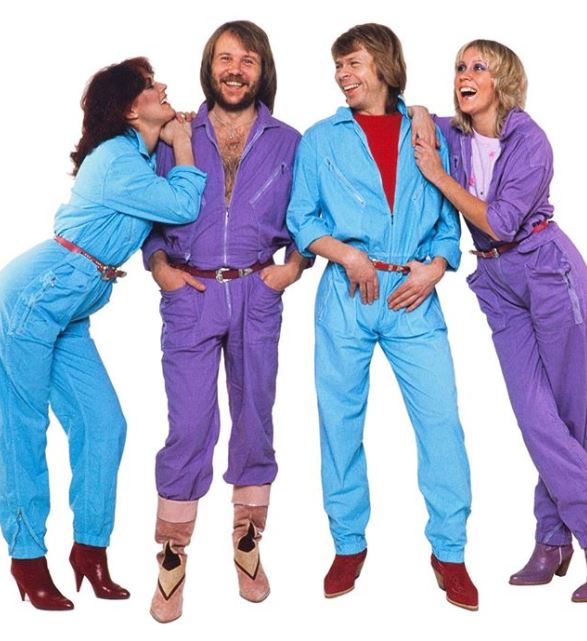 What are the ABBA famous for?

ABBA is famous for being a Swedish pop supergroup first formed in Stockholm in 1972. The group consisted on Agnetha Fältskog, Björn Ulvaeus, Benny Andersson and Annie-Frid Lyngstad. The name of the band was an acronym of the first letters of each of the band member’s first names. The band became one of the most commercially successful acts in the history of music and regularly topped the charts across the globe between 1974 and 1982. During the active years of the band there were two married couples; Fältskog and Ulvaeus, and Lyngstad and Andersson. The pressure of international fame caused their marriages to collapse. The change in their personal circumstances was reflected in the darker lyrics in their later songs. It is estimated that the band has sold more than 380 million records around the world, making them on the best-selling artists in history. They are known for being one of the first group’s from a non-English speaking country to achieve the level of international success that they did. In 2010 they were inducted into the Rock and Roll Hall of Fame and in 2015 their song ‘Dancing Queen’ was inducted into the Grammy Hall of Fame.

How did the ABBA’s career begin?

At the age of eighteen, Benny Andersson joined the popular Swedish pop-rock group the Hep Stars who were known as the Swedish Beatles. Andersson began writing songs for the band, many of which became successful hit songs. Meanwhile, Björn Ulvaeus fronted the Hootenanny Singers, a folk-skiffle group where he began to write English-language songs. Hep Stars and the Hootenanny Singers would sometimes cross path on tour and in 1966 Ulvaeus and Andersson decided to write a song together.

Andersson wrote and submitted a song, titled ‘Hej, Clown’ for Melodifestivalen in 1969, it was the national festival to select the Swedish entry into the Eurovision Song Contest. The song tied for first place but was relegated to second after revoting. During the content Andersson briefly met Anni-Frid Lyngstad, they became a couple a month later. After their bands began to break up Andersson and Ulvaeus got together to record an album together in 1970.

Agnetha Fältskog sang with a local dance band and sent a demo to Karl Gerhard Lundkvist who was impressed and invited her to record in Stockholm. At the age of eighteen, she has a song that went to number one in Sweden and between 1968 and 1971 she released a number of successful singles.

In May 1969 during the filming of a Swedish TV special, Fältskog and Ulbaeus met, they were married two years later. Anni-Frid Lyngstad began singing at the age of 13 and won a national talent contest which earned her a recording contract with EMI. She met her future bandmates in 1969, meeting Andersson at Melodifestival.

In 1970 they tried to combine their talents with a liv stage act called Festfolket. The show only received a lukewarm reception and was shelved so that the band members could pursue solo work.

The quartets first hit came with the song ‘Hej, gamle man’ which reached number one in Sweden.

In 1972 the group submitted the song ‘Sag det med en sang’ to Melodifestivalen. Their single ‘She’s My Kind of Girl’ was popular in Japan. In 1973 the band again submitted a song to Melodifestivalen, it came third but still became a hit and the group released their debut album ‘Ring, Ring’ which was a hit in Europe and South Africa.

In 1973 the band’s manager Stig Anderson began to refer to them as ABBA.

What was the ABBA’s career breakthrough?

The group began planning for the 1974 Melodifestivalen and entered the song ‘Waterloo’. The song won the 1974 Eurovision song contest and ABBA was given the opportunity to tour Europe. The song ‘Waterloo’ was the band’s first hit single in large markets like the UK and West Germany. The band’s follow up single ‘Honey, Honey’ peaked at number 27 in the US.

In 1974 the band began their first European tour, it was lacklustre in some places and they had to cancel some shows but the Scandinavian leg of the tour saw them play in front of larger crowds. In 1975 the band released ‘I Do, I Do, I Do, I Do, I Do’ the song climbed the charts to number 38. Later they released their studio album ‘ABBA’ and their song ‘SOS’ reached number six on the UK charts. The song ‘Mamma Mia’ reached number one in the UK, Germany and Australia.

The band’s fourth album ‘Arrival’ was a best-seller in Europe and Australia and included a number of hits including ‘Money, Money, Money’ and ‘Knowing Me, Knowing You’. The biggest hit from the album was ‘Dancing Queen’ which topped the charts in the US as well as a number of other countries.

In 1977 the band embarked on their first big tour, they opened in Oslo, Norway  and continued to tour throughout Europe in front of huge crowds. They played 11 dates in Australia in front of 160,000 people.

In 1977 they released an album titled ‘ABBA: The Album’ which included the hits ‘The Name of the Game’ and ‘Take a Chance on Me’.

In 1979 the band performed the song ‘Chiquitita’ and released it a week later, it went to number one in ten countries. Mid-way through the year Ulvaeus and Fältskog announced their divorce. Their sixth album ‘Voluez-Vous’ was released in 1979, none of the singles from the album topped the charts. In September they began their tour and played 17 sold out show in the US and Canada.

What have the ABBA done since their career breakthrough?

In 1982 the group came together for more recording sessions but shelves much of their work. They eventually released a double compilation album called ‘The Singles: The First Ten Years’. The group never officially announced their disbandment but their final public performance was I 1982 until their 2016 reunion. The four were seen publicly together in 2008 after the release of the ‘Mamma Mia!’ movie.

The band experienced a resurgence in interest in the 1990s due to the release of a Greatest Hits album and several cult films in Australia, ‘Muriel’s Wedding’ and ‘The Adventures of Priscilla, Queen of the Desert’ which included their music.

In 2018 the band announced two new songs, ‘I Still Have Faith in You’ and ‘Don’t Shut Me Down’, they were due to be released in 2020 but are currently on hold due to the coronavirus pandemic.