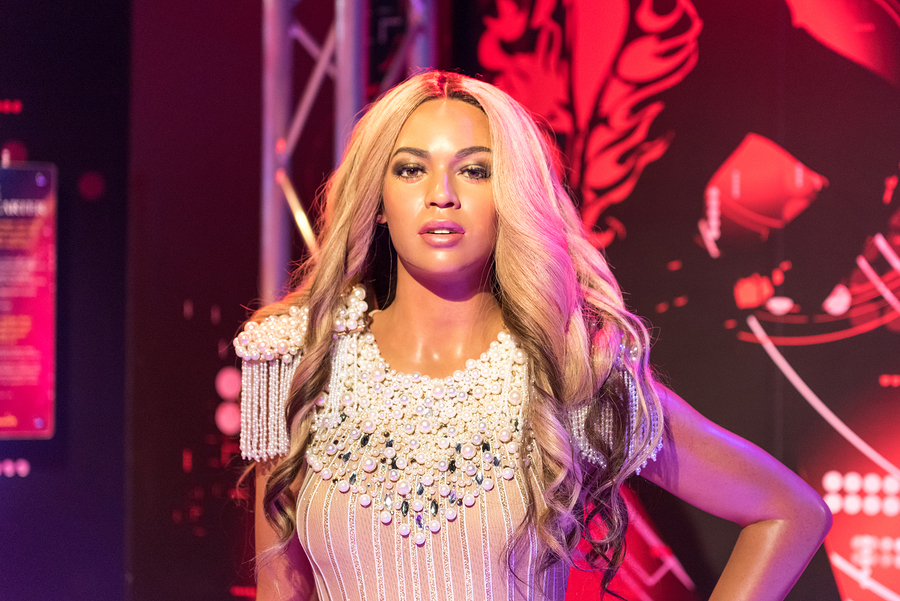 What is Beyonce’s full name?

Beyonce’s full name is Beyoncé Giselle Knowles-Carter. She took the last name of her husband when they got married. The name was chosen by her mother to reflect her French maiden name, Beyince. Beyonce is often nicknamed Queen Bey by her fans. The name reportedly means ‘Beyond Others’ and has become popular since Beyonce became famous.

What is Beyonce’s age?

Beyoncé was born on the 4th of September 1981 in Houston, Texas and is currently 38 years of age. Beyonce and her husband have a 12 year age gap as he is currently 50 years old. The singer looks exceptionally youthful and is still one of the most popular pop-singers in the music industry.

Who is Beyonce’s family?

Beyonce is the daughter of Celestine ‘Tina’ Knowles and Mathew Knowles. Her mother was a hairdresser and salon owner while her father was a Xerox sales manager. Beyonce also has a younger sister, Solange who is also a singer and a back-up dancer for Destiny’s Child.

Where did Beyonce go to school?

Beyonce went to St. Mary’s Montessori School in Houston where she participated in dance classes. Her singing talent was discovered at the school after she finished a song that her dance instructor was humming. She continued to show an interest in music and performance, winning a talent show at the age of seven and beating older children. She enrolled in Parker Elementary school and music school in Houston when she performed in the choir. She then went on to attend the High School for the Performing and Visual Arts and then Alief Elsik High School. She also joined the St. John’s United Methodist Church choir as a soloist.

Where did Beyonce live?

Beyonce Knowles lives in an $85 million Beverly Hills estate with her husband Jay Z. The home features 8 bedrooms and 15 bathrooms and sits on 23,000 square feet.  It also features a 16 car garage. Beyonce and Jay Z also own properties around the world.

What was Beyonce’s height and weight?

Beyonce is 5 feet 6 inches tall or approximately 167 cm’s tall. She weighs around 70 kg’s usually although she has gained and lost weight around her pregnancies. Following her recent pregnancy she weighed 98kg’s and lost the weight with a strict diet and exercise regime. The diet included no bread, no carbs, no sugar, no dairy, no meat, no fish and no alcohol.

What nationality is Beyonce?

Beyonce was born in the United States and is an American citizen. Her father is African American whilst her mother is of Louisiana Creole descent which included African American, Native American and French heritage. Beyonce is also a descendant of Joseph Broussard an Arcadian leader.

Beyonce rarely discusses personal topics like religion with interviewers but it has been claimed that she has been a member of the St. John’s Methodist Church since she was a child and that she is still part of the Church as an adult, indicating that she is Christian. Some of her songs such as ‘Halo’ also have religious undertones which seem to indicate some of her spiritual beliefs.

What is Beyonce famous for?

Beyonce is famous for being an American singer, songwriter and actress. She first rose to fame as the lead singer of Destiny’s Child which is one the most successful girl groups in history. She has had a highly successful solo career and is known for being a ‘triple threat’.

How did Beyonce’s career start?

Beyonce’s career first began when she was eight and she auditioned with her childhood friend Kelly Rowland for a place in an all-girl entertainment group. She was placed in a group called Girl’s Tyme which rapped and danced on the talent show circuit. The group performed on Star Search which was the biggest talent show on national TV at the time. The group failed to win but in 1995 Beyonce’s father resigned to manage the group full time. The group auditioned for record labels and eventually recorded their debut album. The group’s name was changed to Destiny’s Child in 1996 and they released a son which was featured in Men in Black. They released their self-titled debut album in 1997 and a multi-platinum second album in 1999. The group went on hiatus in 2001 to pursue solo careers. Beyonce made her film debut in 2002 in Austin Powers Goldmember which received mixed reviews.

What was Beyonce’s career breakthrough?

In 2002 Beyonce released her first solo recording on Jay Z’s ’03 Bonnie & Clyde’ and her first solo album, Dangerously in Love in 2003. The single on the album, ‘Crazy in Love’ became Beyonce’s first number one hit. In 2004 she recorded Destiny Child’s final album, Destiny Fufilled.

What has Beyonce done since his career breakthrough?

Beyonce’s second solo album was released in 2006, titled ‘B’Day’ the song became a number one album. She appeared in both the Pink Panther and Dreamgirls in that year and also embarked on a worldwide concept tour. She released her third studio album ‘I Am…Sasha Fierce’ in 2008. The album featured the number one songs, ‘If I Were a Boy’, ‘Halo’ and ‘Single Ladies (Put a Ring on It)’. Beyonce appeared in Cadillac Records and in the thriller Obsessed in 2008. In 2011 she came out with her fourth album ‘4’ which featured the singles ‘Run The World (Girls)’, ‘The Best Thing I Never Had’ and ‘Love On Top’. Destiny’s Child released a compilation album in 2013. In 2013 Beyonce went on ‘The Mrs. Carter Show World Tour’ which became one of the most successful tours in history. Later that year she unexpectedly released her fifth album, the song Drunk In Love peaked at number two on the charts. In 2016 she released Lemonade which set the record for most streamed album in a week. More recently she has been touring and leant her voice to the live action Lion King film.

What was Beyonce’s net worth?

Beyonce’s estimated net worth is approximately $400 million whilst her husband Jay Z has a net worth of $1 billion. Her impressive net worth has been built up thanks to her singing career as a solo artist and in the girl group Destiny’s Child. Beyonce and Jay Z spend their fortunes on lavish home, a private jet and luxury yachts.

Who has Beyonce married?

Beyonce is married to Jay Z whom she met during her collaboration with him on ’03 Bonnie & Clyde’. The couple dated for a number of years before marrying privately in 2008. The couple have publicly acknowledged that Jay Z had an affair. Beyonce has also been honest about the miscarriage that she suffered in 2010. The couple tour together and create music together.

Does Beyonce have kids?

Beyonce unexpectedly became pregnant in Paris in 2011 and subsequently announced her pregnancy during an MTV video performance. The announcement attracted 12.4 million viewers and became the most watched broadcast in MTV history. The phrase ‘Beyonce pregant’ was the most googled phrase of the week. In 2012 Beyonce gave birth to her first daughter, Blue Ivy Carter. In 2017 Beyonce announced that she was expecting twins. In June Beyonce confirmed the twins were named Rumi and Sir Carter.

Listing to Beyonce’s music at https://chilloutradio.com