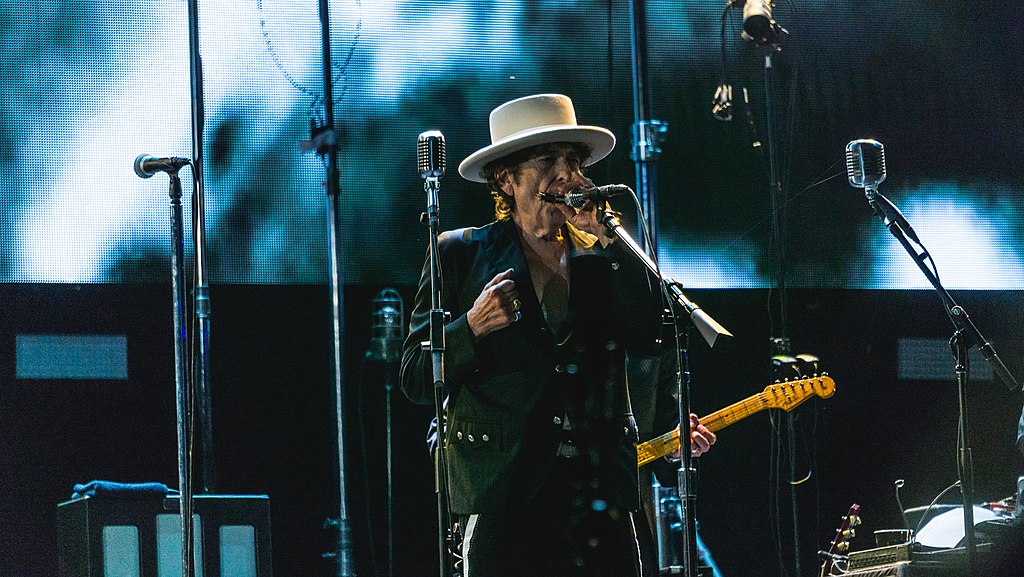 What is Bob Dylan’s full name?

Bob Dylan’s full name at birth was Robert Allen Zimmerman, he goes by the common nickname for Robert, ‘Bob’ and chose to go by the last name ‘Dylan’ for his stage name. He legally changed his name to Bob Dylan after using it for many years. He chose the name because he felt it sounded more interesting than ‘Robert Zimmerman’.

What is Bob Dylan’s age?

Bob Dylan was born on the 24th of May 1941 in Duluth, Minnesota. He is currently 78 years of age. Even as he nears his 80s Bob Dylan is still active in his music career and has been performing for almost six decades.

Who is Bob Dylan’s family?

Bob Dylan is the song of Abram Zimmerman and electrical appliance store owner and Beatrice ‘Beatty’ Stone. Both of his parents were a part of a close Jewish community. The family lived in Duluth until Bob Dylan was six and then they returned to his mother’s hometown of Hibbing whilst his father was suffering from polio.

Where did Bob Dylan go to school?

Bob Dylan went to Hibbing High School where he formed a number of bands. He performed covers of songs by Little Richards and Elvis Presley with his band the Golden Chords. His louds performance during a talent show prompted the principal to cut the microphone. In 1959 after graduating, Bob Dylan moved to Minneapolis and enrolled at the University of Minnesota. Bob Dylan started performing a coffee shop close to campus and got involved in the Folk music circuit.

Where did Bob Dylan live?

Bob Dylan lives in a 1970s Malibu mansion which he purchased for $105,000 in 1979. He has since expanded the home by buying the surrounding homes and it now covers more than 6,000 square feet. The home has six bedrooms and six bathrooms and has been recently renovated to include solar panels, a trampoline, a basketball court and an outdoor pool.

What was Bob Dylan’s height and weight?

Bob Dylan is approximately 5 feet 6 inches tall or roughly 169 cm’s and he weighs roughly 63kg’s. Bob Dylan is shorter than the average male in America and has always had a slim build.

What nationality is Bob Dylan?

Bob Dylan was born and raised in a Jewish household, although their beliefs were not strictly observed in the home. In the late eighties he converted to Christianity and became an evangelical Christian. He went through a Gospel music period where he delivered sermons on-stage and used Christian lyrics. He appears to still be a Christian but the overtly Christian themes of his music have faded.

What is Bob Dylan famous for?

Bob Dylan is famous for being an American singer-songwriter, author and visual artist. He has had a big impact on the music industry and been an important figure in popular culture for more than fifty years. Some of his songs have become anti-war anthems and became linked to counterculture in the 1960s.

How did Bob Dylan’s career start?

Bob Dylan’s career began when he dropped out of college and travelled to New York City to perform and visit his music idol Woody Guthrie. Dylan began playing clubs around New York and worked at Gerde’s Folk City. Bob Dylan was signed to Columbia Records by John Hammond. His self-titled first album was released in 1962. Bob Dylan signed with manager Albert Grossman and travelled to the United Kingdom in 1962 where he performed ‘Blowin’ In The Wind’. Bob Dylan released his second album in 1963 ‘The Freewheelin’ Bob Dylan’ with many of the songs being labeled protest songs.

What was Bob Dylan’s career breakthrough?

Bob Dylan’s profile rose when he walked out of the Ed Sullivan Show and was told that the song ‘Talkin’ John Birch Paranoid Blues’ was potentially libelous. Dylan walked out to protest censorship. Bob Dylan came out with a third album, ‘The Time They Are a-Changin’ which addressed a number of political issues. Dylan went on to record the more humorous, ‘Another Side of Bob Dylan’ in 1964. He released ‘Bringing It All Back Home’ in 1965. In July of the same year Dylan’s six minute single ‘Like a Rolling Stone’ peaked at number two on the US charts. Bob Dylan then brought out Highway 61 Revistited which featured the 11 minute ‘Desolation Row’. Bob Dylan went on tour and was touring for five years.

What has Bob Dylan done since his career breakthrough?

In 1966 Bob Dylan was in a motorbike accident near him home and he did not tour again for another eight years. He admitted in his biography that he wanted to take a break from the rat race. Bob Dylan returned to the studio in 1967 with All Along the Watchtower. During the 1970s his music was varied and inconsistent. His album Self Portrait was poorly received. Bob Dylan returned to touring in 1973. He released the album ‘Blood on the Tracks’ in 1974 but did not release it until 1975. He released the album Desire in 1976. He went on a yearlong tour in 1978. During the 1980s Dylan went through a period where he refused to play his older music due to his conversion to Evangelical Christianity. Bob Dylan performed throughout the 1980s and took part in the Live Aid famine relief single ‘We are the World’. He was inducted into the Rock and Roll Hall of Fame in 1988. In the 1990s Dylan released the album Under the Red Sky. Dylan produced a number of albums in the 2000s including ‘Things Have Changed’ and ‘Love and Theft’. More recently he has released the albums Modern Times, Together Through Life and Christmas in the Heart. Dylan released Tempest in 2012, Shadows in the Night in 2015 and Fallen Angels in 2016..

What was Bob Dylan’s net worth?

Bob Dylan has an estimated net worth of $180 million thanks to his career which has spanned more than five decades. Most of Bob Dylan’s income comes from his singing and song-writing credits and

Who has Bob Dylan married?

Bob Dylan has been married twice. His first marriage was to Sara Lownds in 1965. The couple got divorced in 1977. In 1986 Bob Dylan remarried, this time to his back-up singer Carolyn Dennis. The marriage and his daughter were kept private until years after his divorce from Carolyn Dennis

Does Bob Dylan have kids?