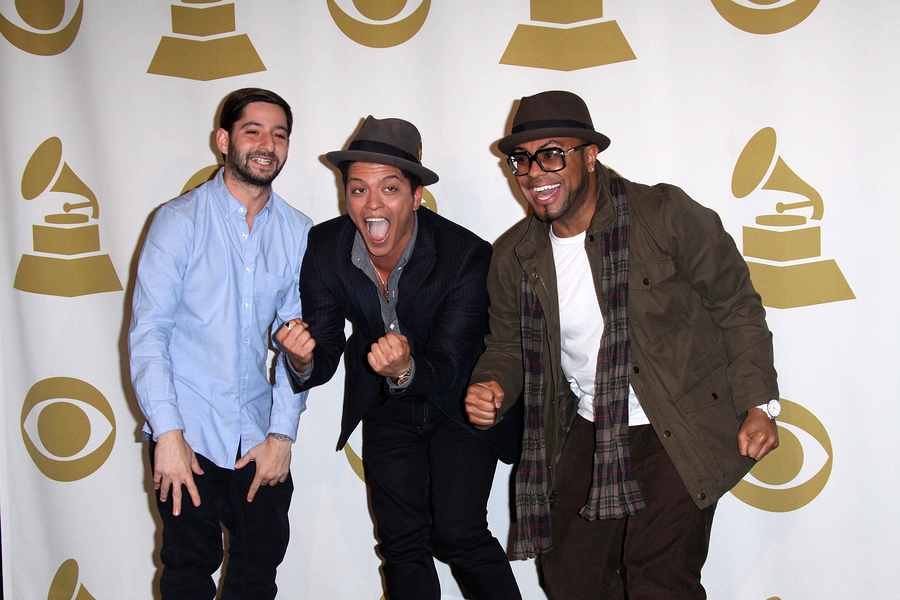 What is Bruno Mars’ full name?

Bruno Mars’ real name is Peter Gene Hernandez, he chose his stage name when he moved to Los Angeles to help prevent being pigeonholed as a Latino artist. ‘Bruno’ was the nickname that his father chose for him growing up because of his resemblance to the wrestler, Bruno Sammartino, and he chose ‘Mars’ as he felt he needed a second name to make his name catchier, he chose the last name because he always felt like he was from a different planet.

What is Bruno Mars’ age?

Bruno Mars was born on the 8th of October, 1985 and he is currently 34 years of age. He was born in Honolulu, Hawaii where he grew up. He was raised in the popular tourist neighbourhood of Waikiki. Bruno Mars has had a successful career since his 20’s.

Who is Bruno Mars’ family?

Bruno Mars is the son of Peter Hernandez and Bernadette San Pedro Bavot. His father was originally from Brooklyn, New York whilst his mother emigrated from the Phillippines to Hawaii when she was a child. His mother was a hula dancer and his father was a percussionist. Bruno Mars has five other siblings and comes from a musical family. His mother likes to sing and dance whilst his father was part of a rock and roll music group. His uncle was an Elvis impersonator whom encouraged Bruno Mars’ love of performing. From age five, Mars performed in his family’s band, The Love Notes. His parents divorced when he was 12 years old.

Where did Bruno Mars go to school?

Bruno Mars attended President Theodore Roosevelt High School where he sung with a group called The School Boys. Whilst in high school he performed with his family band and became the opening act of a big magic show as a Michael Jackson celebrity-impersonator which would make him $75 per performance. He moved to Los Angeles quickly after graduating high school after his sister played his demo tape to Mike Lynn, the head of A&R.

Where did Bruno Mars live?

Bruno Mars currently lives in Fryman Canyon (where George Clooney also owns a home). His home has seven bedrooms, eight bathrooms and a separate wing for children with two en-suite bathrooms, a guest room and a separate kitchen. The home also features a sauna room and steam bath, an infinity pool, a wine cellar and a playground.

What was Bruno Mars’ height and weight?

Bruno Mars is well known for his small stature and is often acknowledged for being pint sized by Hollywood and music industry standards. At only approximately 165 cm’s tall, or around 5 feet 3 inches he stands at well under the height of the average American male. He weighs in at a small 67 kg’s. He stays slim thanks to his regular energetic dancing performances and healthy diet and exercise routine, although he does seem to be naturally thin.

What nationality is Bruno Mars?

Bruno Mars’ father is of Puerto Rican and Ashkenazi Jew ancestry whilst his mother is Filipino and has some Spanish heritage.

Bruno Mars has not spoken openly about his religious beliefs to the press. It is possible due to his father’s heritage that he may be Jewish, but it is likely that he is Christian, Agnostic or Atheist.

What is Bruno Mars famous for?

Bruno Mars is famous for being an American singer, songwriter, dancer, producer, instrumentalist and celebrity impersonator. He is most well-known for his flashy stage performances and music which draws from a a range of influences such as pop, R&B, funk, reggae, soul and rock. Mars and his band play a variety of instruments on-stage, including bass, guitar, piano and horns. Bruno Mars has become one of the best-selling artists in the world and has had seven number one singles on the Billboard Hot 100 since the launch of his career. He has received many awards and nominations over the course of his career, including 11 Grammy awards.

How did Bruno Mars’ career start?

Bruno Mars moved to Los Angeles in 2003 after graduating high school and began pursuing a musical career. He was dropped by Motown Records but then signed a record with Atlantic Records in 2009. His first hit was in 2010 when he collaborated with other artists on the successful singles ‘Nothin’ On You’ by B.o.B and ‘Billionaire’ by Travis McCoy. His first album, ‘Doo Wops & Hooligans’ was released in 2010 and included a number of number one singles including ‘Just The Way You Are’, ‘Grenade’ and ‘The Lazy Song’.

What was Bruno Mars’ career breakthrough?

Mars career breakthrough by all accounts was his first album, but his second album ‘Unorthodox Jukebox’ was his first number one album on the Billboard 200. The album won the Grammy for Best Pop Vocal Album and included the number one singles ‘When I was Your Man’ and ‘Locked Out Of Heaven’. In 2014 Bruno Mars worked with Mark Ronson on ‘Uptown Funk’ which won two Grammy Awards. In 2016 he released his third album ‘24K Magic’ which won album of the year and included the successful singles ‘That’s What I Like’, ‘Finesse’ and ‘24K Magic’.

What has Bruno Mars done since his career breakthrough?

Bruno Mars began his tour for his third album in March 2017, the tour known as the 24K Magic World Tour ended in 2018 and grossed more than $300 million. In 2019 Bruno Mars announced that he would be taking up his second Las Vegas residency at Park MGM’s Park Theatre and he released a single with Cardi B called ‘Please Me’, the single made it to number three on the Billboard Hot 100. He also released a single with Ed Sheeren and Chris Stapleton. His residency in Las Vegas is due to begin in 2020.

What was Bruno Mars’ net worth?

Since the launch of his career in 2010, Bruno Mars has managed to amass a massive $150 million dollar fortune. Most of his fortune has been earned from the royalties from his albums and collaborations with other artists, but he has also earned significant income from touring, merchandise and his Las Vegas residencies.

Who has Bruno Mars dated?

Bruno Mars has previously been romantically linked to Chanel Marvar who was his girlfriend between 2007 and 2012. Rita Ora whom he was rumoured to have dated between 2009 and 2011. He has also been linked with Rocsci Diaz (in 2011) and Amelle Berrabah in 2011. He is currently engaged to Jessica Caban, the couple have been engaged since 2016 but likely have not tied the knot yet due to Mars’ touring commitments.

Does Bruno Mars have kids?

Since getting engaged there has been persistent rumours that Bruno Mars and Jessica Caban may be expecting, but as of yet this doesn’t seem to be the case. Whilst fans are on baby bump watch it’s likely the couple are holding off until Bruno Mars is less busy.