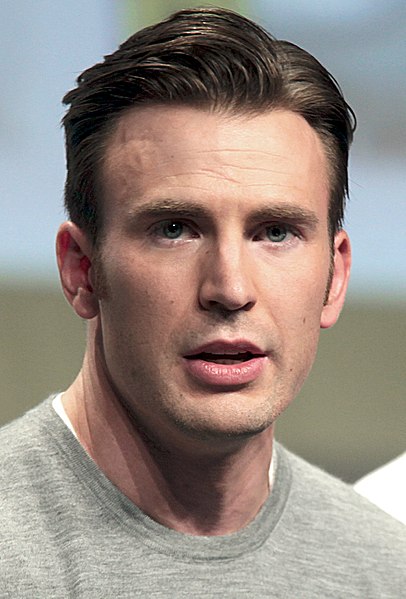 What is Chris Evans’ full name?

Chis Evans full name is Christopher Robert Evans, he goes by the shorted form ‘Chris’ professionally. He is often touted as one of the three famous Chris’s, the trio of Hollywood leading men who are currently getting some of the best roles in Hollywood.

What is Chris Evans’ age?

Chris Evan was born on the 13th of June, 1981. He is currently 38 years old, he was born in Boston, Massachusetts, United States. He has become one of the leading men in Hollywood and regularly appears on lists of the Hottest celebrities in Hollywood.

Who is Chris Evans’ family?

Chris Evans’ mother’s name is Lisa (nee Capuano), she is an artistic director at the Concord Youth Theatre. His Father, G. Robert Evans III is a dentist. Chris Evans also has two sisters, Carly and Shanna and a younger brother Scott. His sister Carly us a graduate of the Tisch School of the Arts and teaches high school drama and English. His brother is an actor on a soap opera. His uncle represented the same Massachusetts Congressional district that Tip O’Neill previously represented.

Where did Chris Evans go to school?

Chris Evans went to school at Lincoln-Sudbury Regional High School and later moved to New York City to take classed at the Lee Strasberg Theatre and Film Institute. He attended his high school reunion for the 20 year anniversary since he graduated recently.

Where does Chris Evans live?

Chris Evans live in a a huge 4,600 square foot home that overlooks Los Angeles. The huge home is a gated estate and has 3 bedrooms, 4 bathrooms and a pool. The home was purchased for $3.5 million. The homes impressive bathroom features a steam shower, a free-standing tub in a master bathroom which is made from Calcutta marble.

What is Chris Evans’ height and weight?

Chris Evans is 6 feet tall, or 183 cm and weighs roughly 88kg’s. His weight fluctuates quite a lot depending on his roles. He bulked up quite a bit for his role as Captain American and has maintained a muscular physique ever since with an intense diet and exercise routine. Now that he has retired from the role he may start to slim down a bit.

What nationality is Chris Evans?

Chris Evans was born in the United States and is an American citizen, his mother is of half Irish and half Italian ancestry and his father is half British and half German. He currently resides in Los Angeles and has done for a number of years, although he did previously live and work in New York.

Chris Evans was raised as a Catholic though he is not a devoted follower anymore and says that he believes in science over religion. Whilst he says he doesn’t believe in God, he does believe that the concept of God can be whatever people want it to be. He has said that he believes in evolution and whilst he does seem to have a sense of spirituality he seems to be mostly an atheist.

What is Chris Evans famous for?

Chris Evans is famous for being an American actor who first shot to fame with his role in the Fantastic Four series and its sequel and his later role as Captain America in the Marvel Cinematic universe. He has so far appeared in eleven Marvel films. He has quickly established himself as one of the highest paid actors in the world.

How did Chris Evans’ career start?

Chris Evans’ first appearance was in short educational film called Biodiversity: Wild About Life, in 1997. Evans was also the model for ‘Tyler’ in the board game Mystery Date. He later appeared in Not Another Team Movie which helped him get lead roles in The Perfect Score and Cellular.

What was Chris Evans’ breakthrough role?

Chris Evan’s career took off when he played superhero Johnny Storm, or the Human Torch in the 2005 comic book adaptation of the Fantastic Four. Chris Evans later appeared in the sequel to the film before starring in Sunshine. In 2008 he appeared in Street Kings with Keanu Reeves and The Loss of a Teardrop Diamond. In then went onto appear in films such as Push and Scoot Pilgrim vs. The World. In 2011 he started playing Captain America and also starred in a romantic comedy, What’s your Number? alongside Anna Faris.

What has Chris Evans done since his breakthrough role?

Chris Evans made his directorial debut with Before we Go in 2014, he has come out to say that he struggled with the script. More recently Chris Evan’s has starred in The Iceman and Snowpiercer. He has also made many appearances in the Marvel Cinematic Universe and associated films including his own Captain America franchise and The Avengers. He recently retired from the Marvel films. He has recently appeared in The Red Sea Dicing Resort and Knives Out.

What is Chris Evans’ net worth?

Chris Evans has an estimated net worth of $70 million. He made his debut on the list of highest paid actors in 2015, coming in 32nd on the list. He has been named the ‘best actor for the buck’ because his films earn big returns in comparison to his salary. His earning have grown a lot in recent years however, in 2017 he earned $18 million, but by 2019 his salary had grown to $43.5 million.

Who has Chris Evans dated?

Chris Evans has had quite a lively dating history over the last few years. In the early days of his career he dated Jessica Biel, between the years of 2001 and 2006. They dated following the release of Not Another Teen Movie and Biel has said that he was quite a romantic. After dating Biel, Chris Evans moved onto Christina Ricci, whom he dated for a short time in 2007 before he started dating Minka Kelly. His relationship with Minka Kelly lasted until 2014, the couple split amicably due to their conflicting schedules. He then went on the date Sacha Kemp for a short time in 2011 before dating Lucy Pinder in 215. Most recently he has dated Jenny Slate, between 2016 and 2018. He has had a number of rumoured hook ups with actresses such as Emmy Rossum, Vida Guerra, Kristin Cavallari, Sandra Bullock, Lily Collins and Elizabeth Olsen.

Does Chris Evans have kids?

Chris Evans currently has no kids and had never been married, nor is he currently in a confirmed relationship. He has come out to say that he would really like to have a wife and kids, and many tabloids are now saying that they expect it to happen soon as he has left the Marvel universe, giving him more time to focus on building a family. Now that he has more time to focus on his personal aspirations his fans might expect to see him start to settle down.