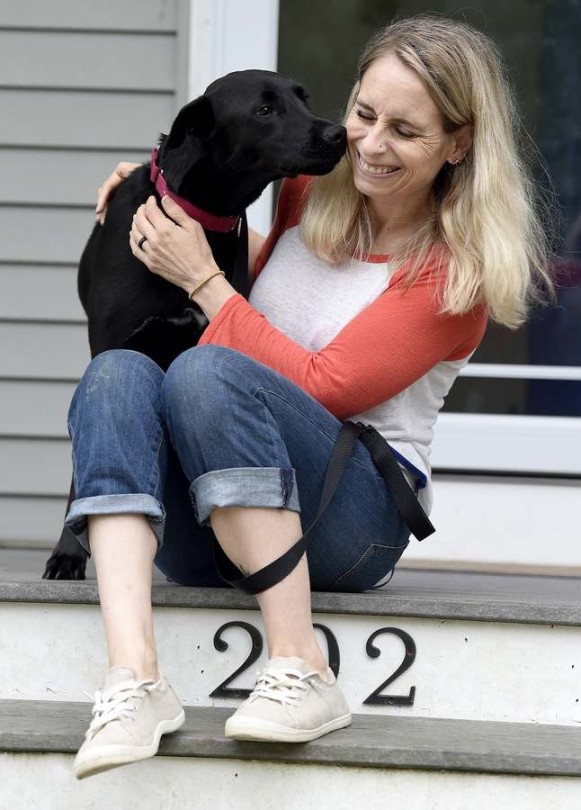 Nancy Mello discovered from a young age she had an extraordinary ability to communicate with people and pets who have passed away. Despite facing pushback in her personal life, Nancy has resolved to help her clients find the closure they seek in connecting them with those they dearly miss.

Nancy took some time to answer some questions about her background and work with her clients.

Hi Nancy, when did you discover your ability as a clairvoyant?

I grew up on a farm in Northern California, seven miles from the nearest town. From the age of three or so, I would find myself playing with my imaginary friends that told me things about my life. It wasn’t anything scary. One time I was walking through my family’s pear orchard, and I was told that my favorite animal was a cat. I ran home and told my mom. The next day a cat showed up on our dirt road, a mile (two kilometers) from the nearest paved road. Another time, I was writing my journal, “My mom thinks I’m crazy for hearing these voices, I know they are not real.” Immediately I got an answer back, “We ARE real.”  As I shared stories like these with my family, it frightened them. We grew up catholic, and this type of thing was unnatural. In my teen years, I had an exorcism done to “ward out the spirits”, and I was rejected- both within my family and with friends. I attempted suicide many times and was put on many different types of medications to make these intuitive abilities to go away. It was scary, and it took until my thirties to be fully honest with myself about my true capabilities.

How did you first start helping others communicate with people and pets that have passed away?

After I moved away from home at eighteen, I was able to get off many of the psychotropic medications that I had been on since my early teen years, with the help of a doctor. Once I was able to ween myself off, I found the same abilities resurfacing in interesting ways. One time I was chatting with a boyfriend and admitted I “knew things” “Oh yeah? What was my Grandfather’s name?” He challenged. Immediately the name came to me, and I blurted the correct name out. He claimed I had looked it up beforehand and accused me of being sneaky. As I entered my twenties, it turned into a party-trick of sorts. I would bet kisses and dates with boys if I could tell them something about themselves that no one else knew. Slowly but surely, I began to tell friends that I could connect with people and pets that had past on. I was, “the friend that knew things” and I was happy to pass on whatever knowledge and information came to me when asked.

What kinds of messages do you often get to communicate from the other side to their living relatives/owners?

It’s highly variant upon the relationship and the situation with the person that has passed on. In more surprise deaths, it’s explaining how and why it happened. Many of those that have passed on want to assure their loved ones still living that they didn’t suffer, or that they had an innate understanding that they were passing. Others, particularly parents to children, explain their point of view clearly without judgement on things that happened when they were living. Those that have passed on seem to have a true understanding of what their loved ones will ask, and without my client’s saying a word, will answer all of their questions. Unbeknownst to me, I had one client type out a list beforehand and shared it with me afterwards, only to have every question she was curious about, checked off. My favorite is the odd-ball comments that come out of left field that those that have passed like to share. I had one Grandmother who passed only two days prior, complain to her granddaughter about the fact that her husband of 50-plus years was already changing, “her kitchen up.” Another young man who had passed wanted me to repeat a rap to my client (his mom.) Apparently, he often created and rapped to his mom in his lifetime. For me to understand that he was rapping and then want me to repeat it made both my client and I laugh hysterically. Another thirty-something-year-old man who had passed suddenly days prior told his sister to, “not open his nightstand.” A few days later, my client followed up with me that another sibling had opened his nightstand to clean it out and found some adult material. I never know what I am going to get during a reading, but generally, loved ones at home say or do something to communicate that fill both my client and me up with laughter and joy.

What are some of the decisions that communication with those that have passed help the living to make?

With people, a big one is when to let things go- whether it’s personal items of the deceased or emotions, those that have passed on hate to see those that are living continue to deal with things that in their opinion, really don’t matter. I have had many clients attempt to stay in the same community, area, or house that the deceased left behind, simply because of the memories. Those that have passed want to see you happy- not holding on to grief.  Another one is encouraging their living loved ones to go for whatever they are hesitating on. From their perspective, hesitating is one of life’s greatest blunders: go for that job, that promotion, that food that you love but rarely eat. Life is meant to be lived with joy and gusto. From a deceased pet’s perspective, they want you to get that other dog, cat, guinea pig, or chicken. No, it is not, “too soon” and no, they won’t take offence to you getting another one. They want you to be happy and rest assured, they’ll help you pick the next pet.

What else do you do to help people and animals in your community?

When I am not working with clients in readings, I serve on a small municipal scale in my town. It is an elected position, and I recall being fearful that when I came out as a psychic that I wouldn’t be taken seriously. I recall the first municipal meeting I attended after I started my website. A few other elected members came over to me to tell me they supported me, and they thought it was wonderful what I was doing. As part of that elected position, I am the chairperson of the Parks and Recreation Committee in my town. That means that come budget time for the next year, I fight to ensure Parks and Recreation are continues to be funded. I have since run for and won re-election. It was a huge validation for me that I could honor both my civic duty and being a psychic medium. I also volunteer my services, helping assist local rescues in finding the right homes for dogs and cats. Being able to tap into a pet’s personality means that we can truly triangulate the best home for the animal.

Thank you Nancy for your time!
You can follow up with Nancy Mello at https://nancymello.com or her Facebook page.