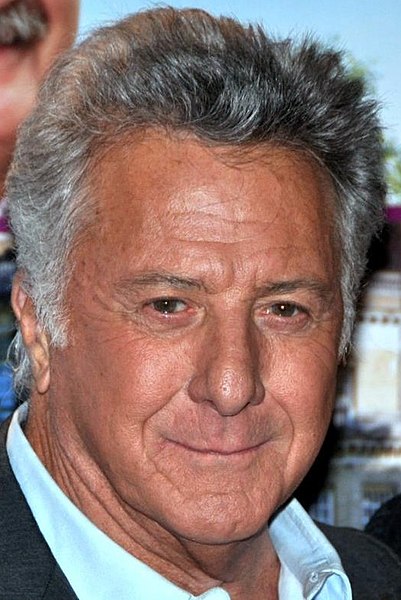 What is Dustin Hoffman’s full name?

Dustin Hoffman’s full name is Dustin Lee Hoffman, unlike many film stars he chooses to go by his real name. He was named after the stage and silent film actor Dustin Farnum. His mother chose the name because she was expecting a girl, and under pressure to decide on a name selected Dustin after seeing a woman’s magazine with the silent star on the cover.

What is Dustin Hoffman’s age?

Dustin Hoffman was born on the 8th August, 1937 and is currently 82 years of age. He was born in Los Angeles, California and grew up there. He lives there now as an adult. Despite his career slowing down a bit in his later years, he has remained active in film roles into his 80s.

Who is Dustin Hoffman’s family?

Dustin Hoffman is the son of Harry Hoffman (1908-1987) and Lillian (nee Gold: 1909-1982). His father was a prop supervisor at Columbia Pictures and later a furniture salesman. He also has an older brother, Ronald, who is a layer and economist. Growing up Dustin was often overshadowed by his brother who was a gifted athlete and seven years older than him. Dustin‘s childhood was not easy, he grew up during the Great Depression and remembered moving around a lot.

Where did Dustin Hoffman go to school?

Dustin Hoffman graduated from Los Angeles High School in 1955. He then enrolled at Santa Monic College, originally with plans to study medicine. He stayed only a year before leaving to join the Pasadena Playhouse. He took acting lessons at the Neighborhood Playhouse in New York City later on. He was told that he was not good looking enough to become an actor by family members after telling them about his career goals.

Where does Dustin Hoffman live?

Dustin Hoffman lives in a large home in Los, Angeles California. He’s quite private about his home, so not much is known about his home’s interior but the palatial property features a pool and a separate guest house. The homes also features a tennis court and landscaped gardens.

What is Dustin Hoffman’s height and weight?

Dustin Hoffman is 5 feet 5 inches tall, or around 165 cm – making him surprisingly short, especially by Hollywood standards. In the early days of his career he was often told that he wasn’t tall or attractive enough to make it in Hollywood. He was thin as a young man but his weight sometimes fluctuates now depending on his film commitments.

What nationality is Dustin Hoffman?

Dustin Hoffman was born in the United States and is an American citizen. Dustin Hoffman has Jewish ancestry, he was born to a family who Ashkenazi Jews who emigrated from Ukraine. He is descended from family members who were killed by the Cheka and kept in Russian concentration camps.

Dustin Hoffman was not raised in a religious household. His father was an atheist, and Hoffman grew up relatively unaware of his Jewishness. He said that he was circumcised but never had a Bar Mitzvah. He lived in a neighbourhood growing up where he felt the new to lie about his Jewishness. He now identifies as a Jew as an adult.

What is Dustin Hoffman famous for?

Dustin Hoffman is most famous for being an American actor and filmmaker. He is best known for playing antiheros and vulnerable characters. He has won a number of awards during his career including two Academy Awards, six Golden Globe Awards, four BAFTAs and two Emmy Awards.

How did Dustin Hoffman’s career start?

Dustin Hoffman took acting classes at Santa Monica College and became interested in acting. He sent the following ten years struggling to get jobs and being unemployed. His first acting role was at the Pasadena Playhouse alongside Gene Hackman who he later lived with during the 1960s. He got the occasional bit part and briefly left acting to teach. Hoffman’s critically successful role was in the play Eh? in 1966. He made his film debut in The Tiger Makes Out in 1967, he then went on to film The Time of Your Life.

What was Dustin Hoffman’s breakthrough role?

Hoffman’s first major role came when he received a part in The Graduate, a film that earned him an Academy Award nomination. Hoffman was then offered the leading role in Midnight Cowboy in 1969 which he took to  help prove his versatility as an actor. Hoffman earned a second Oscar nomination for Midnight Cowboy and appeared in John and Mary alongside Mia Farrow.

What has Dustin Hoffman done since his breakthrough role?

After breaking into acting thanks to his role in The Graduate, Dustin’s career continued to grow in the 70s. He took on a role in Little Big Man, a role that won him critical praise. He also appeared in major films like Straw Dogs, Papillion, Lenny. The film Lenny earned six Academy Award nominations. He also appeared in All the President’s Men, Marathon Man and Kramer vs. Kramer. Hoffman’s role in Kramer vs. Kramer won him his first Academy Award. Notable roles in the 80s include Tootsie, Death of a Salesman and Rain Man whilst he notably appeared in Dick Tracy and Hook, Wag the Dog. In the 200s he appeared in a number of films include Meet the Fockers and in Mr. Magorium’s Wonder Emporium. He also appeared as Shifu in Kung Fu Panda. More recently he appeared in the Netflix film, The Meyerowitz Stories which premiered in 2017.

What is Dustin Hoffman’s net worth?

Dustin Hoffman has an estimated net worth of $50 million thanks to his roles in American films, television series and stage performances. He has also earned income from his directorial work on films. His fortune has also grown from his real estate investments, and commercially successful film work.

Who has Dustin Hoffman married?

Dustin Hoffman has been married twice. His first marriage was to Anne Byrne in 1969, the couple was divorced in 1980. During their marriage they lived in Greenwich Village, next door to a townhouse that was occupied by members of the Weathermen who accidentally detonated a bomb in the basement, killing three people. He was re-married in 1980 to businesswoman Lisa Gottesegen.

Who has Dustin Hoffman dated?

Dustin Hoffman has previously been romantically linked to Beverly Johnson who he dated in 1976 and Veruschka von Lehndorff. He has also been linked to actress Betty Kelly.

Does Dustin Hoffman have kids?

Dustin Hoffman adopted daughter Karina (born 1966) during his marriage to Anne Byrne and has a daughter, Jenna (born 1970) with his then wife. He has four children with Lisa Gottesgen, a son Jacob Edward (born 1981), a daughter Rebecca Lilian (born 1983), son Maxwell Geoffrey (born 1984) and daughter Alexandra Lydia “Ali” (born 1987). Hoffman now has two grandchildren. Hoffman’s children from his marriage to Lisa have all had bat mitzvahs.