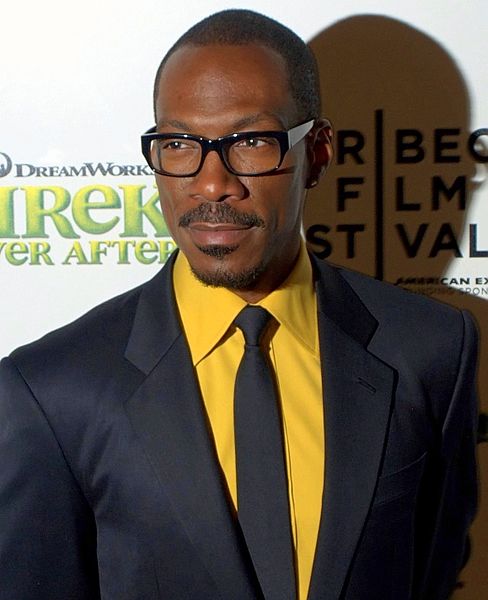 What is Eddie Murphy’s full name?

Eddie Murphy’s full name is Edward Regan Murphy, he goes by the shortened nickname ‘Eddie’ in his professional career. The name fits with his comedic personality and presence and the softer ‘family friendly’ image that he started to create as his career took off which was at odds with his early career which was charaterised by shock humour and profanity.

What is Eddie Murphy’s age?

Eddie Murphy was born on the 3rd April, 1961 in Brooklyn, New York. He is currently 58 years of age. He has been famous since his early 20s and started his career in his teens. Despite reaching almost 60 years of age, Eddie Murphy still looks very young, although he does now have some salt and pepper hair.

Who is Eddie Murphy’s family?

Eddie Murphy is the son of Lilian and Charles Edward Murphy. His mother was a telephone operator while his father was a transit police officer and amateur comedian. He grew up in the Bushwick neighbourhood of Brooklen, New York City. Eddie Murphy’s parents broke up when he was three and his father died when he was aged eight after being stabbed to death by a woman. His mother later became too ill to care for Eddie and his brothers and they were put into foster care for a year.

Where did Eddie Murphy go to school?

Eddie Murphy went to Roosevelt High School in Roosevelt, New York. He was voted most popular whilst at school and was well known for performing stand-up comedy routines around the school auditorium. At the age of 15 he listened to the comedy album That Nigger’s Crazy and became inspired to become a comedian. He began to perform as the Roosevelt Youth Centre, and then other clubs in walking distance. He would secretly skip school to perform, which was later discovered by his mother when he had to attend summer school.

Where does Eddie Murphy live?

Eddie Murphy lives in a Beverly Hills home in an exclusive community overlooking the Hollywood Hills. The home has been renovated by Eddie Murphy with $20 million in renovations. The home is 18,598 square feet and has 10 bedrooms, 17 bathrooms, a pool and a bowling alley. The property was initially purchased for $10 million. There are lush gardens surrounding the home to help increase its privacy.

What was Eddie Murphy’s height and weight?

Eddie Murphy stands at about 5 feet 9 inches tall, or 176 c and weighs around 77kg’s. He is about the average height for most American men, but a little shorter than many of the leading men in Hollywood, although he never appears that way on film. He has always been quite slim and muscular throughout most of his career.

What nationality is Eddie Murphy?

Eddie Murphy was born in the United States and is an American citizen; he is an African-America man. For a short time after the release of his reggae album it was rumoured that Eddie Murphy was Jamaican but he has come out to say that he has no Jamaican ancestry.

Eddie Murphy has said that he believes in God and is a religious man. He has credited his belief in God with keeping him on the right path at certain points in his career. He said that had he not believed in God his life would have been ‘totally different’. He was at one point offered drugs by Robin Williams and John Belushi (who later died of an overdose) and said that he probably would have crashed and burned.

What is Eddie Murphy famous for?

Eddie Murphy is famous for being an American actor, comedian and singer. He has ranked in the top ten on Comedy Central’s list of the 100 greatest stand-up’s of all time. He has earned himself a number of Golden Globe Nomination and won a Golden Globe Award for his character James “Thunder” Early in Dreamgirls, he received an Academy Award nomination for the same role.

How did Eddie Murphy’s career start?

Eddie Murphy’s career began with stand-up comedy sketches when he was a teenager in the 70s. He recorded his first album in 1982 which became popular and later prompted the release of comedy film, Eddy Murphy Raw. He first started to gain attention on Saturday Night Live and was credited with helping to revitalise the show in the 1980s. He made his film debut with 48 Hrs which proved to be a hit. He went on to appear in the film Trading Places, directed by John Landis who would later direct Beverly Hills Cop III.

What was Eddie Murphy’s breakthrough role?

Murphy was already well known by the time he appeared in the action comedy film Beverly Hills Cop but it was his first solo leading roles and hugely successful, grossing over $230 million. The movie became the highest grossing in 1984 and the highest grossing R rated comedy film of all time. He then appeared in Golden Child and later reprised his role in Beverly Hills Cop II. Throughout the 90s he continued to appear in a number of highly successful family movies including Mulan, Dr. Dolittle, the Shrek Series, Daddy Day Care and The Haunted Mansion.

What has Eddie Murphy done since his breakthrough role?

After establishing himself as a leading man in family-friendly films he went on to appear in the Broadway musical film Dreamgirls and won a Golden Award for his effort. He was nominated for an Academy Award but lost out to Alan Arkin and infamously left the ceremony immediately after losing out. It was rumoured that he lost due to the poor reception of his film Norbit. He appeared in Tower Heist and more recently appeared in Mr. Church and Dolemite Is My Name. Murphy also had a singing career and has released a number of song s including Party All The Time and a reggae song that he released with Snoop Dog.

What is Eddie Murphy’s net worth?

Eddie Murphy has an estimated net worth of $120 million thanks to his film, music and comedy career. His film have brought in around $7 billion at the box office worldwide so it’s no wonder he has an impressive net worth. His net worth has likely taken a bit of a hit however thanks to the large divorce settlement of $15 million that he had to pay out to his ex-wife. He also has to pay $51,000 a month in child support to Mel B for his daughter.

Who has Eddie Murphy married?

Eddie Murphy first marriage was to long-time girlfriend Nicole Mitchell who he met in 1988 at the NAACP Image Awards. The couple lived together for two years before marrying at The Plaza Hotel in New York City in 1993. Mitchell filed for divorce in 2005 and the divorce was finalised in 2006. Murphy then married Tracey Edmonds in a private ceremony in 2008 on an island of Bora Bora. The couple however did not have legal ceremony and later split up. He is currently engaged to his girlfriend model Paige Butcher whom he started dating in 2012.

Who has Eddie Murphy dated?

Eddie Murphy is also previously known to have dated Paulette McNeely and Tamara Hood, both of who he has children with. He also dated Mel B after his relationship with Nicole Mitchell ended, they also have a child together.

Does Eddie Murphy have kids?

Eddie Murphy has ten children. His first child, Eric was born in 1989 and is shared with his girlfriend Paulette McNeely. His second son, Christian was born in 1990 and is shared with Tamara Hood. He has five children with Nicole Mitchell; Bria, Myles, Shayne, Zola and Bella. He has a daughter with Mel B called Angel Iris Murphy Brown, he initially denied that the child was his until a DNA test proved paternity. Murphy has two children with girlfriend Paige Butcher, Izzy Oona and Max Charles.