Donald Glover’s full name is ‘Donald McKinley Glover Jr.’ he is also known in his career by his stage name Childish Gambino and under the DJ name mcDJ.

He was born on the 25th of September 1983 at the Edwards Air Force Base in California; he is currently 36 years of age.

Donald Glover is the son of Beverly, a retired daycare carer and Donald Glover Sr., a postal worker. He was raised in Stone Mountain, Georgia and has a younger brother Stephen who is a writer and producer. His parents fostered children for 14 years whilst he was growing up.

He attended Lakeside High School and DeKalb School of Arts. He later attended the Tisch School of the Arts at New York University and graduated with a degree in Dramatic Writing. After finishing school he created an independent mixtape and began to DJ under the monikers MC D and mcDJ.

His home is located in the town of La Canada Flintridge which borders the Angeles National Forest. He spent nearly $4.2 million on the home which is set on a hillside street, and was originally built in 1983. The home is made almost entirely from concrete and glass and has more than 6,848 square feet of living space. The home has 6 bedrooms and 7 bathrooms. 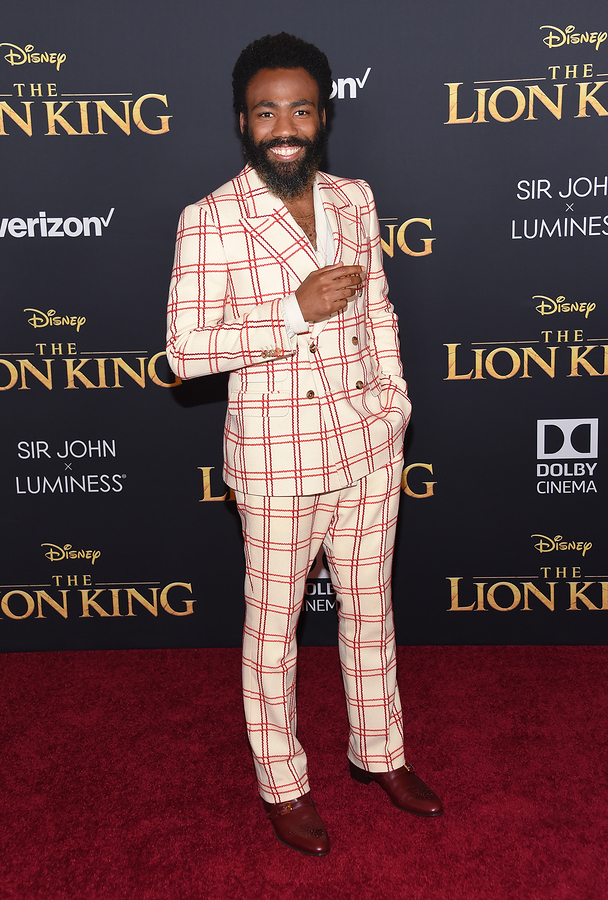 Donald Glover was raised in a household of Jehovah’s Witnesses but did not continue to follow the faith once he left for college.

Donald Glover or Childish Gambino is famous for being an American actor, comedian, writer, producer, director, musician, artist and DJ. He was hired at only 23 to work with Tina Fey on the NBC sitcom ’30 Rock’. He has won a number of awards over the course of his career including two Primetime Emmy Awards, two Golden Glove Awards and four Grammy Awards. He has been in a number of big budget movies and a hit song ‘This is America’ which debuted at number one on the Hot 100.

His career began when he attracted the attention of producer David Miner who he sent a spec script for ‘The Simpsons’ to. He impressed Miner and Tina Fey who hired him to write for ’30 Rock’. In 2008 he auditioned to play Barack Obama on a Saturday Night Live sketch, but was not successful. He became a member of the sketch comedy group Derrick Comedy and starred in the feature length film ‘Mystery Team’.  He was then invited to star as Troy Barnes in the sitcom ‘Community’ which premiered from 2009, he did not return as a full-time character for the show’s fifth season.

The singer began his rap career after the show, using the moniker Childish Gambino which he got from a Wu-Tang Clan generator. In 2008 he released a mixtape titled ‘Sick Boi’, he released a second one the following year called ‘Poindexter’. He released two more mixtapes the following year, called ‘I Am Just A Rapper’ and ‘I Am Just A Rapper 2’. He performed a set on the showcase program ‘Comedy Central Presents’. In 2010 fans launched a campaign to have the actor appear in the upcoming ‘Amazing Spiderman’ film but the role eventually went to Andrew Garfield.

The singer released his first extended play called ‘EP’ in 2011. The singer commenced his first tour, called the IAMDONALD tour a month later. The singer signed with Glassnote Records and released an album titled ‘Camp’ in 2011. The album debuted at number eleven and sold 52,000 copies in its first week. He was scheduled to go on tour in March 2012 but it was postponed by a month because he fractured his foot. Through May and June of 2012 he premiered new tracks for his sixth mixtape, titled ‘Royalty’. In 2013 the singer signed on the music-themed FX show called ‘Atlanta’ and appeared in a supporting role on the comedy ‘The To Do List’. He also appeared in the television series ‘Girls’ in 2013 alongside Lena Dunham.

Childish Gambino released his second studio album ‘Because the Internet’ on December 2013, it debuted at number seven. He received his first Grammy nomination for the album at the 57th Annual Grammy Awards, receiving a nomination for Best Rap Album and Best Rap Performance.

In 2015 the singer appeared in three film, ‘The Lazarus Effect’, ‘Magic Mike XXL’ and ‘The Martian’. His series ‘Atlanta’ premiered in 2016 to widespread critical acclaim. His work on the show has earned him a number of awards including Golden Globe Awards, and a number of Primetime Emmy Awards.

In 2016 the singer debuted his new album ‘Awaken, My Love!’ which charted at number five on the Billboard 200 and was certified platinum. The album contained the song ‘Redbone’ which peaked at number twelve and earned him a Grammy award nomination for Best R&B song. In 2017 he appeared as the criminal Aaron Davis in the film ‘Spider-Man Homecoming’, he also announced his attention to retire his stage name after his next album.

In 2018 he signed with RCA Records and released the single ‘This Is America’ which debuted at number one, becoming his first number one single in the US. The song won the Grammy awards for Song of the Year, Best Music Video, Best Rap/Sung Performance and Record of the Year.

Donald Glover has an estimated net worth of $35 million thanks to his successful career as a rapper, actor, writer, comedian and music producer.

The singer is married to his wife Michelle White; they have a son named Legend who was born in 2016. The couple gave birth to their second son in 2018 – the babies name has yet to be confirmed publicly. The rapper rarely makes public comments about his partner but has previously thanked her for doing all of the ‘hard stuff’. His previous dating history has been kept relatively quiet although he was rumoured to have dated Jhene Aiko, an American singer and songwriter, back in October 2013. The details of their relationship however are unconfirmed.

Glover is extremely private about his personal life but did speak about the death of his father during a concert.