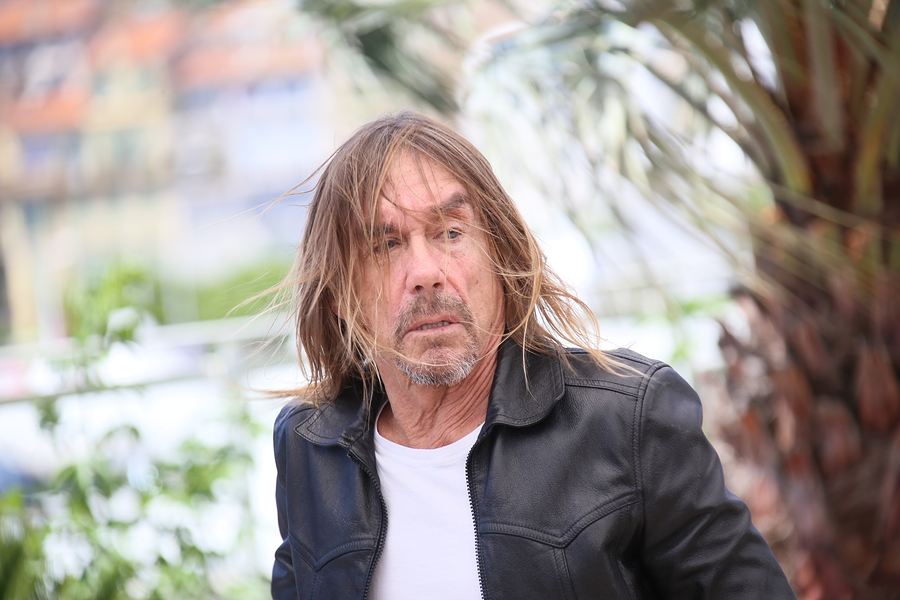 James Newell Osterberg Jr. is better known by his stage name Iggy Pop. He chose the name Iggy because he thought it sounded good for show business and because it was derived from Iguanas, which was a band that he was a part of early on, and the ‘Pop’ was tacked onto his name by band members after he shaved his eyebrows because they knew someone named Jimmy Pop who had lost all his hair.

The singer was born on the 21st of April 1947 in Muskegon, Michigan. He is currently 73 years old, and still performing!

The singer is the son of Louella and James Newell Osterberg Sr. a former English teacher and basketball coach. He grew up with his parents in a trailer park in Ypsilanti, Michigan and said that they were very invested in his future, caring about him enough to give him the master bedroom in the trailer as it was the only room with enough space for his drum kit.

Iggy Pop attended junior high in Ann Arbor, alongside wealthy children from powerful families, such as the son of the President of the Ford Motor Company.

Iggy Pop lives with his wife in a $4 million Florida mansion; the home is a 5,252 square foot mansion which includes 5 bedrooms and 5 bathrooms. The home includes a private tennis court, waterfall, an aviary, library, wine cellar, pool, spa, and BBQ area. The proper is located in the Coconut Grove gated community. 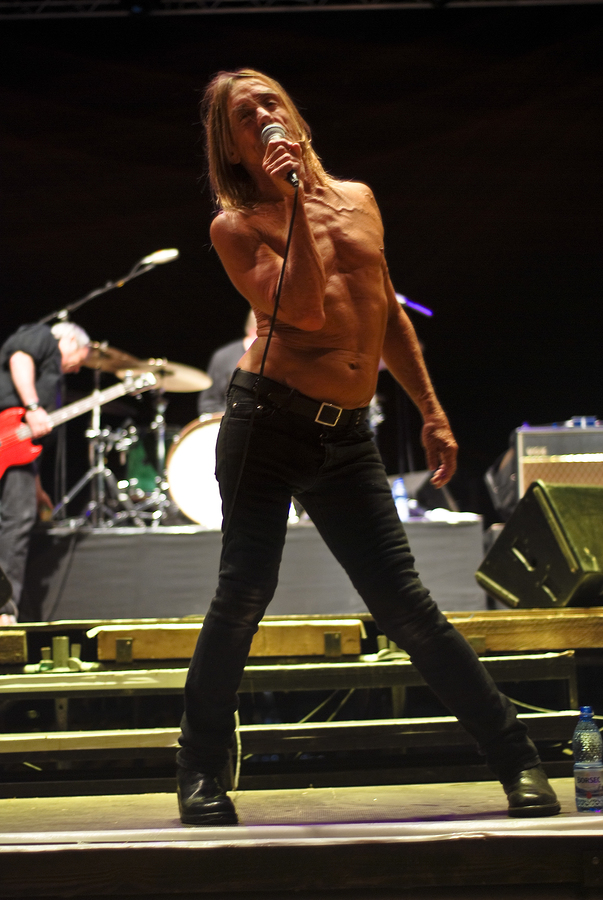 The singer is approximately 171 cm’s tall and incredibly fit, even at 73 years of age. He is known for his ripped torso and strong physique, which he keeps by practicing Tai Chi an drinking a glass of red wine after each show.

Iggy Pop is famous for being an American singer, songwriter, musician, record producer and actor. He is often called the ‘Godfather of Punk’ and is known for being the vocalist and lyricist from the band ‘The Stooges’. He originally became known for his raw style and confronting performances which often included acts of self-mutilation. The singer has achieved limited commercial success but is still considered a cultural icon and a major influence for many musicians and genres. ‘The Stooges’ were inducted into the Rock and Roll Hall of Fame in 2010.

The singer began his music career by working as a drummer in a number of high school bands around Ann Arbor. He explored blues music with local band ‘the Prime Movers’ before he moved to Chicago and formed the Psychedelic Stooges. The band included Iggy Pop on vocals, guitarist Ron Asheton, drummer Scott Asheton and bassist Dave Alexander.

The singer became inspired to form his stage persona after seeing Jim Morrison perform with The Doors in 1967. The year after the band’s debut they were signed by Elektra Records, the band changed their name to simply ‘The Stooges’ and recorded their first album by the same name which was released in 1969. Their first two albums did not sell well but later gained recognition. The group disbanded shortly after new members joined because of Pop’s heroin addiction.

With no record deal the band kept performing at clubs and Iggy Pop eventually met David Bowie at a nightclub in New York City. Bowie boosted his career and recorded an album with him in 1972. The band got back together and recorded the album ‘Raw Power’, although Pop’s drug problems continued.

The singer signed with RCA Records in 1977 and Bowie helped him write and produce ‘The Idiot’ and ‘Lust For Life’, his two most acclaimed solo albums. Dissatisfied with RCA Records, the singer moved to Arista Records and released the 1979 album ‘New Values’ which was not successful in the US but achieved mild success in Australia. He appeared on the Australian show ‘Countdown’ where he was interviewed by Molly Meldrum, whom he mocked with an Australian accent. Pop was dropped by Artista after releasing ‘Soldier’ and ‘Party’ which were unsuccessful.

In 1980 he published his autobiography which included a foreword from Andy Warhol. Bowie’s recording of a cover of ‘China Girl’ afforded the singer substantial royalties and allowed him time to kick his drug habit. In 1985 he recorded some demos which he played for Bowie, who produced his 1986 album ‘Blah-Blah-Blah’ as a result. The album included the single ‘Real Wild Child’ which was highly successful in Australia. The album peaked at number 75 in the US and was his highest charting since ‘The Idiot’ in 1977. The follow to the album, 1988’s Instinct was a change in musical direction and sounded more like The Stooges. He was dropped  by his record label but a radio show recorded his tour.

In 1990 the singer recorded ‘Brick By Brick’ which included the song ‘Candy’ his first hit song. In 1991 he contributed to the soundtrack for the film ‘Freddy’s Dead: The Final Nightmare’. In 1993 he released the album ‘American Caesar’ which included two successful songs. In 1997 he received mainstream attention when his song ‘Lust for Life’ was included in the film ‘Trainspotting’. He headlined the Falls Festival in Australia in 1997, giving a memorable performance which included a guest guessing his resolution (to do nothing and make a lot of money!).

His 2003 album was titled ‘Skull Ring’ and featured collaborations with Sum 41, Green Day, Peaches and The Trolls. It also included Ron and Scott Asheton, the surviving members of The Stooges. In 2007 they appeared together at the Glastonbury Festival to play old material and new material from their album ‘The Weirdness’. In 2010 the band was inducted into the Rock and Roll Hall of Fame.

His fifteenth solo album, ‘Preliminaires’ was released in 2009, a box-set was released, with only 6000 units available around the world. In 2011 the singer performed the ‘Real Wild Child’ on American Idol. Drummer Scott Asheton died of a heart attack in 2014 and in 2016 James Williamson confirmed the band was no more.

In 2020 the singer was awarded the Grammy Lifetime Achievement Award.

The singer has an estimated net worth of approximately $20 million thanks to his career as a singer, songwriter, producer and actor.

The singer has been married three times; his first marriage was to Wendy Weissberg in 1968, his second to Suchi Asano between 1984 and 1999 and his third to Nina Alu, his long-time partner that he married in 2008. He has a son, born in 1970 from a relationship with Paulette Benson.