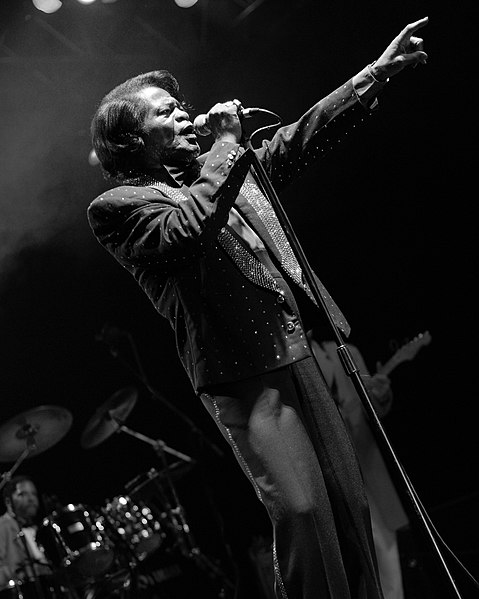 James Brown (born 3rd May 1933 – died 25th of December 2006) was famous for being an American singer, songwriter, dancer, musician and record producer. He is known for being a major icon in funk and soul music and an important figure in 20th Century music history. He is often called the ‘Godfather of Soul’.

His career spanned more than 50 years and influenced a number of music genres. James Brown has recorded more than 17 hit singles which have reached number one on the Billboard R&B charts. In 2013 he was inducted into the Rhythm & Blues Music Hall of Fame. He has also been inducted into The Rock & Roll Hall of Fame and the Songwriters Hall of Fame.

James Brown was born on the 3rd May 1933 in Barnwell, South Carolina. He was the son of Susie and Joseph Gardner Brown, who were 16 and 22 at the time of his birth. He was born in a small wooden shack, he was intended to be called ‘Joseph James Brown Jr.’ but his name was reversed on the birth certificate.

He grew up in extreme poverty in Elko, South Carolina before moving to Augusta, Georgia at the age of five. His mother eventually left his family due to abuse and moved to New York. He dropped out of school in the sixth grade. He first took an interest in music as a child, appeared in a talent show in 1944 and winning with his rendition of the ballad ‘So Long’.

He also performed buck dances to entertain troops at the beginning of World War II. It was also during this time that he learned to play a number of instruments including the piano, guitar and harmonica. At the age of sixteen he was sentence to juvenile detention for robbery and there he formed a gospel quartet with his fellow cellmates. He also met the singer Bobby Byrd during his time in the detention centre. After leaving the detention centre he joined another gospel group, the Ever-Ready Gospel singers.

James Brown went on to join his friend Byrd’s gospel group in 1954, the group evolved into an R&B group called the Avons and began to get booked for parties at college campuses. They renamed themselves the Famous Flames and recorded a demo album. They were signed to King Records and recorded a version of ‘Please, Please, Please’ which became a number one R&B hit. In 1958 the singer released the song ‘Try Me’ which hit number one on the charts. He then revived the Famous Fives band ad opened at Apollo Theatre in 1959. The band released two albums and the top R&B hit song ‘(Do The) Mashed Potatoes’ and the album ‘Think!’. The band also released the hits ‘I’ll go Crazy’ and the song ‘Think’.

Throughout the 60s, Brown and his band had a number of hit singles which included ‘Night Train’, ‘Lost Someone’ and ‘Baby You’re Right’. In 1962 he financed a live album called ‘Live at the Apollo’, the album became an immediate hit and reached number two on the charts where it stayed for 14 months. He had his first ever pop hit with his version of ‘Prisoner of Love’ and launched his own record label in the same year.

The following year he started a production company with Bobby Byrd, called Fair Deal. He later released the single ‘Papa’s Got A Brand New Bag’ which became top ten hit and won him his first Grammy Award. He also released the hits ‘I Got You’ and ‘It’s A Man’s Man’s Man’s World’. By the late 60s his sound became known as funk. He released the song ‘Cold Sweat’ which reached number one on the charts for R&B and number ten on the pop charts. He went on to release hits such as ‘I Got the Feelin’ and ‘Mother Popcorn’ in 1968 and 1969 which were both developments on the sound that he established in ‘Cold Sweat’.

He started to develop his reputation as the King of Soul music around this time and influenced a number of musicians with his sound at the time, including Michael Jackson

who would later cite him as his idol. He came out with a number of singles and studio albums during the late 60s and 70s. He brought out the albums ‘Live at the Garden’ and ‘Live at the Apollo, Volume II’. The singer purchased a number of radio stations around this time as well to help him to achieve more financial and musical independence. He also developed more of an adult sound around this time with ‘Gettin’ Down To It’ and ‘Soul on Top’. He also brought out three Christmas music albums with his band.

In 1970s much of Brown’s road band walked out due to money disputes and new members were recruited, although Bobby Byrd remained in the band. The new band recorded the song ‘Get Up (I Feel Like Being a) Sex Machine’ which helped to further establish Brown’s reputation in the funk music genre. He began to struggle in 1973 after he lost a lot of his black audience after declaring his support of Richard Nixon. In the same year he provided the score for Black Caesar and also recorded the soundtrack for the movie Slaughter’s Big Rip-Off. His last single to reach the top spot on the R&B charts was ‘Papa Don’t  Take No Mess’ although he did have a few top ten hits which included ‘Funky President’ and ‘Get Up Offa That Thing’.

Although his music was popular on the disco scene from the late 60s, Brown did not create a disco record until his 1975 album ‘Sex Machine Today’. By 1977 he was no longer the leader on the R&B charts and many of his late 1970s recorded were failing to hit the charts. His concert attendance began to dwindle and an issue with taxes causes his business empire to fail. 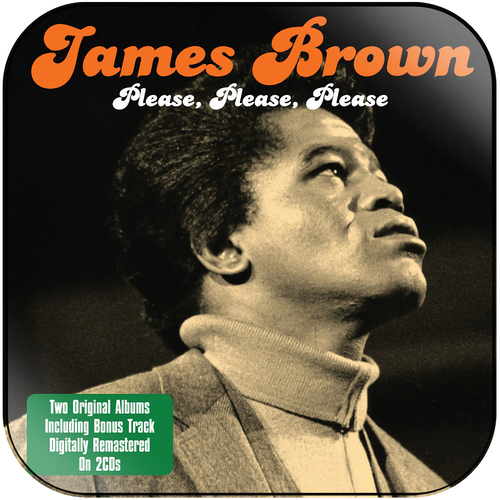 His band was renamed in 1981 to the Soul General’s and experienced a small resurgence with songs on films such as ‘The Blues Brothers’, ‘Doctor Detroit’ and ‘Rocky IV’. In 1988 he released the album ‘I’m Real’ which included the two hits ‘I’m Real’ and ‘Static’. He did a stint in prison in the late 1980s, after his release the biopic ‘James Brown The Man, the Message, the Music’ was released in 1992.

He also created the album ‘Love Over-Due’ in 1991. He released another album in 1993, titled ‘Universal James’. He also recorded ‘Live At the Apollo 1995’. Many of his singles during this time failed to chart. He performed a number of times during the early noughties including a performance during a Red Hot Chili Peppers concert and an appearance at the Edinburgh and Live 8 Concert.

James Brown died on Christmas day in 2006, he died of congestive heart failure at the age of 73, it was the result of pneumonia. There were rumours that he may have been murdered. He’d suffered from a variety of health issues in the lead up to his death including undiagnosed diabetes and prostate cancer.

Brown had a dark side and a long history of assault, domestic abuse and sexual assault allegations. In 1962 he began a relationship with Tammi Terrell who was only 17 at the time. A former band mate described the abuse, saying that he beat her up and abused her until she left him.

He was married four times in his life. His first marriage was to Velma Warren in 1953, the couple has three sons together and remained together for ten years before they separated. They remained friends until Brown’s death. His second marriage was to Deidre Jenkins in 1970, the couple had two daughters and separated in 1979 after years of domestic abuse.

He was married for a third time to Adrienne Lois Rodriqguez in 1984, the marriage was also marred by domestic abuse allegation and Rodriguez died in 1996. A year following his wife’s death Brown hired the back-up singer Tomi Rae Hynie whom became his wife in 2001. There was a lot of controversy around the marriage because Hynie was allegedly still married and the marriage was claimed to be invalid. Brown has many children, nine of which he acknowledges.