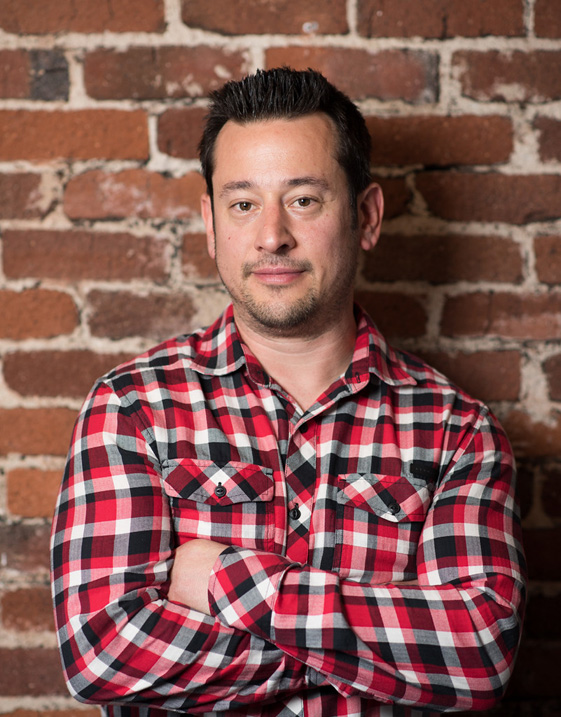 Jason Wall is the Executive Director and Founder of Future Youth Records. As a former drummer, music producer and music educator, Jason has a lot of experience when it comes to producing and cultivating musical talent. Future Youth Records is a non-profit record label, driven by their desire to find the best musical youth to enact social change and awareness. Throughout their history, Future Youth Records has established an irrefutable reputation for social awareness, equality and empowerment, particularly in young people.

Jason was able to answer several of our questions about Future Youth Records, including their history and how their social purpose influences their musical process.

Jason, when was Future Youth Records founded and who helped you with this process?

Future Youth Records was founded in 2012 with help from Jean McCloskey and Carol Reynolds – both are mothers of former drum students of mine. Jean led the formation of the organization, and Carol was instrumental in making connections – one being to Frank Brucato, CFO of Stanford’s Law School. Frank made an introduction to the Hewlett Foundation, which led to our first grant to develop a strategic plan. Jean’s daughter, Quinn, and Carol’s daughter, Melissa, helped with the early creative aspects. Cindy McSherry, Justin Lieberman, and Willie Samuels at Studio Trilogy allowed us to host our first sessions in their world-class studio where Lady Gaga, Justin Bieber, and many others recorded music. Though not around at the start, my dear friend, Lisa Rutta, helped out quite a bit with our website and marketing. I must also mention two amazing, generous people who continue to support us through it all: FYR board members Donald Larkin and Adam Alper.

Why is the youth segment such an important focus for your record label?

I would say there are two main points to this. First, we know how much influence music has on young people and their development. Unfortunately, the music industry has been on a race to the bottom for many years. At a for-profit record label, decisions around artists and their music are often based on commercial reasons – i.e. what sells. This creates a vicious cycle for new artists to model themselves after successful ones. Often, artists are forced into making more music promoting party culture, materialism, hyper-sexualization, female degradation, and other negative behavior, al; because that IS “what sells”. We want to break this vicious cycle by investing in youth who will change the narrative to a more positive one. Second, young people are often left out of policy discussions and the decision-making process on issues that ultimately impact them the most. We want to help them use music to be heard on the global stage and to influence what happens in and to the world.

How did the “Think Women” campaign come into being?

FYR did a song and music video project in 2015 in partnership with San Francisco’s Mission Girls. Five young women from their program wanted to write a song to bring awareness to the female degradation happening in rap music. That project went on to win one of fifty grants the Super Bowl committee awarded in 2016 when the Super Bowl was in town. Shortly after, Frank introduced me to a professor at Stanford University, who he thought could help us. I ended up meeting with the professor, and he felt the NFL would be a good partner. He suggested I come up with a big idea that I could pitch to one of the local teams as a starting point – and he would make the connection for me when ready.

Immediately after I met with him, I went home, came up with an idea and even a name in about five minutes. The idea was to hold projects in all 32 cities that had NFL teams. We would work with local agencies in those cities that served at-risk girls, help groups of girls from each agency write and record songs about women’s empowerment, and have some of the local NFL players get involved. This would culminate into an album that would be released on Super Bowl Sunday – along with other opportunities for the NFL and its players to stand in support of women. The local team said “no,” and that was that. To me, no means next, so we went about it on our own. Here we are today, two albums later created in partnership with girls from San Francisco, Sacramento, Los Angeles, and the U.K. It also inspired us to create two more youth campaigns – Think Peace (pro-peace) and Think Earth (pro-earth).

How would you describe your label’s process when identifying, signing and developing new music talent?

We adopted a model early-on to partner with youth agencies already serving young people in various capacities. We figured since they were already experts at that, we could continue being the experts at making music. Currently, our agency partners will select youth artists they feel would get the most out of the experience and are aligned with our cause. We do not require any prior musical experience or talent. In fact, most of the youth we have worked thus far have never done anything musical before. It’s pretty amazing to listen to the songs they wrote and performed, knowing each group only had about 14 hours over two days to get their song done! We are currently planning a full-scale artist development program that will allocate greater resources into cultivating the next generation of socially conscious recording artists.

How did your early music career shape your desire to start Future Youth Records?

When I was coming up, I had the great fortune of studying with, and being mentored by, some of the world’s greatest drummers; people like jazz legend Louie Bellson, Steve Smith from Journey, and John Xepoleas to name a few. I felt it was important to share my experiences learning from these masters with young aspiring drummers, so teaching became integral to my career. I should probably mention that I was in a severe car accident while in high school that shattered my right wrist and was told I would never play the drums again. So, I worked my butt off through all the pain and became a professional.

The seed for Future Youth Records really came while I was teaching at a rock camp for teens. I would often hear from campers that they were struggling to get their music noticed. This was at a time when the music business was still in post-Napster turmoil, record labels were merging into larger corporate media companies that had to turn profits, staffs were slashed, development opportunities were vanishing, and 360 deals were the new normal. Radio had also become homogenized and was no longer viable for new artists without label support. I formed Future Youth Records to help those kids create a new path for themselves and learn to persevere when their dream looked impossible.

In your opinion, what do you think will be the biggest change to the music industry over the next decade?

I think the biggest change to the music industry (and so many other sectors) over the next decade will be through virtual reality. Aside from any music industry applications, I believe it will transform humanity beyond anything we’ve ever experienced before in human history. Regarding music, I envision VR creating new opportunities to collaborate, create, and experience sound and video. To me, this will be an integral part of bringing artistry and imagination back into the music industry.

When it comes to musically gifted young people, what specific qualities or traits are you looking for as a record label?

Thank you Jason for your time!

You can follow up with Jason Wall at www.futureyouthrecords.org