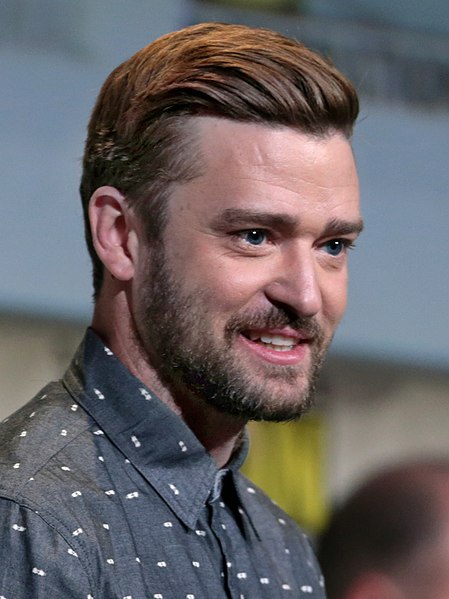 Justin Timberlake (sometimes referred to in the media by his initials, JT) is famous for being an American singer, songwriter, actor and record producer. Justin Timberlake began his career as a child actor, appearing in the television shows ‘Star Search’ and ‘The All-New Mickey Mouse Club’. He then quickly rose to prominence in the 1990s as one of the lead vocalists of the boy band NSYNC. After the success of NSYNC Justin Timberlake began his solo career which has spawned a number of hit singles and successful albums and earned him a number of awards and accolades, including ten Grammy Awards.  He has also earned awards such a four Emmy Awards, three Brit Awards, nnine Billboard Music Awards and a contemporary Icon Awards from the Songwriters Hall of Fame. Justin Timberlake has also had a highly successful acting career as an adult, appearing in films such as ‘The Social Network’, ‘Bad Teacher’, ‘Friends with Benefits and ‘In Time’.

The singer has also leant his voice to animated films such as ‘Trolls’. Justin Timberlake has sold more than 32 million albums and 56 million singles around the world. The singer is one of the top performing male soloist in the world thanks to his impressive record sales and has often been listed as one of the most influential people in the world. In addition to his singing and acting career he also has a number of other business ventures such as his recording label Tennman Records and fashion label William Rast, and restaurants Destino and Southern Hospitality.

Justin Timberlake began his singing career with the boy band NSYNC which first formed in 1995 and became popular in 1998 when the group released their debut album which sold over 11 million copies. The bands second album ‘No Strings Attached’ was released in 2000 and sold more than 2.4 million copies in its first week. The group’s third album, ‘Celebrity’ also performed well however at the end of their tour for the album the band went on hiatus. NSYNC were highly successful and sold more than 70 million records around the world, making them the fifth-best selling boy band in history.

In 1999, Justin Timberlake made an appearance in the Disney Channel film ‘Model Behaviour’, where he appeared as Jason Sharpe, a model who falls in love with a waitress. The film helped to boost his popularity and with the decline in popularity of boy bands, the singer started to look ahead to pplans for a solo career.

In 2002 he partnered up with Pharrell Williams and Timbaland to begin working on his solo career.

In 2002 the singer performed at the MTV Video Music Awards and premiered his debuted single ‘Like I Love You’ which peaked at number eleven on the United States Hot 100 charts. He released his debut solo album ‘Justified’ in November 2002, the album debuted at number two and sold more than 439,000 copies in its first week and went ton to sell more than ten million copies around the world. The R&B sound of the album was well received by critics and the album spawned a number of top-five songs including ‘Cry Me A River’ and ‘Rock Your Body’. In 2003 he went on tour with Christina Aguilera, and then later on made a deal with McDonlads that was reportedly worth $6 million and recorded a song ‘I’m Livon’ It’ for the deal. He also embarked on a tour called ‘Justified and I’m Lovin It’.

Close to the end of 2002 the singer appeared on Punk’d, Ashton Kutcher’s prank show and admitted that he has been under the influence of cannabis when he was pranked, he cried during the episode. The singer performed during the Super Bowl halftime show with Janet Jackson which became infamous because Timberlake tore off Jackson’s costume in an intended costumer reveal and accidentally revealed her breast to the crowd. Both Janet Jackson

and Timberlake were threatened with exclusion from the 2004 Grammy Awards unless they made an on-screen apology at the event. The singer apologised while he was accepting the first of the two awards that he won on the night.

Following the Super Bowl incident the singer put his solo career on hold and began appearing in films such as Alpha Dog, Black Snake Moan, Southland Tales and voice the character Prince Artie Pendragon from Shrek the Third.

Whilst acting in films he continued to collaborate with other artists, he worked with Black Eyed Peas on their song ‘Where is the Love?’ In 2005 whilst working with Snoop Dogg on the song ‘Signs’ he discovered he needed surgery for nodules and after having them removed was told not to sing or speak loudly for a few months. The singer released his second solo album ‘Future Sex/LoveSounds’ in 2006. The albums debuted at number one and sold more than 684,000 copies in its first week.

The albums lead single ‘SexyBack’ was performed at the 2006 MTV Video Music Awards and it reached number one. The albums second single ‘My Love’ also reach number one, as did the albums third single ‘What Goes Around…Comes Around’.

The singer appeared on Saturday Night Live and performed a song titled ‘Dick in a Box’ with Andy Samberg. The song earned the singer and Emmy Award and later appeared on The Lonely Island album ‘Incredibad’.

In 2007 the singer went on tour and a number of singles from the album reached the top twenty on the charts.

In 2008 the song ‘4 Minutes’ was released, the song was a collaboration between Timberlake and Madonna and became the lead single of Madonna’s album ‘Hard Candy’. The song was a hit worldwide and topped the charts in more than 21 countries.

In 2007 the singer collaborated on a number of Duran Duran song and also worked with 50 Cent on his album ‘Curtis’. Justin Timberlake returned to acting after ending his tour for ‘Future Sex/LoveSounds’, appearing in the films ‘The Love Guru’ and ‘The Open Road’.

In 2012 the singer announced that he was working on a new album ‘The 20/20 Experience’ and released the albums lead single ‘Suit & Tie’ in 2013 the album went to number three on the Hot 100 charts. The album was released in March 2013 and debuted at number one on the charts, selling over 968,000 copies throughout the United States.

In September 2013 he released his fourth album ‘The 20/20 Experience – 2 of 2’ which debuted at number one. He then embarked on a tour which ended in Las Vegas with a space themed concert.

After the release of his album Justin Timberlake provided the voiceover for the lead character in the animated film ‘Trolls’ and its sequel. The singer released his fifth album ‘Man of the Woods’ in 2018 and headlined at the Super Bowl Halftime Show. The album topped the charts and sold 293,000 units in its first week.