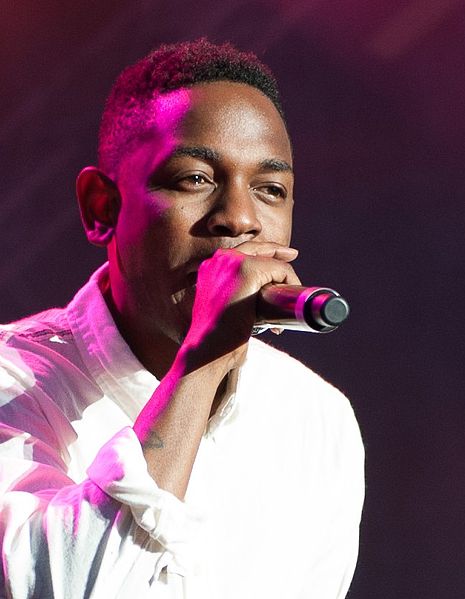 Kendrick Lamar is famous for being an American rapper, singer, songwriter and music producer. He is often cited as one of the most influential rappers in history and is often touted as one of the voices of his generation.

Kendrick Lamar was born in 1987 and grew up in Compton, California. He first began pursuing his music career as a teenager with the alias ‘K-Dot’. Lamar is well known for both his solo career and his involvement in the hip hop supergroup known as ‘Black Hippy’. The rapper has received many awards during his career, including 13 Grammy Awards.

Kendrick Lamar’s career first began to take off in 2004, when the then 16 year old Lamar released a mixtape called ‘Youngest Head Nigga in Charge (Hub City Threat: Minor of the Year). The mixtape gained the young rapper a lot of local attention and lead to him being signed by Californian indie record Top Dawg Entertainment. Kendrick Lamar began recording material with his new label and released a 26-track mixtape titled ‘Training Day’. The rapper went on to appear alongside a number of upcoming acts including Jay Rock, Ya Boy and The Game under his pseudonym K-Dot. Lamar was featured on a number of singles and appeared on Jay Rock’s music video, ‘All My Life (In The Ghetto)’. The rapper began to gain more recognition after a video was taken of him in a rap battle with other local rappers. Lamar received a co-sign from Lil Wayne and released a new mixtape called ‘C4’. Shortly after the rapper decided to drop his stage name and return to his birth name, he then recorded and released an EP titled ‘The Kendrick Lamar EP’.

During 2010, Lamar toured with Tech N9ne and Jay Rock and he released ‘Overly Dedicated’ which made it to number 72 on the R&B and Hip Hop charts in the United States. The mixtape included the song ‘Ignorance is Bliss’ which caught the attention of Dr. Dre and led him to invited Kendrick Lamar to work with Dr. Dre and Snoop Dogg on the ‘Detox’ album.

In 2011 the rapper released his own independent album, ‘Section.80’ to wide critical acclaim. The album sold several thousand copies in its first week despite little promotion and a music video followed for the track ‘ADHD’.

In 2012 the song ‘Cartoon and Cereal’ leaked online and Lamar revealed to fans that the song was from a planned major label studio album. The song didn’t end up making it to Lamar’s debut album but was well received. Early that same year Lamar proceeded to begin a tour with Drake, sharing the opening act with fellow rappers ASAP Rocky and 2 Chainz.

The following month it was announced that Lamar had signed a record deal with major labels Interscope Records and Aftermath Entertainment. Lamar’s planned album ‘good kid, m.A.A.d city’ was to be jointly released by Top Dawg, Aftermath and Interscope. The rapper released his debut single ‘The Recipe’ later that year; the single was produced by Scoop Deville. ‘Swimming Pools (Drank)’ was announced as the lead single from Kendrick Lamar’s debut album, the song was well received and peaked at number seventeen on the Hot 100 charts. A few months later Lamar released the song ‘Westside, Right On Time’ and began touring with Black Hippy.

His major label debut album, ‘good kid, m.A.A.d city’ was released in October 2012. The album debuted at the number two spot on the US charts and sold 242,100 copies in its first week along. The album was eventually certified gold and later platinum and Lamar was touted as the MC of the year.

At the start of 2013, Kendrick Lamar performed a number of his albums singles on the show ‘Saturday Night Live’ where he also appeared alongside Adam Levine and The Lonely Island in a digital short.

Later that year Lamar was featured on the Big Sean single ‘Control’ which was well received across the hip-hop industry. In his verse in the song, the rapper promises to ‘murder’ a number of other emerging rappers lyrically. The rappers named in his verse include J.Cole, Big K.R.I.T, Wale Pusha T, Meek Mill, ASAP Rocky, Drake, Big Sean, Jay Electronica, Tyler, The Creator and Mac Miller. His verse upset a number of New York rapper who chose to release response and diss tracks. The attention boosted Kendrick Lamar’s twitter following by more than 510%.

In 2013 Kanye West announced that he would be embarking on his first solo tour in five years and that Lamar would be joining him. The rapper was also revealed to be featuring in Eminem’s album ‘The Marshall Mathers LP 2’. He went on to win five awards at the BET Hip Hop Awards in 2013 and gave a performance of the song ‘Money Trees’. He was also named rapper of the year by GQ magazine and announced plans to record his second studio album.

Kendrick Lamar received seven Grammy Award nomination in 2013 but did not win any which prompted the media to suggest that the rapper has been snubbed at the ceremony.

In 2014 it was announced that the rapper would be premiering a short film at the Sundance NEXT festival in Los Angeles. The following month the rapper released the single ‘!” from his planned third album and he made an appearance on Saturday Night Live in November where he performed the song and ‘Pay for It’. At the end of the year, Lamar announced that he was partnering with sports brand Reebok. He won two awards at the Grammy awards in 2015 for best rap performance and best rap song.

His album, ‘To Pimp a Butterfly’ was released in early 2015 and received enthusiastic responses. The album debuted at number one on the Billboard 200 and sold more than 324,000 copies in its first week. The rapper than featured on the remix of Taylor Swifts song ‘Bad Blood’ which went to number one in the same year. The rapper won five awards at the Grammy Awards that year, including best album.

In early 2017 the rapper released a number of singles including ‘The Heart Part 4’ and ‘Humble’. In April 2017 he released his album ‘Damn’, once again to high critical praise. The album debuted at number one and the song ‘Humble’ went to number one on the Billboard Hot 100 charts. The album was certified platinum less than a month after its release.

In the same year, Lamar developed the soundtrack for the Marvel film ‘Black Panther’ which earned the singer an Academy Award for best original song. In 218 the singer opened the Grammy Awards ceremony with a medley and received seven nominations, winning five awards.

He also made his acting debut on the drama television series, ‘Power’ as the charcter Laces, a Dominican drug addict. The singer was cast in the show because of his friendship with the rapper 50 Cent who was the executive producer and star of the series. The character Lamar plays is different from his persona in the music business and the rapper said that he drew on inspiration from people that he had known whilst he was growing up in Compton.