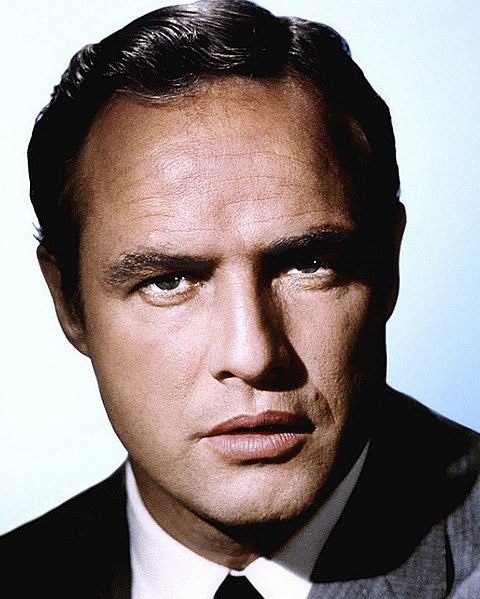 What is Marlon Brando’s full name?

Marlon Brando’s full name is Marlon Brando Jr., he was named after his father and chose to use his own name during his career. Marlon Brando became an icon of American cinema over the course of his career and his name has become synonymous with films which are largely considered to be iconic as well.

What is Marlon Brando’s age?

Marlon Brando was born on the 3rd of April, 1924 in Omaha, Nebraska. He passed away on the 1st of July, 2004 at the age of 80. Marlon Brandon died of respiratory failure from pulmonary fibrosis and congestive heart failure whilst in the care of the UCLA Medical Centre. He was also suffering from failing eyesight and liver cancer at the time of his death. Prior to his death, Brando needed an oxygen mask to get around and breathe.

Who is Marlon Brando’s family?

Marlon Brando was the son of Marlon Brando Sr. (1895-1965) a pesticide and chemical feed manufacturer and Dorothy Julia (1897-1954). He has two older sisters, Jocelyn Brando (1919-2005) and Frances (1922-1994). His mother was nicknamed Dodie and was quite unconventional for her time, she smoked, drunk and wore pants. She was an alcoholic who often has to be brought home by her husband who was also an alcoholic. Both his mother and father eventually joined Alcoholics Anonymous. His parents separated when he was 11 years old and later reconciled.

Where did Marlon Brando go to school?

Marlon Brando attended Libertyville High School but was expelled for riding a motorbike through the school hallway. He then attended Shattuck Military Academy in Minnesota. Brando excelled at theatre at the school but snuck out in his final year and was expelled. Brando got a job as a ditch digger and tried to enlist in the army but could not due to a knee injury. He then decided to follow his sister to the American Academy of Dramatic Arts. He became a student of Stella Adler.

Where did Marlon Brando live?

Marlon Brando lived for many years in a gated community in the Hollywood Hills in an estate designed by Paul William. The home was built in 1939 and featured 6 bedrooms, 5 bathrooms and was set over 5,000 square feet. The home is valued at around $3.5 million and became a yoga centre after Marlon Brando’s death.

What was Marlon Brando’s height and weight?

Marlon Brando stood at around 5 feet 9 inches tall, or around 175 cm’s in height. In the early days of his career he weighed roughly 75 kg’s. In the later years of his life he became obese, weighing more than 140 kg by the mid-1990s. His weight fluctuated throughout most of his career and he suffered from Type 2 Diabetes.

What nationality is Marlon Brando?

Marlon Brando was born in the United States and is an American citizen. He had German, Dutch, Irish and English ancestors. One of his ancestors, Johann Wilhelm Brandau first emigrated from New Amsterdam in the 17th century from Pfalz, Germany.

Marlon Brando was raised as a Christian Scientist but did not adopt the beliefs himself as an adult. He did however show interest in a wide range of religions and spiritual beliefs. He was very interested in certain German philosophies and in the Hindu religion. He also express Pantheist beliefs and was interested in Eastern religions.

What is Marlon Brando famous for?

Marlon Brando was famous for being an American actor and film director. His career spanned more than 60 years and during that time he won two Oscar Awards for Best Actor. He is often cited as a major cultural influence and icon in American film. He is often credited as one of the first actors to bring the Stanislavski system of acting to mainstream film.

How did Marlon Brando’s career start?

Brando’s career started with a number of summer stock roles. He later appeared in the Broadway production, I Remember Mama. He then went on to appear in Broadway film, A Flag is Born. He was then recommended for The Eagle Has Two Heads with Tallulah Bankhead. He clashed regularly with her and went out of his way to annoy her during the pre-production tour. He was later recommended for a Streetcar Named Desire, despite being technically too young for the role.

What was Marlon Brando’s breakthrough role?

Marlon Brando first on-screen role was in a film version of A Streetcar Named Desire which led to him becoming a Hollywood sex symbol. The role earned him an Academy Award nomination. He went on to appear in Viva Zapata and Julius Caesar which received favourable reviews. The following year he appeared in The Wild One which inspired future stars James Dean and Elvis Presley. He went on to appear in On the Waterfront, which won him an Academy Award for Best Actor.

What has Marlon Brando done since his breakthrough role?

Brando went on to appear in films such as the musical Guys and Dolls, The Teahouse of August Moon and Sayonara, none of which did particularly well. In 1961 Brando directed One-Eyed Jacks, which went over budget and went over filming schedule. His next role Mutiny on the Bounty solidified his reputation as a difficult actor and made it difficult for him to get roles leading to a decline in his career. He signed on to appear in five Universal Studio films which included, The Ugly American, Bedtime Story, The Appaloosa, A Countess from Hong Kong and The Night of the Following Day, the films were all critically panned and commercial flops. In the 1970s Brando was thought of as unhireable until his role as Vito Corleone in The Godfather. The film won him an Oscar Award. He followed the film with Last Tango in Paris which was controversial due to graphic scenes. Later work included movies such as The Freshman, Don Juan DeMarco, Free Money and The Godfather II.

What is Marlon Brando’s net worth?

Marlon Brando left an estate worth $21.6 million on his death. As of 2005, the year after his death his estate was still earning around $9 million per year. He was named one of the top-earning deceased celebrities for that year by Forbes.

Who has Marlon Brando married?

Who has Marlon Brando dated?

Marlon Brando has been linked to many women and admitted to having homosexual encounters. He wrote that he and Marilyn Monroe. He met dated actress Reiko Sato in the 1950s and Dorothy Kilgallen. He dated Katy Jurado for many tears and had an affair with Rita Moreno. Moreno became pregnant and had a botched abortion. Cynthia Lynn’s daughter also claimed that Brando had an affair with her mother which resulted in her birth. He also had a relationship with Jill Banner and a relationship with Maria Cristina Ruiz. It was also claimed that he has a relationship with Richard Pyror.

Does Marlon Brando have kids?