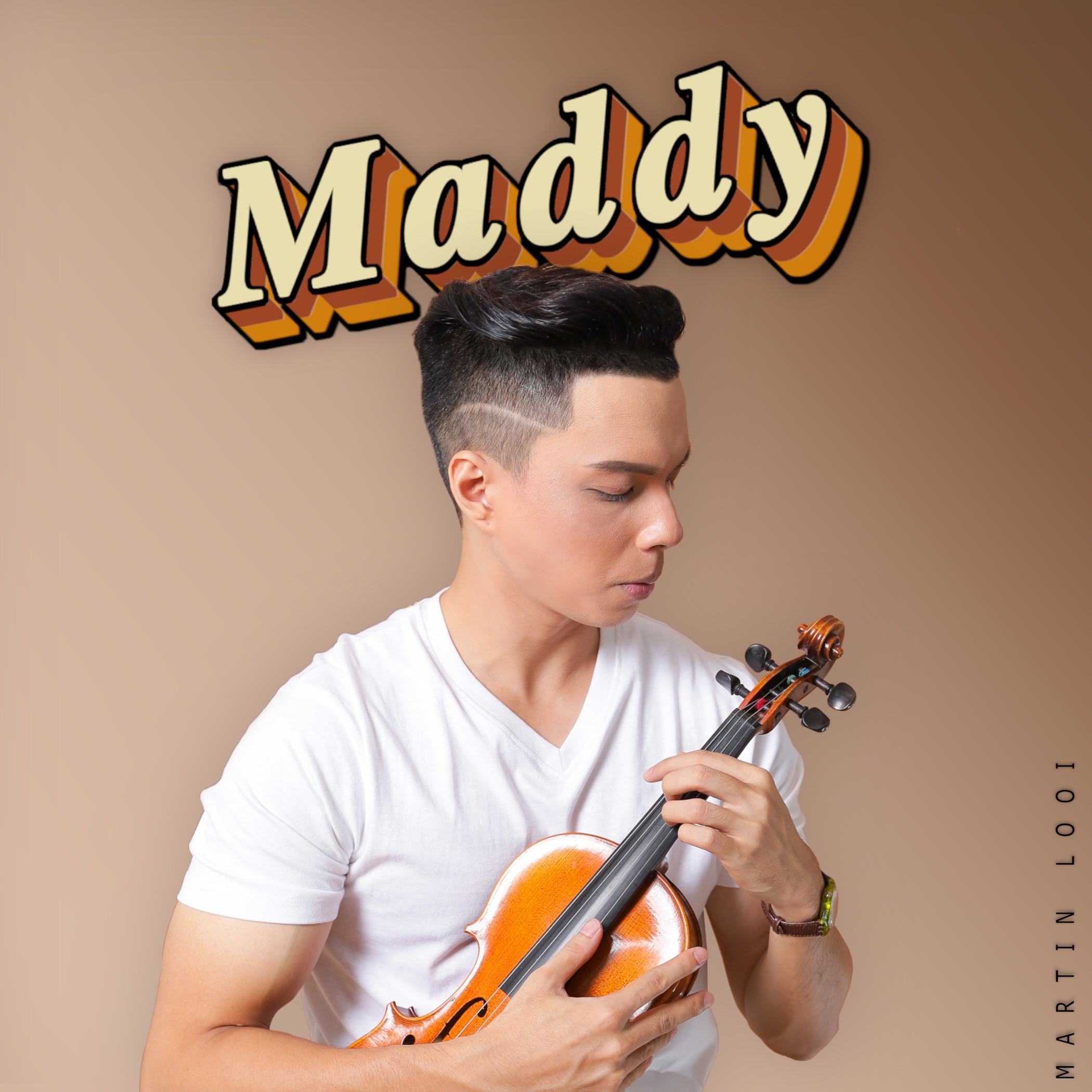 If you’re a fan of violin music with a modern twist, here’s a name for you: Martin Looi.

The latest EP from this young Malaysian violinist, called Maddy, is available on streaming platforms now. It’s quite a wake up for the ears, especially if you find that many artists all sound the same these days.

Looi studied in Australia, gaining a degree in music and audio engineering. He’s been playing violin for 20 years, and now blends jazz, hip-hop, modern R&B and reggaeton rhythms. It’s an interesting mix. His production abilities mean he knows how to make a tune sound good both live and on record. The fact that he’s technically gifted helps too. His is a sparkling alternative sound; fresh, tuneful, mainly upbeat and very different.

He recorded the five track EP on a standard acoustic violin, then added effects and twists in post-production. The opening track, Getaran Jiwa, was originally recorded by P Ramlee in the 1960s. Ramlee may not be well known to western audiences but he was a star in Malaysia, Singapore, Indonesia and Southern Thailand. The song, regarded as an evergreen classic in southeastern Asia, was also recorded in English by the singer Lobo under the title Whispers in The Wind in the 1970s.

The tune you probably will recognise is the cover of Songbird, the 1980s hit for saxophonist Kenny G. Before you ask, an acoustic violin certainly can sound like a saxophone. Listen to this version for proof.

It can also call to mind the smoky atmosphere of a Parisian jazz club, as it does on Getaran Jiwa. Django Reinhardt and Stéphane Grappelli would certainly recognise the sound from their Quintette du Hot Club de France sessions.

Good Ol’ Bounce is g-funk influenced, with an R&B beat which wouldn’t be out of place on a chart hit these days, given the success of both g-funk and R&B in recent years.

On Bowin’ Bars the violin is impersonating a Spanish guitar, by way of a change. Here Looi allows the instrument to show its full range, with some seriously impressive high notes and a typically infectious beat.

The final track, Lil Latina, is a reggaeton tune. If the title sounds familiar, Wez Devine has a tune of the same name, but the similarity ends there.

He’s looking to shake up contemporary music as we know it, mixing influences, crossing styles, melding acoustic sounds and electronic wizardry to create something completely new.

If you like your music unusual and your influences mixed, Martin Looi has a solution.