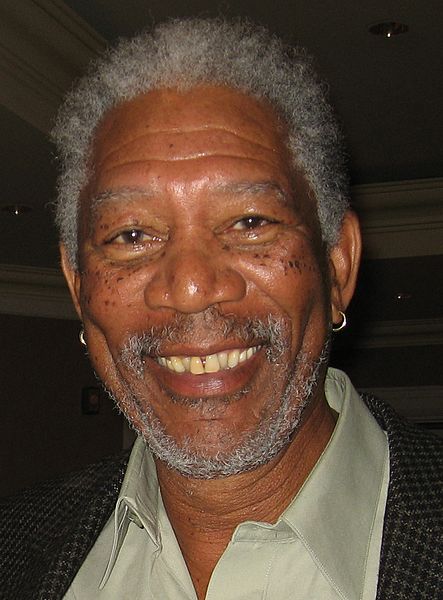 What is Morgan Freeman’s full name?

Morgan Freeman’s full name is Morgan Porterfield Freeman Jr., he was named after his father Morgan Freeman Sr. but chooses to drop the ‘Jr.’ from his name professionally. Morgan Freeman is one of the most well-known names in the acting business.

What is Morgan Freeman’s age?

Morgan Freeman was born on the 1st of June, 1937. He is currently 82 years old and still acting professionally. He was born in Memphis, Tennessee. Morgan Freeman’s career has spanned more than five decades.

Who is Morgan Freeman’s family?

Morgan Freeman is the son of Mayme Edna (nee Revere), a teacher and Morgan Freeman, a barber. His mother passed away in 2000 whilst his father died from cirrhosis in 1961. He has three older siblings. Freeman was sent to his Grandparents in Mississippi as an infant and was raised by them for a number of years.

Where did Morgan Freeman go to school?

Morgan Freeman attended Broad Street High School in Greenwood, Mississippi. He won a drama competition at the age of 12 and performed on the radio. He graduated from high school in 1955, but turned down a scholarship from Jackson State University; he instead decided to enlist in the United States Air Force and served as an Automatic Tracking Radar Repairman. After four years working for the military he moved to Los Angeles and took acting lessons at the Pasadena Playhouse.

Where does Morgan Freeman live?

Morgan Freeman currently lives in Charleston, Mississippi and has a home in New York City. He also own and operated a blues club in Clarksdale, Mississippi. Morgan Freeman’s home is set on 124 acres, he has recently converted it to a bee sanctuary to help preserve the bee population.

What is Morgan Freeman’s height and weight?

Morgan Freeman is 6 feet 2 inches tall, or around 189 cm and weighs around 79kg. He is all tall, slim man and has remained around the same weight for much of his career. It has been revealed that he has fibromyalgia now, following a car accident in 2008. The pain prevents him from doing a lot of the activities he enjoyed in his youth.

What nationality is Morgan Freeman?

Morgan Freeman was born in the United States and is a US citizen. His Great-Great Grandparents were slaves who moved from North Carolina to Mississippi. He had a Caucasian great-great-grandfather who lived with his African-American great-great-grandmother. He is descended from the Songhai and Tuareg people of Niger.

Morgan Freeman has been previously asked if he considers himself to be atheist or agnostic, he has said that he believes human’s invented God and that ‘he is God’. He has worked on programs such as The Story of God With Morgan Freeman, which he says has not changed his views on religion.

What is Morgan Freeman famous for?

Morgan Freeman is most famous for being an actor and film narrator. He is famous for having a deep, commanding voice. Freeman has won a number of awards during his career, including an Academy Award for Best Supporting Actor, a Golden Globe Award and a Screen Actor Guild Award. He has also received a number of Oscar nominations over the course of his career. Freeman is ranked as the seventh-highest earning box office star, as of 2019. His combined box office gross is more than $4.57 billion.

How did Morgan Freeman’s career start?

Morgan Freeman worked as a dancer and was a member of the Opera Ring Musical theatre group in the 1960s. He acted in a number of theatre production and appeared as an extra. He made his Broadway debut in Hello, Dolly!

His first credited film appearance was in Who Says I Can’t Ride A Rainbow! but he first drew attention with his role in the soap opera, Another World and the kids show The Electric Company. Freeman continued working in theatre and received a number of Obie Awards, including one for his role as a chauffeur in Driving Miss Daisy, which was later adapted for the screen.

What was Morgan Freeman’s breakthrough role?

In the mid-1980s Freeman started to get more prominent roles, such as in Glory and in the highly acclaimed film, The Shawshank Redemption. It was his 1987 role in Street Smart that he considers to be his breakthrough role. He went on to star in films like Robin Hood: Prince of Thieves, Unforgiven, Seven and Deep Impact. He went on to appear in Million Dollar Baby, and narrated for War of the Worlds.

What has Morgan Freeman done since his breakthrough role?

More recently he played God in Bruce Almighty and its sequel, Evan Almighty. He also made appearances in Christopher Nolan’s Batman trilogy and in films such as Long Walk to Freedom, Invictus, Olympus Has Fallen and Las Vegas. Freeman has also done narration for a number of different mediums, including CBS Evening News, the opening of B.o.B’s second album and the documentary, Through the Wormhole.

What is Morgan Freeman’s net worth?

Morgan Freeman is estimated to be worth roughly $200 million. His net worth would be higher, had he not had to give his wife of 26 years, Myrna Colley-Lee $100 to $200 million in real estate and money when they divorced in 2010. Myrna initially sought $400 million! Morgan Freeman’s salary comes most form his film appearances, voiceover work and production company.

Who has Morgan Freeman married?

Morgan Freeman has been married twice. His first marriage was to Jeanette Adair Bradshaw between 1967 and 1979. He then went on to marry Myrna Colley-Lee in 1984. The couple eventually separated in 2007 before finalizing their divorce in 2010.

Who has Morgan Freeman dated?

Morgan Freeman has also been in relationship with Marcia Gay Harden, an American actress whom he has recently begun dating. The couple were spotted sharing a kiss on the red carpet, there is a large age gap between the pair – 14 years.

He has also been accused of having a sexual relationship with his stepdaughter, E’dena Hines, Morgan Freeman denies the claims.

Does Morgan Freeman have kids?

Morgan Freeman has two extramarital children, Alfonso Freeman, an American actor who has appeared in films such as Shawshank Redemption, Nurse Betty and The Bucket List and son, Saifoulaye Freeman. He also has two children with Jeanette Adair Bradshaw, daughters Deena and Morgana Freeman.

Freeman and his ex-wife Colley-Lee also adopted Freeman’s stepdaughter from his marriage with Bradshaw, E’dena Hines, who they raised together. Hines was murdered at age 33. She was stabbed to death by her boyfriend in New York City in full view of pedestrians and onlookers. Lamar Davenport was convicted for manslaughter after he plead not guilty by reason of insanity. The death and subsequent trial stirred up rumours that Morgan Freeman and his step-granddaughter had, had a sexual relationship. Freeman has denies the claims and stated that they were fabricated to help sell tabloid magazines.