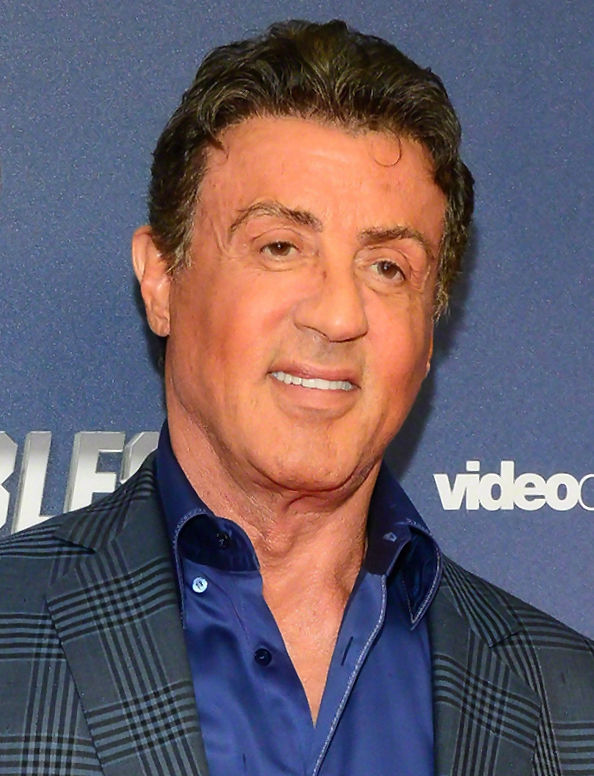 What is Sylvester Stallone’s full name?

Sylvester Stallone’s full name is Sylvester Enzio Stallone but he was born Michael Sylvester Gardenzio Stallone, like many celebrities he chose to go by his middle name as a stage name and he later changed his name.

What is Sylvester Stallone’s age?

Sylvester Stallone was born on the 6th of July, 1946 in the Hell’s Kitchen neighbourhood of Manhattan. He is currently 73 years of age and has been actively acting for many years.

Who is Sylvester Stallone’s family?

Sylvester Stallone is the eldest son of Francesco “Frank” Stallone Sr. a hairdresser and beautician and Jacqueline “Jackie” Stallone, an astrologer, dancer and women’s wrestling promoter. Sylvester’s father was Italian and born in Gioia del Colle, Italy. He emigrated to the U.S. in the 1930s. He has a younger brother, Frank Stallone who is an actor and musician. Stallone’s characteristic snarled look and slurred speech was caused by complications during his birth and the misuse of forceps which caused nerve damage and paralysis in parts of his face.

Where did Sylvester Stallone go to school?

Sylvester Stallone and his family moved to Washington D.C in 1950 so that his father could open a beauty school, there he attended Notre Dame Academy before later transferring to Lincoln High School in Philadelphia. He then went to Charlotte Hall Military School and Miami Dade College. After graduating he attended the University of Miami.

Where does Sylvester Stallone live?

Sylvester Stallone currently lives in the affluent Beverly Park neighbourhood in Los Angeles. He home is set across 15,401 square feet and has 5 bedrooms and 7 bathrooms. The house sits atop of a mountain which has incredible views across Los Angeles. His home is decorated in the Mediterranean and Spanish style and has a pool.

What was Sylvester Stallone’s height and weight?

Sylvester Stallone is approximately 5 feet 9 inches tall or 175cm’s. He weighs approximately 102 kg’s. He is a heavyset man who has a muscular frame even into his 70’s. Though he is not quite 6 feet tall he always cut an imposing figure and is well-known for his action movie roles.

What nationality is Sylvester Stallone?

Sylvester Stallone was born in the United States and is an American citizen. His father is Italian and emigrated in the 30s from Italy whilst his mother is half French and half German.

Sylvester Stallone was raised in a Catholic household and was devout in his belief growing up but he stopped attending Church as his career took off. He rediscovered his faith in 1996 after the birth of his daughter and he has since become a strict Catholic.

What is Sylvester Stallone famous for?

Sylvester Stallone is famous for being an actor, director, screenwriter and producer. He has achieved much critical acclaim during his career for his parts in films

How did Sylvester Stallone’s career start?

Sylvester Stallone began his career as a struggling actor with minor roles as an extra or side character in big budget films. His first role was in the sports drama Downhill Racer, he also appeared in the softcore pornography film The Party at Kitty and Stud’s which was later released as Italian Stallion to capitalise on Sylvester’s fame. He starred in an erotic Off-Broadway play and appeared in the film No Place To Hide. He had a number of small, uncredited appearances in films such as Pigeons, Bananas, Klute, The Prisoner of Second Avenue and MASH. He first won critical acclaim as an actor in 1974 after he starred in The Lords of Flatbush.

What was Sylvester Stallone’s breakthrough role?

Stallone gained worldwide recognition and fame with his starring role in Rocky (1976) which was huge commercial and critical success. Stallone wrote the script in three days and 20 straight after watching the Muhammad Ali-Chuck Wepner fight. Stallone tried to sell the script to a number of studios with the intention of playing the lead role. Some executives became interested and offered him $350,000 but they had their own casting ideas. Stallone refused to sell and the film went on to be nominated for ten Academy Awards and won three. Stallone made his directorial debut with Paradise Alley after Rocky. In 1979 he starred in the sequel to Rocky which was also very successful. In 1981 he starred in Escape to Victory.

What has Sylvester Stallone done since his breakthrough role?

Stallone went on to launch another major film franchise about veteran John Rambo with the action film First Blood (1982) which he followed up with the three sequels; Rambo : First Blood Part II (1985),  Rambo III (1988) and Rambo (2008). He also continued the successful Rocky film franchise with Rocky III (1985) and Rocky IV (1985). Stallone also appeared in Rhinestone with Dolly Parton, family drama film Over the Top, Cobra and buddy cop film Tango & Cash. He continued on with  number of commercially successful films in the 90s including Assassins, Daylight and Cop Land. He starred in a number of critically and commercially unsuccessful films in the 2000s including Get Carter and Shade. After a three year hiatus he returned to the Rocky series with Rocky Balboa which was a hit. In 2010 he wrote, directed and starred in The Expendables and later appeared in the 2012 sequel and 2014 sequel. In 2015 he appeared in the spin-off sequel film, Creed. More recently he has appeared in Guardians of the Galaxy Vol.2, Creed II and Rambo: Last Blood.

What is Sylvester Stallone’s net worth?

Sylvester Stallone has an estimated net worth of approximately $400 million, making him one of the highest paid actors in Hollywood. His massive fortune is owing to the fact that he has been acting since the 70s in big budget films as well as his screenwriting, directorial and producing credits. He owns his own production company which has also contributed towards his massive fortune.

Who has Sylvester Stallone married?

Sylvester Stallone has been married three times. His first marriage was to Sasha Czark whom he married in 1974 at the age of 28, the couple divorced in 1985. Stallone then married Brigitte Nielson, a model and actress. The couple married in 1985 in Beverly Hills, their two year marriage and subsequent divorce was highly publicized. Stallone was then briefly engaged to Janice Dickinson but they broke up. He ended his relationship with Jennifer Flavin after Dickinson gave birth to a child that Stallone believed was his, they broke up when he realized the child wasn’t his. He then got engaged to the model Angie Everhart before getting back together with and marrying Flavin in 1997.

Does Sylvester Stallone have kids?

Sylvester Stallone had two children with his first wife Sasha Czark, son Sage Moonblood Stallone (1976-2012) who died at the age of 36 due to heart disease, and Seargeoh (born 1979) who was diagnosed with autism. He has three daughters with his third wife Jennifer Flavin; Sophia, Sistine and Scarlet.