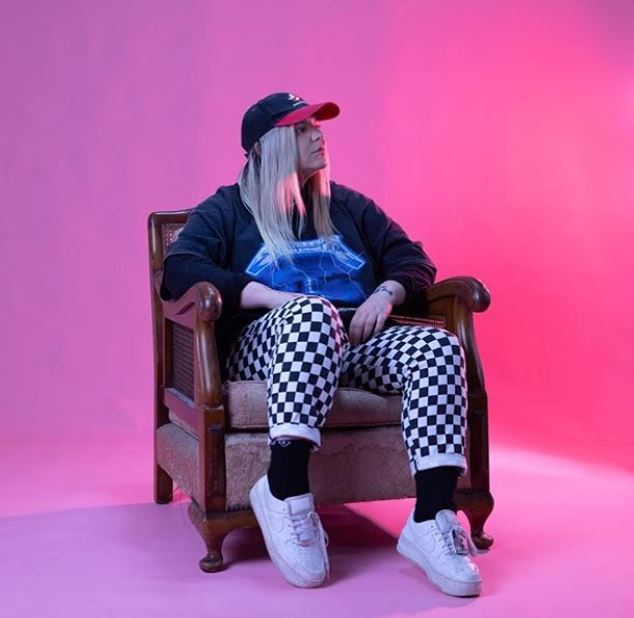 Though she is known professionally as Tones and I, her real name is actually Toni Watson. The singer has gone by her stage name since the beginning of her professional career.

The singer was reportedly born on the 13th of May 1993 in Australia; she grew up on Mount Martha in the Mornington Peninsula. She is presumed to be 27 years of age, although conflicting reports state that she was actually born on the 15th of August 2000 which would make her 19 years old.

The singer grew up singing songs with her aunty and says that she was around seven when a family member first pointed out that she could sing. Not much is known about her family yet as she is new to the public eye.

The singer spent an incredible $5.1 million on a Mt Eliza property in the Mornington Peninsula. The luxury mansion is the singer’s second property in the area. The home includes Tasmania Oak floors, alpaca fleece carpets, and Italian glass doors. The home is set across 2500 acres and features a heated swimming pool, wine cellar, and Caesar stone kitchen.

Tones and I’s height and weight

Toni Watson stands at approximately 5 feet 5 inches tall and weighs roughly 65 kg’s. She has said that she has been the target of bullying and death threats over her appearance and music.

The singer was born in Australia and is Caucasian. She first gained popularity in Byron Bay and grew up living in the Mornington Peninsula.

Tones and I is famous for being a singer, songwriter from Australia. She has achieved early success in her professional career with her song ‘Dance Monkey’ reaching number one in more than 100 countries and smashing records for the most weeks at number one on the ARIA charts, with 16 weeks on the charts. The song spent 24 weeks on the charts and beat out Bing Crosby’s record in mid-January for his song ‘White Christmas’ which spent 22 weeks on top of the chart in 1943. The song received 10x platinum certification in Australia and sold more than 700,000 units. She was the most awarded artist at the 2019 ARIA awards, winning four of the eight nominations she received.

The singer enjoyed music from a young age and learned to play the keyboard and drum pads in secondary school. She began busking in Melbourne whilst she was working at a clothing store and created a YouTube page in 2009 where she began to post videos of her a cappella covers of songs. She began to perform at local gigs and festivals around Melbourne, including the Let Go Festival. In 2014 she became the vocalist of a duo and would perform in small pubs and bars around Mornington. She eventually shifted to a solo career after being made redundant from her job. She used her redundancy pay-out to buy a RC300 loop station and began to busk up and down the east coast of Australia with her synthesizer and loop pedal. She quickly began to build a fan base and capture the audience’s attention with her performances.

In 2017 she traveled to Byron Bay and began to give live busking performances around the local area. During this time she met Jackson Walkden-Brown who became her talent manager the following month. She began writing music and busking full-time as a result of her success and won a battle of the buskers in 2018. In early 2019 she was signed to Bad Batch Records and Sony Music Australia in a co-management deal with Lemon Tree Music and uploaded her debut single ‘Johnny Run Away’ to music website Unearthed. The song was put on full rotation by the radio station Triple J and went on to peak at number twelve on the ARIA charts and receive triple platinum certification.

In 2019 the singer released her second single, titled ‘Dance Monkey’. She said that the song was written by herself, alone in around 30 minutes. The song was about her experience busking on the streets of Byron Bay where she said she experienced street harassment and people who thought she was taking away their customers. She stated that the negatives were beginning to outweigh the positives of busking, but that she didn’t want to give up performing. Luckily she didn’t give up because the song became very successful. The song went to number one on music charts in more than 30 countries, including Australia, Austria, Belgium, Canada, China, Denmark, Finland, France, Germany, Ireland, Israel, Italy, Japan, Malaysia, the Netherlands, New Zealand, Norway, Portugal, South Africa, Sweden, Switzerland, and the United Kingdom. The song broke records for the most time spent on top of the charts and was one of the first Australia songs to top Spotify’s global top 200 streaming chart list. The song spent 118 days in the number one spot on the Spotify charts. In May 2019 she gave a performance at the Big Pineapple Music Festival and opened for Splendour in the Grass and broke the record for the biggest crowd on her opening set. Her debut extended play was released in August 2019 and she later performed at the 2019 AFL Grand Final in front of 100,000 people.

In February 2020 the singer began her Kids are Coming World Tour which included five Laneway Festival dates in Australia and seven performances in North America. The tour was expected to continue through to July but was canceled due to the Coronavirus outbreak, it has since been rescheduled to September and October 2020. In 2020 Triple J aired a new song created by Tones and I, titled ‘We Can’t Wait To Go Back To A Festival When This Is Over’. Her song ‘Dance Monkey’ reached one billion views on YouTube in May 2020.

Tones and I’s net worth

The singer has an estimated net worth of around $1 million thanks to the fast success of her song ‘Dance Monkey’ and live performances at venues around the world. She has certainly come a long way from living in her van or working in retail, now owning two luxury properties in the Mornington Peninsula. Her net worth with undoubtedly grows with future music releases and tours.

The singer’s personal life has so far been kept under wraps, with her keeping quiet on her dating history and whether she is currently romantically involved with anyone. The singer does not identify as heterosexual and has talked about coming out in the past. Her music and lyrics often include references to the LGBTQ community and youth issues.