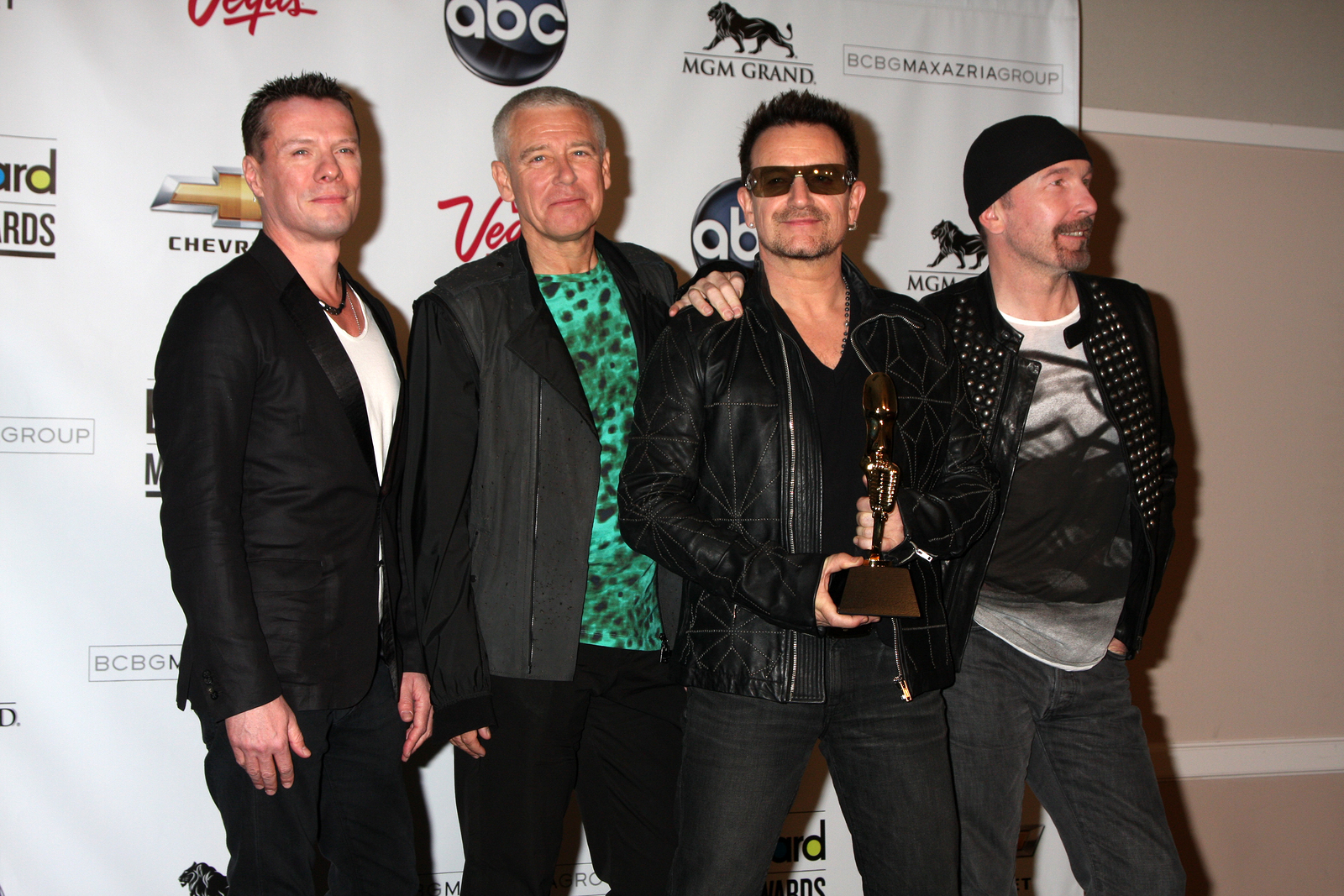 What are the U2 famous for?

U2 is famous for being an Irish rock band, first formed in 1976 in Dublin. Band members include lead vocalist and rhythm guitarist Bono, lead guitarist, keyboardists and back vocalist the Edge, bass guitarist Adam Clayton and drummer Larry Mullen Jr. The band initially began as a post-punk band but their style evolved over the years. Their lyrics often revolve around socio-political themes and spiritual imagery.

The band has had a number of hits and successful albums. They have released fourteen albums and are some of the world’s best-selling artists, having sold more than 150 million records around the world. The band has won 22 Grammy Awards, more than any other band and they were inducted into the Rock and Roll Hall of Fame in 2005, their first year of eligibility.

How did the U2’s career begin?

In 1976 Larry Mullen Jr. then 14, posted a notice on his school’s notice board to search for musicians to join a band. The band initially settled on the name ‘Feedback’ for the band. The band initially worked on cover songs and was heavily influenced by emerging punk bands. In 1977 they played their first gig at St. Fintan’s High School and changed their name to ‘The Hype’. In 1978 they changed their name to ‘U2’. In the same month the band won a talent contest and won studio time to record a demo. The Irish magazine ‘Hot Press’ was influential in shaping the band’s success and journalist Bill Graham introduced them to their manager, Paul McGuinness. The band performed across Ireland, building a fan base and later in 1979 performed at London. In 1980 they played a show at National Stadium in Dublin and were subsequently signed by Bill Stewart from Island Records.

What was U2’s career breakthrough?

After touring for the album the band began work on their third album ‘War’. The lead single of the album ‘New Year’s Day’ went to number ten in the UK and it performed well in the US. The album was the band’s first commercial success and debuted at number one in the UK. The band toured throughout 1983 and started playing larger venues, the tour was the band’s first profitable tour grossing $2 million.

What have the U2 done since their career breakthrough?

The band tried to experiment with their sound for their fourth album ‘The Unforgettable Fire’. The album was released in 1984 and peaked at number one in the UK. The band moved into indoor arenas for their next tour and participated in the Live Aid concert in 1985. The performance, in front of 72,000 fans, was a key moment for the band. The band’s next album was called ‘Joshua Tree’, it was released in 1987 and focussed on US foreign policy and the group’s fascination with the country. The album was critically acclaimed and lead the Los Angeles Times to call them the greatest rock band in the world. The album went to number one in more than 20 counties and received platinum certification in under 48 hours in the UK, where it became the fastest-selling album in British history. The album received four Grammy Award nominations and won Album of the Year and Best Rock Performance.

In 1988 the band released a double album titled ‘Rattle and Hum’ and released a documentary film about their Joshua Tree tour. The album sold 14 million copies and reached number one around the world.

The band’s next album Achtung Baby was inspired by industrial music and EDM. It was released in 1991 and became one of the band’s most successful albums, earning them a Grammy Award for Best Rock Performance. The band’s Zoo TV tour was the highest-gross North American tour of 1992 and earned the band $67 million. In 1993 the band released the album ‘Zooropa’ which won a Grammy Award for Best Alternative Music Album.

After a long break, the band contributed the song ‘Hold Me, Thrill Me, Kiss Me, Kill Me’ to the soundtrack of the film ‘Batman Forever’. The song reached number one in Ireland and Australia and peaked at number sixteen in the US. In November the band released an experimental album called ‘Original Soundtracks 1’. In mid-1995 the started on their next studio album ‘Pop’ which featured dance-heavy songs and went to number one in a number of countries.

In 1997 the band embarked on a tour but with more elaborate sets than past tours fans weren’t keen to attend shows and in some cases, they performed in front of half-empty stadiums.

In 1998 the band released ‘All That You Can’t Leave Behind’, it went to number one in 32 countries and earned three Grammy Awards. The band’s elevation tour was the top-earning tour of 2001 and grossed $109.7 million.

The band’s next album ‘How to Dismantle an Atomic Bomb’ was meant to be released in 2003, but the band were unhappy with the songs they produced. The album was eventually released in 2004 and reached number one in thirty countries. The band partnered with Apple to promote the album with the single ‘Vertigo’ featuring on an advertisement for the iPod. The band’s Vertigo tour began in 2005, it was commercially successful and earned $369 million.

The band’s twelfth album, ‘No Lines On the Horizon’ was released in 2009, four years after their previous album. The album debuted at number one in 30 countries but it didn’t include a hit single and sales were low by the band’s standards. The band began a U2 360 tour in but had to postpone some performance because Bono suffered from a herniated disk and needed surgery. The tour ended in 2011 and set records for the highest-grossing concert tour with sales of $736 million.

The band worked on multiple album projects whilst touring and in 2014 announced that their thirteenth album ‘Songs of Innocence’ would be released digitally to iTunes customers at no cost. The album became available to more than 500 million customers. It was a move that was criticized by fans and publications who compared it to receiving spam. The band began their tour in May 2015 and grossed $152.2 million. The band began work on their next album ‘Songs of Experience’ but after a shift in UK politics decided to hold on its release and reassess the tone of the album. The band toured in 2017 to commemorate the release of ‘The Joshua Tree’, earning more than $316 million. ‘Songs of Experience’ was released in December 2017. In 2018 the band began to tour, the tour eventually grossed $126.2 million.

In 2019 the band visited Australia and New Zealand for their Joshua Tree tour – the first time that they’d visited the country since 2010. The groups 2019 performances grossed $73.8 million and brought the total of their anniversary tour to $390.8 million.