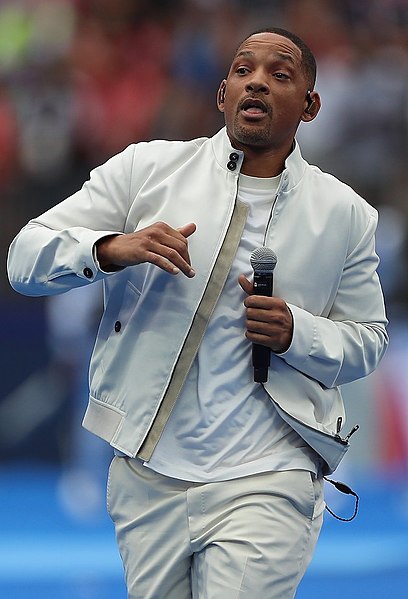 What is Will Smith’s full name?

What is Will Smith’s age?

Will Smith was born on the 25th of September, 1968 and is currently 51 years of age. Will Smith was born in Philadelphia, Pennsylvania. Will Smith has become a bit more of a silver fox in recent year, showing signs of his age with salt and pepper hair but still looks exceptionally young for his age. In his upcoming film, Gemini Man, his age was wound back to 23 years through digital recreation.

Who is Will Smith’s family?

Will Smith mother is Caroline (nee Bright) a school board administrator from Philadelphia and his father is Willard Carroll Smith Sr., a US Air Force veteran and refrigeration technician. He also has an older sister, Pamela and two younger twin siblings, Harry and Ellen.

Where did Will Smith go to school?

Will Smith went to school at Our Lady of Lourdes, a private Catholic elementary school in Philadelphia. He then went to Overbrook High School. It was reported that he later turned down a scholarship to MIT in order to pursue his rapping career, but he clarified that he never applied. He was admitted into a summer program for high school students but he didn’t go.

Where does Will Smith live?

Will Smith’s main residence is located in Calabasas, LA. His home is a $42 million mansion which is very private but close to Hollywood. The mansion is completely custom designed and took seven years to build. It has 9 bedrooms, a meditation lounge, pool room, home theatre, recording studio, a basketball court, volleyball court, trampoline, outdoor pool and an eight car garage. The home also has a lake and a gazebo. The home takes up more than 25,000 square feet. He also owns a number of other properties.

Will Smith’s height and weight

What is Will Smith’s height and weight?

Will Smith is around 6 feet 1 inch tall, or 187 cm and usually weighs around 82kg’s, although his weight fluctuates depending on his roles. He has bulked up in the past for movie roles, most recently Aladdin. He recently admitted that he had gained a lot of weight after finishing filming for Aladdin, ballooning up to 102kgs thanks to a diet of muffins. He lost the weight with a 10 day fast after his family started calling him ‘Pudge Muffin’.

What nationality is Will Smith?

Will Smith was born in a Baptist home and went to a Catholic School. He admitted in 2013 that he was not religious but expressed some affinity for Christianity in 2015 when discussing his Grandmother. He has also come out to deny that he is a Scientologist but has spoken positively about the religion in the past.

What is Will Smith famous for?

Will Smith is famous for being an American actor and rapper. He has been called the most powerful actor in Hollywood. He is a highly awarded actor and has won four Grammy Awards during his career. He has also attracted five Golden Globe Award nomination and two Academy Award nominations.

How did Will Smith’s career start?

Will Smith’s career first started when he was one half of the hip-hop duo, DJ Jazzy Jeff & The Fresh Prince. Will Smith built a reputation for his story-telling raps and profanity-free battle rhymes. The duos first album won a Grammy in 1989. Smith was later signed on to the sitcom, The Fresh Prince of Bel Air.

What was Will Smith’s breakthrough role?

Smith first big film role was in Six Degrees of Separation and in Bad Boys – which was commercially successful. He later joined an ensemble cast in Independence Day, a huge block buster film. In 1997 he starred in Men In Black, a huge block buster film – by this point he had cemented his status as a leading man. He continued releasing music during this time, including hits like Men in Black and Gettin’ Jiggy With It.

What has Will Smith done since his breakthrough role?

Will Smith career continued to grow from strength to strength, he did miss out on the role of Neo in the Matrix however. He continued releasing music, coming out with W2K, which reached number 25 on the Hot 100. He portrayed Muhammad Ali in Ali and appeared in the sequel to Men in Black and Bad Boys. He also appeared in I Am Legend, Hancock and After Earth more recently. In 2015 he starred alongside Margot Robbie in Focus, and appeared as Dead Shot in Suicide Squad. His next film was Bright, a Netflix movie. He most recently portrayed the genie in Aladdin and an assassin in Gemini Man.

Will Smith’s net worth

What is Will Smith’s net worth?

Will Smith is currently estimated to be worth $350 million. He earns $40 million every year, although it can be as much as $80 million. His income comes from his musical and acting pursuits as well as his significant real estate investments.

Who has Will Smith married?

Will Smith’s first marriage was to Sheree Zampino in 1992, the couple divorced in 1995. There were rumors that their relationship ended due to infidelity and drug use but both Will Smith and Sheree Zampino deny them, Sheree instead indicated that they simply got married too young. Will Smith then went on to marry Jada Pinkett in 1997. The couple is still together and live in LA together. Jada Pinkett and Will Smith’s ex-wife did not get on at first, admitting that they exchanged ‘fighting words’ initially, they are now a happy blended family with the couple even attending Sheree’s 50th birthday.

Who has Will Smith dated?

Will Smith has previously dated model Tyra Banks, for around a year between 1993 and 1994 and Garcelle Beauvais between 1990 and 1991. He also briefly dated Nia Long. There were rumors that he hooked up with Margot Robbie in 2013 on the set of Focus, although they remain unconfirmed. There were also reports that he’d hooked up with Karrine Steffans and Debbie Allen.

Does Will Smith have kids?

Will Smith has one child with ex-wife Sheree Zampino, Trey Smith (full name Willard Carroll Smith III) who was born in 1992. He has acted a few times, first appearing in one of his father’s music videos and is now a successful DJ. Will Smith also has two children with his wife Jada Pinkett, Jaden Smith, who was born in 1998 and Willow Smith, born in 2000. Jaden Smith has appeared alongside his father in the film After Earth and Willow Smith is a singer.