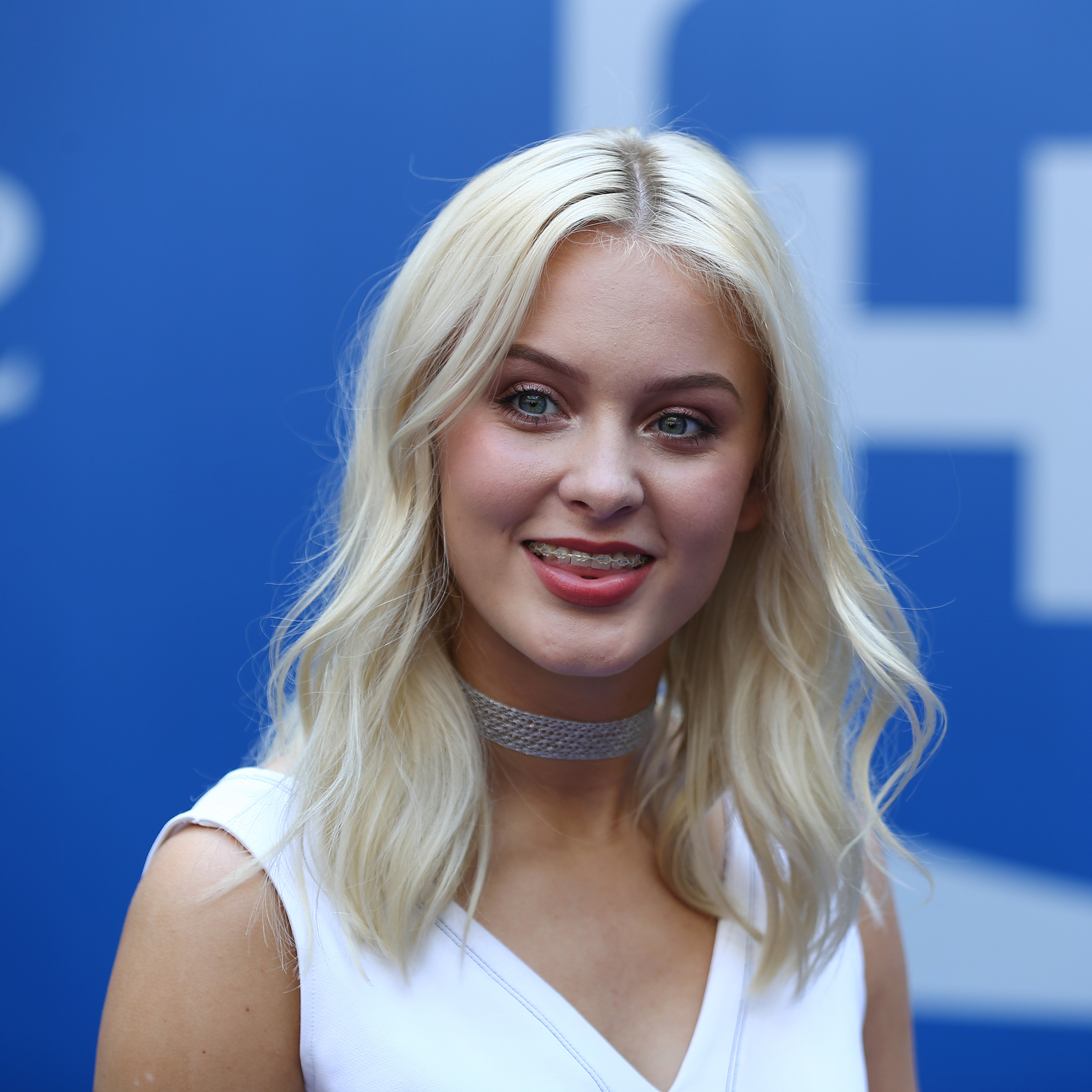 The singer’s full name is Zara Maria Larsson. She goes by her real name in her professional career.

The singer was born on the 16th of December 1997 and is currently 22 years of age. She was born in Solna, Sweden.

Zara Larsson was born at Karolinska University Hospital to parents Agnehtha and Anders Larsson. She was raised in Tallkrogen in Enskede, close to Stockholm. Her mother is a nurse whilst her father is an Officer. She has a sister who is three years younger, named Hanna who is also a singer and member of a band called Lennix. She enjoyed singing from a young age and first drew inspiration from Carola Häggkvist who she began to impersonate. She was also impressed by Whitney Houston after receiving her greatest hits album.

The singer attended Gubbängsskolan for primary school but was later transferred to the Royal Swedish Ballet School where she studied until the age of 15. After she attended Kulturama, an art school in Stockholm. She has also stated that she was accepted to study at Adolf Frederik’s Music School but she declined to attend.

The petite singer stands at approximately 163 cm’s tall and weighs roughly 62 kg’s. The singer keeps fit and healthy with an active cardio routine.

The singer is famous for being a Swedish singer and songwriter. She shot to fame in 2010 in Sweden after she won the 2008 season of Swedish talent show ‘Talang’, the Swedish counterpart to ‘Britain’s Got Talent’. Four years later the singer was signed, her debut album entered the charts in the UK and produced a number of successful singles.

The singer won the 2008 season of talent show ‘Talang’ at the age of only ten, earning 500,000 kronor. The song she sung in the finale, ‘My Heart Will Go On’ was later released as a single and charted on the Swedish singles chart for six consecutive weeks, it peaked at number seven on the charts. Between 2009 and 2010 the singer took part in the reality TV show ‘Jag ska bli stjärna’ which was about helping young aspiring Swedish talent on the road to international fame and success. The singer was managed by Laila Bagge whom she flew with to Los Angeles to talk with Disney and a number of large record companies – none of them offered her a recording contract, she later said it was because of her young age at the time.

In 2012 the singer signed with Ten Music Group to record her debut EP. The extended play titled ‘Introducing’ was leaked in December 2012 on YouTube. The EP was officially released in Scandinavia. The song ‘Uncover’ was the lead single, it peaked at number one in Sweden and Norway and reached number three in Denmark. By February 2013 the song had received Platinum certification, having received more than five million streams.  The album received triple platinum certification in Sweden for selling more than 120,000 copies.

In March 2013 the singer’s next EP was announced through a music video for ‘She’s Not Me (Pt.1) on YouTube. The EP was titled ‘Allow Me to Reintroduce Myself’ and was released in July 2013. ‘She Not Me’ which included Part 1 and 2 of ‘She’s Not Me’ was released as a double single. In April 2013 the singer revealed that she had signed a three-year contract with record label Epic Records. In December 2013 she performed at the Nobel Peace Prize concert in Oslo. In 2014 she released her first studio album in Scandinavia. The album was certified Platinum in Sweden and included the songs ‘UUncover’, ‘Bad Boys’ and ‘She’s Not Me (Pt.1 and Pt.2).  The singer performed as the opening act for Cher Llyod’s I Wish tour.

In 2015 the singer came out with the single ‘Lush Life’ from her upcoming second studio album. The song became her second number-one single in Sweden and was certified four times platinum. The song went to the top five in 18 countries and received platinum certification in 16 countries.

In July 2015 the singer collaborated with British singer MNEK on the song ‘Never Forget You’ which would be the second single for the upcoming second album. The song went to number one in Sweden, it also reached number three in Australia and number five in the United Kingdom. The song received platinum certification in Sweden after only two weeks.

In 2016 the singer collaborated with Tinie Tempah on the song ‘Girls Like’. In 2016 the singer released the song ‘Ain’t My Fault, the third single from her upcoming album. She was also named one of Time’s most influential teenagers that year. In November 2016 she released the song ‘I Would Like’ the fourth single from her upcoming album, which peaked at number two in the UK and number four in Sweden.

In January 2017, she released the song ‘So Good’, featuring American rapper Ty Dolla Sign, which served as the fifth single of her album by the same name. The album was released in March 2017, her first international release. The song ‘Symphony’ was released as a single on the same day as the album and became her fifth number one single in Sweden. The album also went to number one in Sweden and peaked in the top ten in Australia, Denmark, Finland, Netherlands, New Zealand, Norway[48] and the United Kingdom.

In May 2017 she released a music video for the song ‘Don’t Let Me Be Yours’. In September 2017 Larsson announced that had started to work on her third album and a few months later performed again at the Nobel Peace Prize Concert. In January 2018 she was named in Forbes’ ’30 Under 30 Europe’ list.  In October 2018 the singer released the lead single for her third studio album, titled ‘Ruin my Life’ along with a music video. The track did well worldwide and reached number one in the Netherlands. In 2019 she released the singles ‘Don’t Worry Bout Me’, ‘Wow’ ad ‘All the Time’ from her upcoming album. In January 2019 she released the song ‘Holding Out For You’ a collaboration with Italian rapper, singer and songwriter Fedez. In November 2019 she released the single ‘Invisible’ which was featured on Netflix’s first animated feature film ‘Klaus’. In March 2020 the song ‘Like It Is’ featuring Zara Larsson was released. The song went to the top five in Sweden, New Zealand and Norway.

Zara Larsson has an estimated net worth of $10 million, thanks to her album sales.

Who has she dated?

The singer dated British model Brian H. Whittaker between 2017 and 2019. She tweeted at him in 2015 but the pair did not meet until two years later.