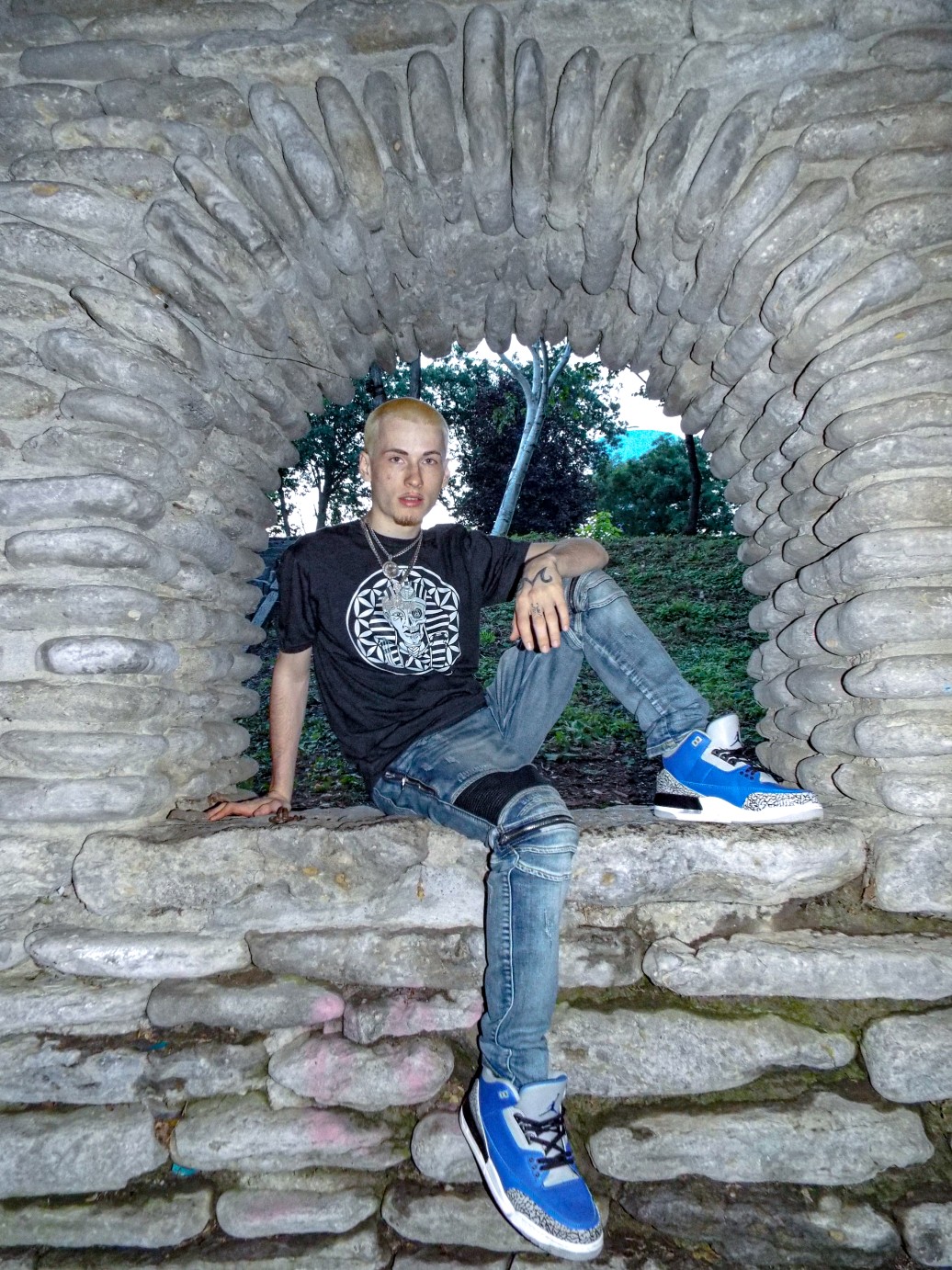 Dylan Eisenhauer aka HiVibes is one of those artists that is unpredictable in terms of their approach and resulting musical prowess. The young musician was set upon his path through a psychedelic experience in his youth which has illuminated the path he now treads on. His intention through his music is to bring a sense of unity and understanding with every release.

The artist has just released his latest album mix entitled Duality: Light To Dark, which is a trippy and exploratory take on the world as it currently stands, and the potentials that lay beyond it. He took the time to sit down with us and discuss his various influences, how he got started in the industry, and where he plans to take things next.

Hey Dylan, thanks for taking the time to answer a few questions, let’s start off easy, what led you into music production?

Hi, it’s a real pleasure to be here! I got into creating music when I was just a teenager. I’ve always been so moved by music when there was nobody to relate to or give me hope or inspiration music was always my cure. I had always considered the idea of creating music but never took it seriously until I was 17. I had a life changing psychedelic experience that reminded me of my purpose. I have this mission to help and heal as many people on this planet as I possibly can with this short time I have here.

After that experience I just knew music is the most effective way to influence people especially the younger generations, whether it’s a positive influence or not – music and music culture is one of the most, if not the most influential things in the world today. That alone is what led me into making music seriously along with around the same time as that experience, I lost my friends, family, and girlfriend and was just at all time low and new there was only one way out and that was to develop and work on my craft and talent. 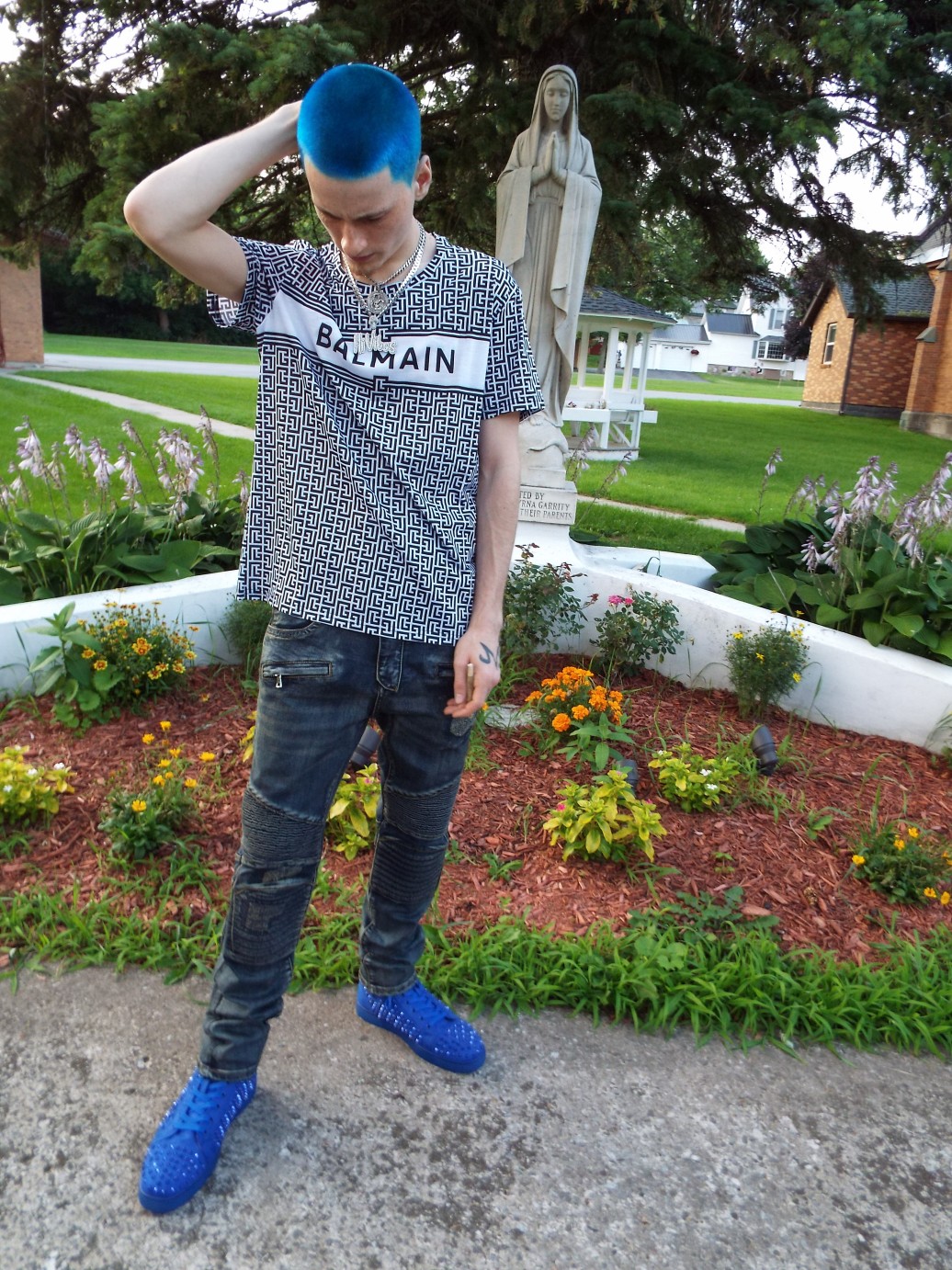 Any particular influences you have in your style or approach?

My biggest influence in music by far is The Underachievers particularly AKthesavior and the rest of the beast coast super group. The first time I heard The Underachievers and Flatbush Zombies Capital STEEZ and all of them I was only 13 back in 2013, hearing that music it was just so different my young mind gravitated towards it. Back then, I didn’t really understand all the spiritual references and philosophical bars they were spitting but I knew it was quality compared to what I had been hearing.

By the time I was 14 going into 2014, I was already obsessed with the third eye and other chakras and just elevating my consciousness in general. No person or artist I have ever related to like AKthesavior (Akeem Joseph) it’s like every word he says is speaking to my soul, like his experiences are just so like mine, or maybe he’s just able to convey his experiences in a way that is super relatable to me. His music has seriously healed and built my consciousness.

I don’t know where I would be in life without Beast Coast rappers influencing me so much… But I doubt my life would look remotely anything like it does now. 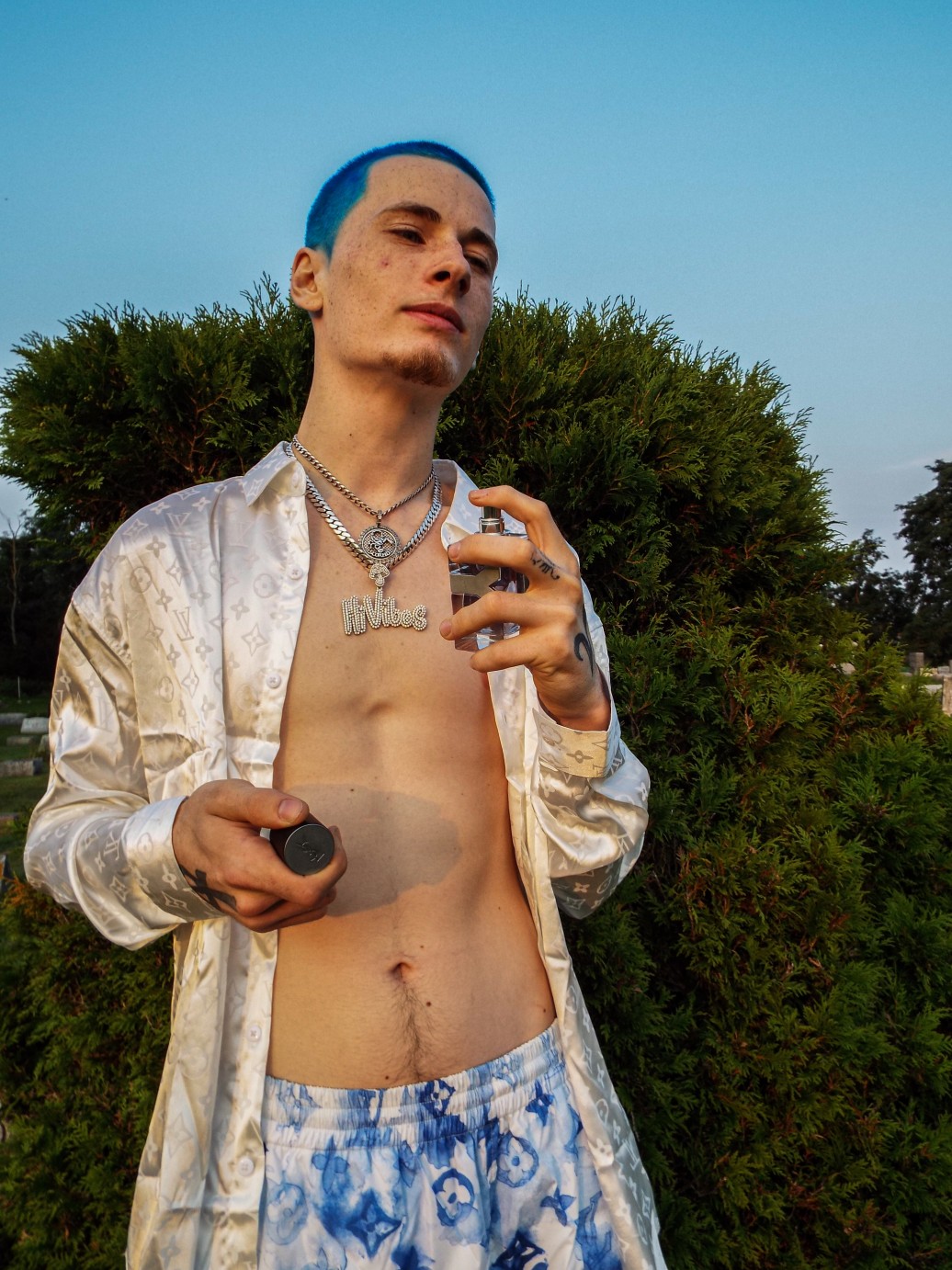 How has the pandemic affected you in terms of music production, you finding more inspiration in closed quarters?

With the pandemic changing the whole world rapidly, I found myself and music changing rapidly along with it. As it seems we have no choice, or we get left in the past. I see so much wrong with the way people and governments are responding to this whole situation and it motivates me to get some positive music out there to really help shine some light in this dark time. I don’t think influencing people in a positive way has ever been so important in my lifetime. So, this has gotten me motivated to get my album out before it’s too late for the world to come back. So lots of inspiration from this tragedy.

Describe your process a little bit, some go for lyrics first, others for the music first, what’s the HiVibes style entail?

For me the process is all about flowing freely, to me nothing should feel forced or your music will sound forced. I’ll listen to 100 beats and not even use a single one. It has to be something perfect that just hits my soul and the vibe alone makes me want to speak.

Once I got the right beat the lyrics just flow out of my heart without really much thought needed. The emotions in my soul are so strong they speak for themselves. Sometimes I don’t even write the lyrics down. When recording I always try and clear the energy of the room with incense or sage and use usually blue crystals to charge my throat chakra and keep it strong throughout the hours and long nights of recording.

I usually like to use psychedelics while in the recording process because I feel very connected with source and it’s like I get feedback from Gaia while tapped in like that but it’s totally unnecessary I can spit at the drop of a hat. 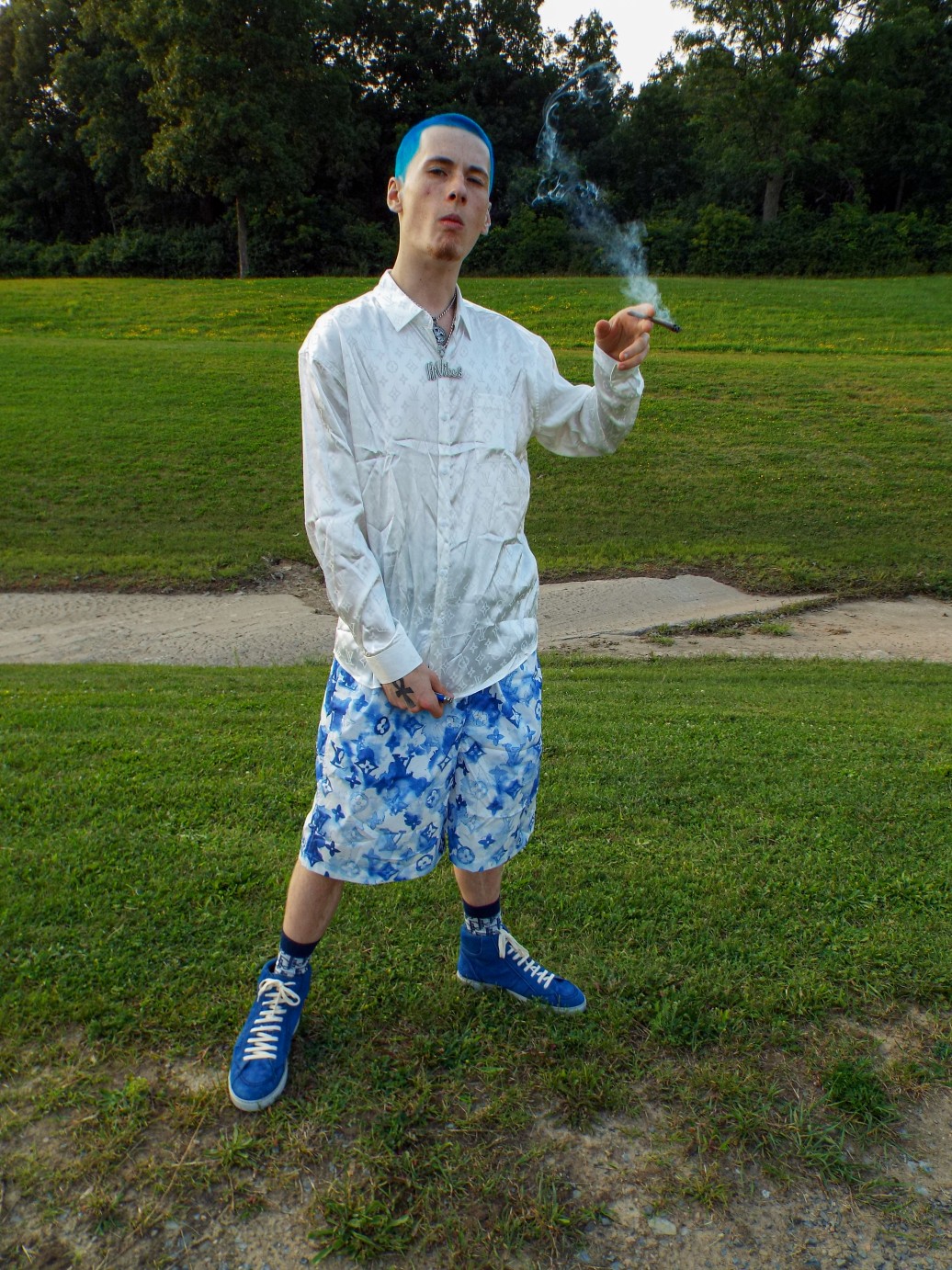 Any tracks you have that are particularly personal for you?

The title track “Duality Dark to Light” is probably my favorite on the album because of the beautiful dualistic nature of the song. I put blood sweat and tears in that one particularly it took me days and days to record, and all I can say is the sound speaks for itself. That song has a lot of potential to heal and really just change life’s in my opinion. It changed mine that’s for sure.

What’s the dream for HiVibes? Touring, contracts, there are many avenues to explore, what is yours?

The dream for HiVibes is a planet full of unified healthy people all working together for the greater good of humanity and the universe as a whole. I just dream of a world where we can all be free fit in and love and empathize with each other. Nobody should starve nobody should be homeless nobody should be poor we should all be rich physically mentally and spiritually. Of course, I want to travel the world and touch souls in every city. But I only really want this spotlight because I know I can change lives of so many if I really apply myself and balance my heart and mind.

Next HiVibes is about to drop a bunch of banger music videos, merch and other exclusive content for the fans now and blow up in the meantime. I’ve been taking off on social media nothing too crazy got my TikTok banned at 12k but it only took me a month to get 12k so I’m confident I can do it again 10x better. The future is looking bright, I have no doubts about that! 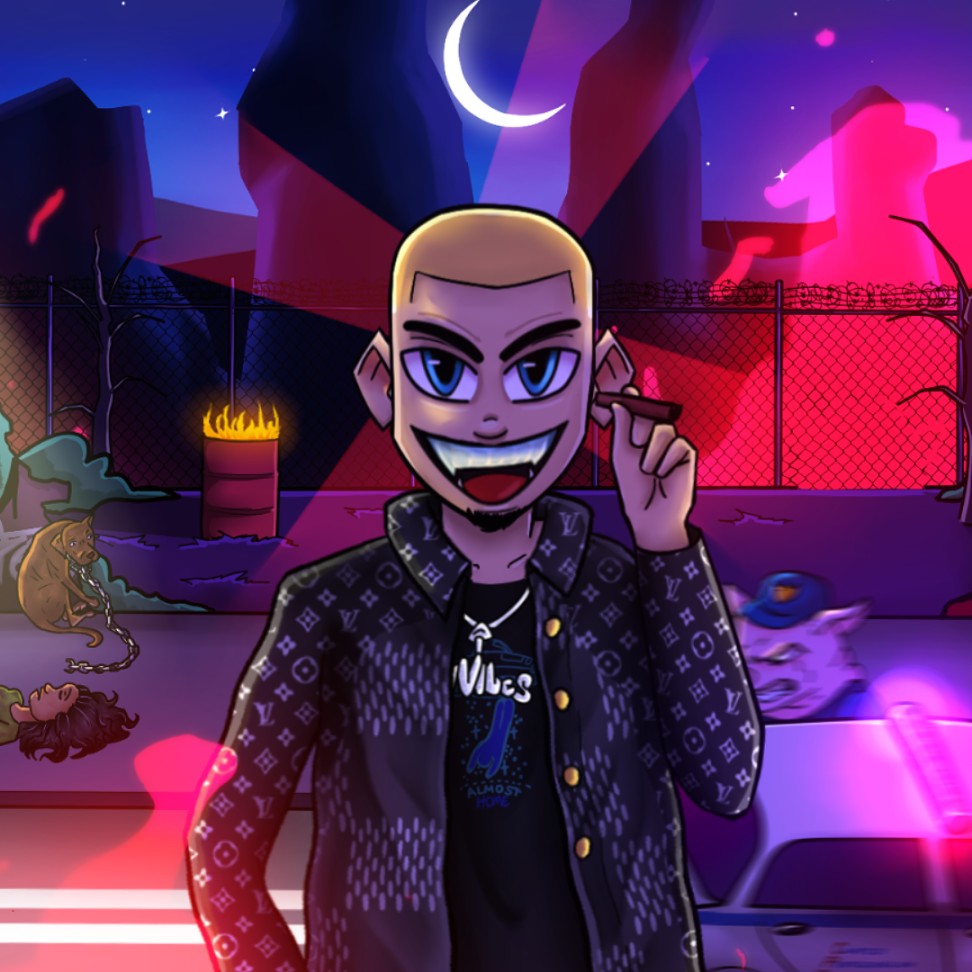