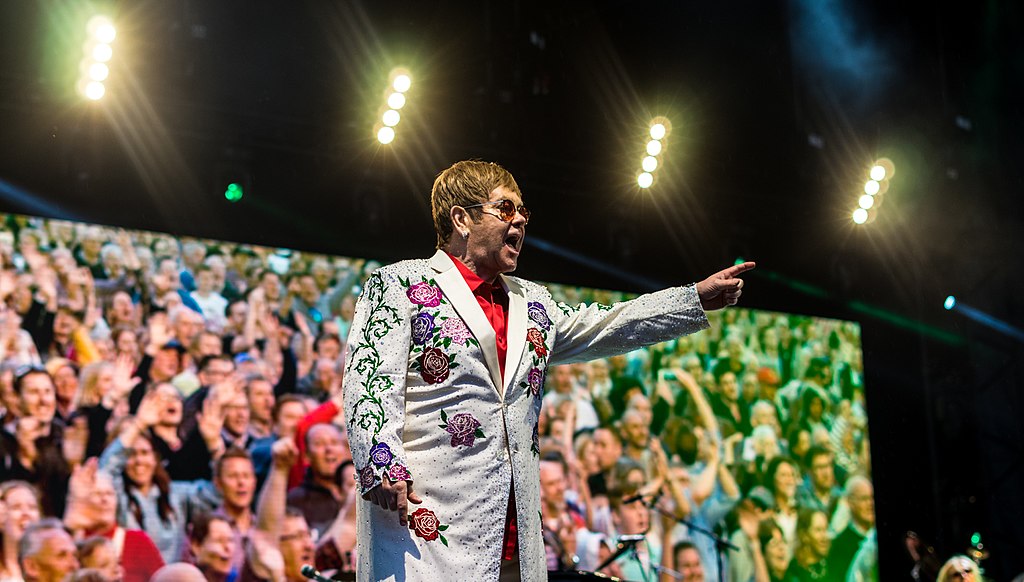 Mere hours before he was due to perform a show in Indianapolis over the weekend, famous singer/songwriter Elton John was forced to make an announcement to fans on his Instagram page. He said, “To my dear fans in Indianapolis, It is with the heaviest heart that I’m forced to deliver the news that I am extremely unwell and therefore unable to perform at @TheFieldhouse tonight,”.

The illness comes only a day after it was reported his mother-in-law had passed away. In his announcement, Elton says that the show has been postponed for March 26th, 2020.

The venue said, “We do apologise for any inconvenience caused by this necessary change and wish Elton a speedy recovery.”

Elton’s husband David Furnish announced the death of his mother on Instagram. Apparently, she died peacefully in her sleep surrounded by her family.

In the post Furnish said, “Today I lost my beautiful, angelic Mother. She passed away peacefully in the middle of the night, with me and my brothers by her side. Mum radiated gentle kindness. She was utterly devoted to her family. We all richly benefited from her patient wisdom and bountiful love. I treasure this photo of Mum and Dad on their wedding day — bursting with joy and fresh-faced optimism over their union and the life they planned to build together. They shared the greatest love I have ever known; A rock-solid foundation from which my brothers and I flourished. Rest in peace Mum. You lived your life impeccably. I will never forget you. I promise to do my best to pass the gifts you gave to me on to my own beautiful sons.”

To my dear fans in Indianapolis, it is with the heaviest heart that I'm forced to deliver the news that I am extremely unwell and therefore unable to perform at @bankerslifefieldhouse tonight. I absolutely hate to let my fans down, but I owe it to you to put on the best #EltonFarewellTour show possible and unfortunately that's simply not possible. The date will be rearranged for March 26th 2020, and I promise I will deliver the show you deserve. Thank you so much for your support and understanding. xx

It is unknown if the ‘illness’ Elton reports is simply him taking some time to grieve and be supportive of his husband who just lost his mother. Regardless, this is one that most fans will probably forgive Elton for.