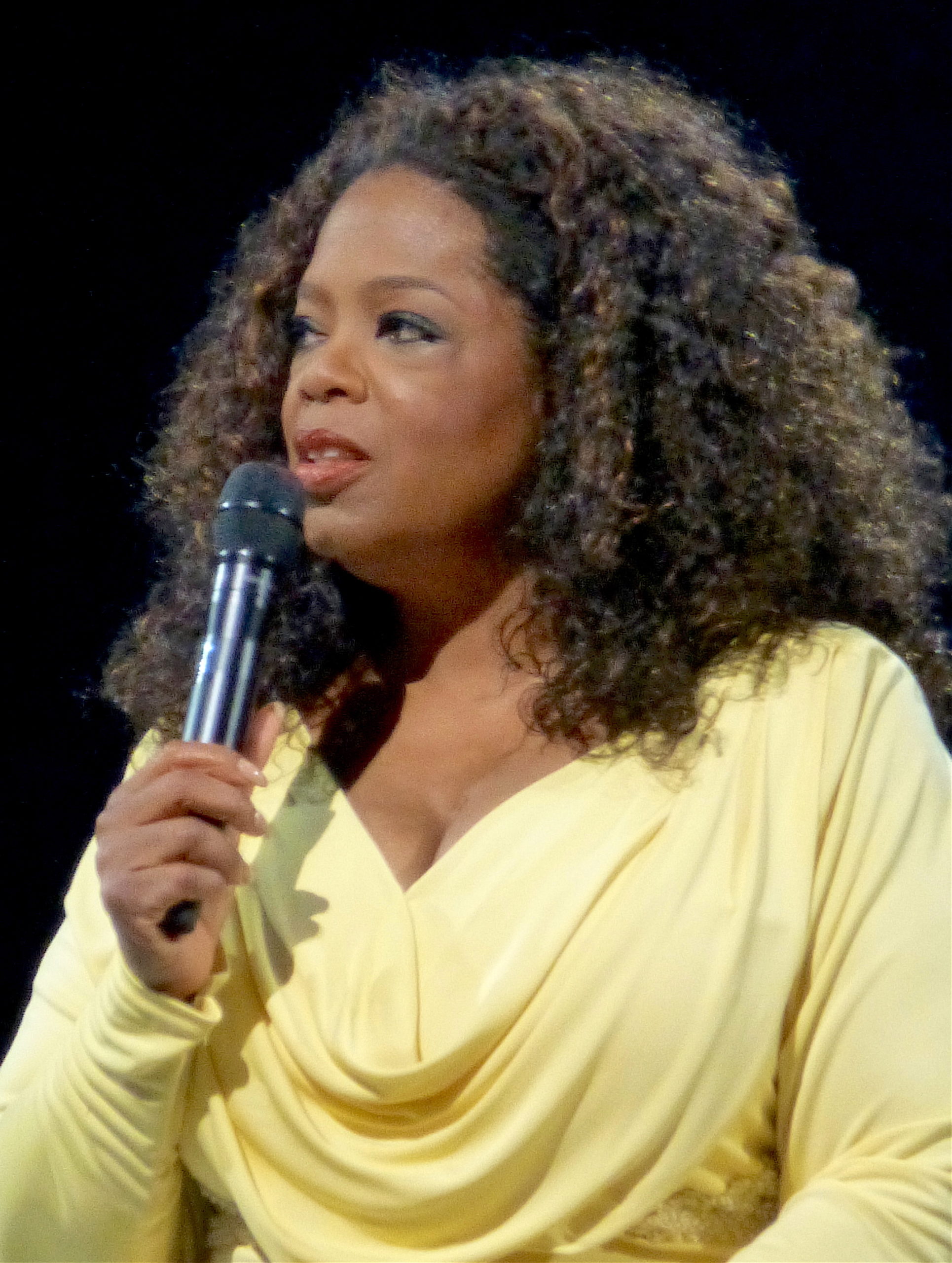 What is Oprah Winfrey’s full name?

Oprah Winfrey’s full name is Oprah Gail Winfrey, but she was born Orpah Gail Winfrey after a biblical figure. Her name was regularly mispronounced and eventually the name Oprah stuck. Her name was chosen by her Aunt Ida, although nobody knew how to spell it correctly.

What is Oprah Winfrey’s age?

Oprah Winfrey was born on January 29, 1954 and is currently 65 years of age. She was born in Kosciusko, Mississippi to an unmarried teenage mother. She looks great with her age, with many saying that she gets better as the years go by.

Who is Oprah Winfrey’s family?

Oprah Winfrey’s mother, Venita Lee was a housemaid who gave birth to Oprah as a teenager. Winfrey’s biological father was notes a Vernon Winfrey, however Noah Robinson Sr has also claimed to be her father. Oprah Winfrey also has a Grandmother, Hattie Mae, who she lived with for a number of years. Her mother gave birth to a half-sister, Patrician who later died in 2003 at the age of 43. She also gave birth to another daughter who was put up for adoption and was also name Patricia, Winfrey did no learn about her sister until 2010. Oprah also has a half-brother who died of AIDs in 1989. Winfrey spoke out about being molested by her cousin, uncle and a family friend in 1986.

Where did Oprah Winfrey go to school?

Oprah Winfrey attended a number of schools as a child. She was teased in elementary school for wearing potato sacks as clothing due to her poverty. She attended Lincoln High School in Milwaukee but was transferred to the more affluent Nicolet High School and East Nashville High School later on. She won a full scholarship to Tennessee State University after an oratory contest.

Where does Oprah Winfrey live?

Oprah Winfrey owns seven multi-million dollar homes around the world. She spends most of her time in her 20,424 square foot estate in Montecito, CA. The home has 6 bedrooms, 14 bathrooms, two home theatres, a wine cellar, tennis courts and a large guest house. She also recently purchased the expansive property next door.

What is Oprah Winfrey’s height and weight?

Oprah Winfrey is 5 feet 6 inches tall, or 169cm. She weighs in at around 77kg although this fluctuates a lot. Oprah Winfrey is well known for being a serial dieter and has lost and gained weight many times throughout the years. She is a famous advocate for Weight Watchers and has dropped down to around 68kg’s on a few occasions when on the diet.

What nationality is Oprah Winfrey?

Oprah Winfrey was born in the United States and is of American nationality. She took a genetic test in 2006 which revealed that her family was from the Kpelle ethnic group from Libera. Her ancestry is primarily Sub-Saharan African, a small portion of Native American and a tiny percentage of East Asian heritage (which could be attributed to Native American lineage).

Oprah grew up as a Baptist, Her family was deeply religious and many of her local church favoured evangelical Protestantism and born-again beliefs. She states that she believes in God and that she is a Christian. She states that she has church with her at all time and that her favourite Bible verse is Acts 17:28.

What is Oprah Winfrey famous for?

Oprah Winfrey is an American media personality, actress, talk show host, television producer and philanthropist. She is most widely known for being the host of her own talk show, The Oprah Winfrey Show which was broadcast from Chicago. The talk show was the highest-rated talk show in history and ran from 1986 to 2011.

How did Oprah Winfrey’s career start?

Oprah Winfrey’s career started with a role as the youngest new anchors, and the first black female news anchor on Nashville’s WLAC-TV. She later moved to Baltimore’s WJZ-TV. She later relocated to Chicago to host WLS-TV’s half hour talk show AM Chicago. The low rated show quickly overtook Donahue, which was the highest rated talk show at the time.

What was Oprah Winfrey’s breakthrough?

Oprah Winfey’s big break came when Roger Ebert talked her into signing a syndication deal with King World. Her show was renamed to The Oprah Winfrey Show and expanded to full-length hour long episodes. Oprah’s talk show brought in double the national audience that Donahue did. The format of the show was initially about tabloid news but Oprah Winfrey changed it in the mid-1990s to focus more on broader topics. She often discussed difficult issues on the show and did giveaways. Winfrey is sometimes criticised for promoting junk science and the confessional format.

What has Oprah Winfrey done since his breakthrough role?

The Oprah Winfrey Show was on the air from 1986 until 2011 before Oprah decided it was time to step away from the talk show. In 2017, it was announced that she would join 60 Minutes as a guest contributor on Sunday evenings. She stayed in the role until 2018. In June 2018, Apple made the announcement that Winfrey had signed a multi-year contract and would create new content which would stream exclusively on Apple TV+.

What is Oprah Winfrey’s net worth?

Who has Oprah Winfrey married?

Oprah Winfrey is not married. She often faces questions about marrying her life partner, Stedman Graham but states that they will never marry. She says that if they had they would most definitely not be together because Stedman Graham is a traditional man, and Oprah needed the space to put her career first. They were engaged briefly but the wedding never happened. Over the course of their 32 year relationship they have had to battle rumours about splitting up and cheating but remain steady.

Who has Oprah Winfrey dated?

Oprah Winfrey has been dating Stedman Graham since the 80s and has not been linked to anyone else in Hollywood. The couple met at a charity event in Chicago in the same year that The Oprah Winfrey show first premiered. They have remained together ever since. Stedman was previously married to a woman named Glenda Graham but was divorced by the time he met Oprah.

Does Oprah Winfrey have children?

Oprah Winfrey and Stedman Graham have never had children together, although Stedman has a child from his previous marriage and has recently become a Grandfather. Oprah Winfrey told the media that she did not choose to be a mother because she had never been well-mothered, instead she donated much of her attention to philanthropic concerns and helps children through a number of charities.