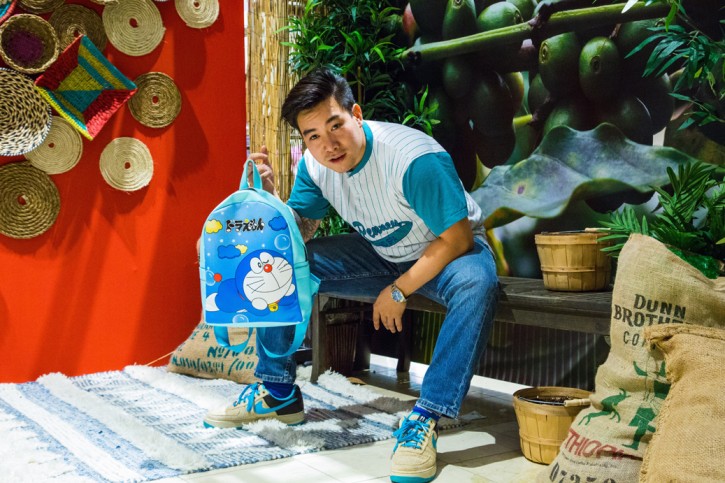 Rising Vietnamese American hip-hop artist Fat Panda Tuan isn’t shy about his love and appreciation anime, and how his passion for it plays a heavy influence on his music. His music attracts a wide audience from all backgrounds, with a shared love of Japanese animation and hip-hop.

Fat Panda Tuan answered a few questions for us about his background and the development of his sound.

How did you first develop your love for hip-hop?

I fell in love with hip hop when I was 6th grade.  I used to be obsessed watching MTV raps, url, bet, the basement. I remember when 8 mile I was really inspired. Everything that Eminem was spitting was ridiculous. This was when I wrote my first rhymes. I started rapping and recording myself and my friends in junior high.  I remember recording on Cool Edit Pro and Audacity. Those times were the best. Because of my love of my hip hop I was able to connect with my closest friends until today. 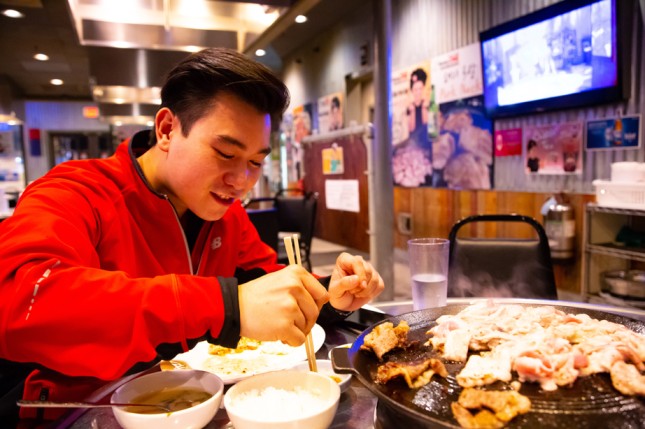 How did you come up with the name Fat Panda Tuan?

Fat is my nickname. Pandas are my favorite animal. Tuan is my first name.

I came up with this name because I wanted something unique that resembles my brand and who I am.

Do you have a certain creative process you follow for writing your music?

I like vibing to the beat first and I might freestyle out loud or in my head. I think of the melodies and the flows and then I try to either come up with an intro or the hook first. Once the hook is done then I’ll the hook. Depending on the song I’ll do a bridge or outro. I might smoke a little something before and after I finish laying the track down. It’s reward to your ears and soul hearing the music mixed after you’ve done the hard work of laying it down.  Other than that, I just like to have fun with it. I think that’s the whole point of the process.  Listening back to the art you just painted on the canvas is something that touches the soul in the most rewarding way. It’s a whole process, it’s a vibe. I just be having fun.

What inspired you to incorporate motifs from anime in your music and cover art?

I grew up watching anime. Honestly, I’m a huge anime nerd. I can name animes like rappers. To me, anime is therapy.   One of the first animes I watched growing up was Doraemon. It became my favorite anime; I even watch today sometimes. From then on, I wanted to watch as many as many as possible. Anime has been a big part of my life. I want to show my audience that I truly have a love for anime and how it plays a huge part in my life and my music.

Besides music, are there any other creative outlets you express yourself with?

I like to play video games and I plan to do a YouTube review channel somewhere in the future. Besides that, I work out often incorporating strength training with a mixture of cardio.  I like coming up with different types of work out regimens. You have to train the body in order to have a healthy mind. I also have a food blog that I put my time into here and there.

How would you describe your sound and its place in the mix of hip hop influences out there today?

My sound is a mixture of today’s modern sound combined with elements of the boom bap and early 2000s hip hop. Old school hip hop which I consider from 88 to early 2000s is where i studied my game.  Lyric driven hip hop will always have a place in my heart but I’m a huge fan of today’s southern hip hop.  I love lyrics but what’s most important is the flow and the vibe of the song.  And i love catchy adlibs.  I’m a fan of today’s modern sound. I like mixing elements of old school hip hop and blending them with today’s wave.

Do you feel that you attract an audience that typically doesn’t listen to hip-hop artists?

No. I have a multi-cultural audience that listens to all types of hip hop. I would say I attract a different type of audience to hip hop. I’m Vietnamese American and the Japanese culture plays a huge influence in my life. 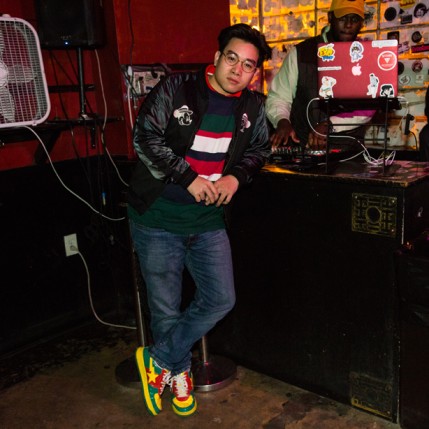 How was the process of developing your album Shinobi Tempura? Were there any challenges you overcame?

When I created Shinobi Tempura, I just wanted to make an album that I could play for myself. Just for myself, and nobody else. It all changed, when I started working with Kid Ocean beats. I received great feedback from others which prompted me to release the project professionally. I think the challenge was finding the right beats for my style. After all it was my first project professionally after spending several years working in the fitness and business industry.  The whole creation process of this album was to have fun and it helped me learn more about myself. Shinobi Tempura became more than just a piece of art, this project was a life changing experience for me.

What are your long-term goals and what can fans expect from you in the future?

I want to be able to connect the Asian culture with the hip hop culture as much as possible.  My long-term goals are to own a record label in my home country in Vietnam. I would also like to purchase property in Japan. I want to be able to tour internationally especially all-around Asia. Eventually, I will own a ramen or Vietnamese restaurant.  Most importantly, I want to buy a mansion for my Mother.