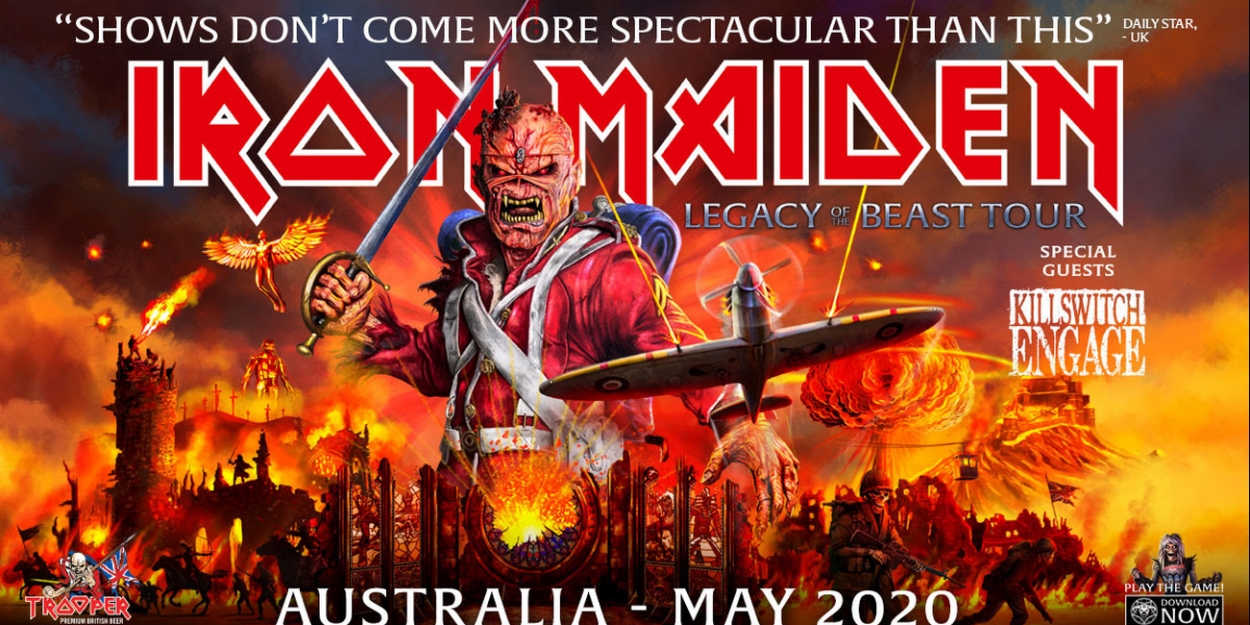 Iron Maiden has announced its 2020 tour to Australia where they will give Aussies a chance to experience their highly-praised ‘Legacy of the Beast’ live show. The awe-inspiring stage show involves heavy use of pyrotechnics and even a replica Spitfire fighter plan, fitting in with the show’s visual motif of British military history with the iconic band mascot being dressed as a redcoat.

Their first Aussie show will be at the RAC Arena in Perth on May 1st. After that, the rock legends will head to Adelaide, then to Brisbane, then to Sydney and end their tour in Melbourne on May 7th.

This tour has been described as ‘next level’ and beyond the scope of anything the band has produced before. Despite the band’s age, they don’t seem to have lost any of their enthusiasm or talent over the decades.

The motif of the tour is actually a tie-in with their mobile game of the same name wherein band mascot Eddie goes through stages based on the band’s songs. The Spitfire replica featured prominently in promotional material is just one of the many immense props that are used during the elaborate stage show.

Iron Maiden has done very well to stay relevant and attract a modern audience of younger fans who have inherited their parents CDs and are continuing their fandom through the generations. While rock music may not be at the top of the charts anymore, it definitely makes up for it in the immense scale and quality of live shows that are popping up everywhere. The recent announcement of MCR playing at Download festival has gotten metal fans in Australia very excited alongside fans of older styles of rock n’ roll.