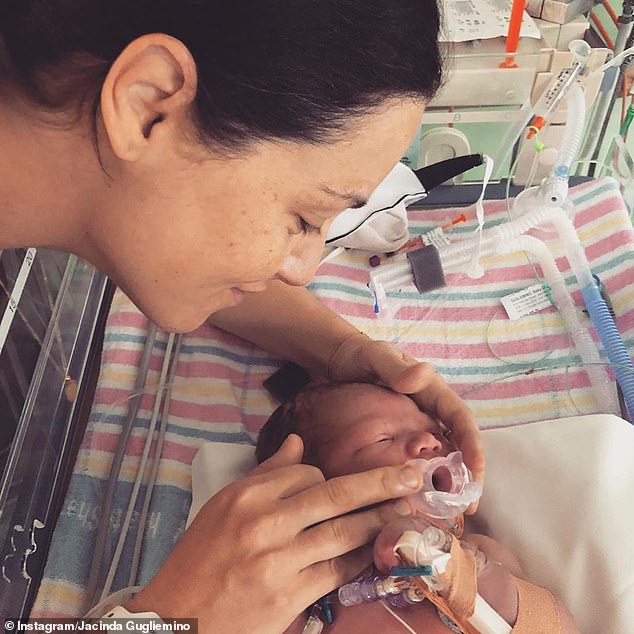 The Bachelor world welcomes another new life, with Jacinda Gugliemino, who starred on the Bachelor season with Sam Wood, giving birth to a baby boy on Monday. Jacinda announced the great news via Instagram the day after the delivery, introducing the world to her ‘little man’, who she shares with partner, Callum Sauer. The young boy has been named Jesse Wolfgang Sauer.

Callum and Jacinda have been together for almost three years and while their time together has been wonderful, their relationship has not been without tragedy. In December 2018, Jacinda suffered a tragic miscarriage. In May earlier this year, however, Jacinda took to Instagram to post a selfie of her sporting a burgeoning baby bump.

Jacinda has uploaded a few photos of her new baby boy, Jesse, who appears to be on breathing assistance for the time being. In another proud picture, Jacinda’s partner, Callum, is seen cradling his newborn son. While Jacinda is well known for her appearances on the Bachelor, less is known about her partner, Callum, who supposedly works for the European beer brand, Heineken.

Jacinda and Callum’s new addition to the family is feeding the recent births from ex-Bachelor stars, giving rise to the phrase “Bachie babies.” Indeed, Simone Ormesher, from Matty J’s season in 2017, welcomed her first daughter into the world in October of this year. Similarly, Matty J and Laura’s first daughter, named Marlie-Mae, arrived in July, while Emily Ghougassian also gave birth to a baby girl in the same month.