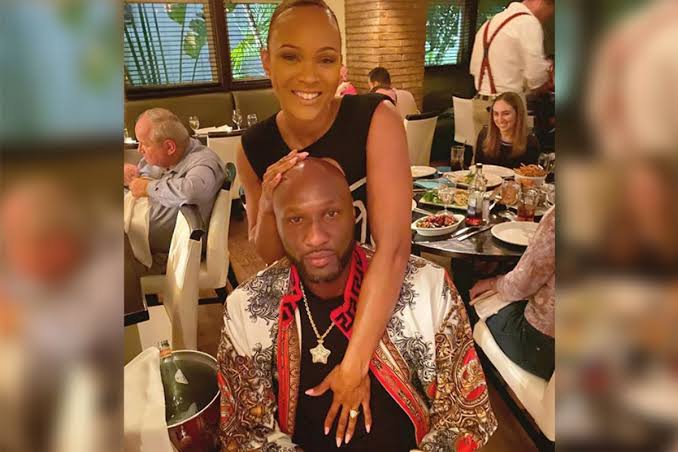 Despite only having dated for the past three months, Lamar Odom has announced that he and Parr are engaged. The couple were seen public for the first time in August. The former Los Angeles Lakers’ player appears ready to walk down the aisle again, having only finalised his divorce with Khloe Kardashian in December 2016.

Lamar famously popped the question to Khloe after just one month of dating back in 2009. The couple were subsequently married a mere nine days later, on September 27. In 2013, however, everything spiralled out of control for the NBA star, as Lamar’s DUI and cheating allegations surfaced. Khloe subsequently filed for divorce in 2013. In 2015, Lamar was hospitalised after suffering a stroke in a legal brother in Nevada. He was placed on life support and faced a long road back to recovery, including learning how to walk again.

Lamar didn’t start publicly discussing his issues with drugs and addiction until 2017. He spoke of his relapses in late 2016 and his commitment to getting his life back on track. While Khloe admitted that Lamar would always hold a special place in her heart, their divorce was officially finalised in 2016, after she had helped him with aspects of his medical recovery.

Lamar informed his legion of fans of his engagement via Instagram, calling his fiancé, Sabrina Parr, the one. No news has been given about when and where the wedding will take place, however, it’s certainly more good news for Lamar who recently played for the Philippine basketball club, Mighty Sports.