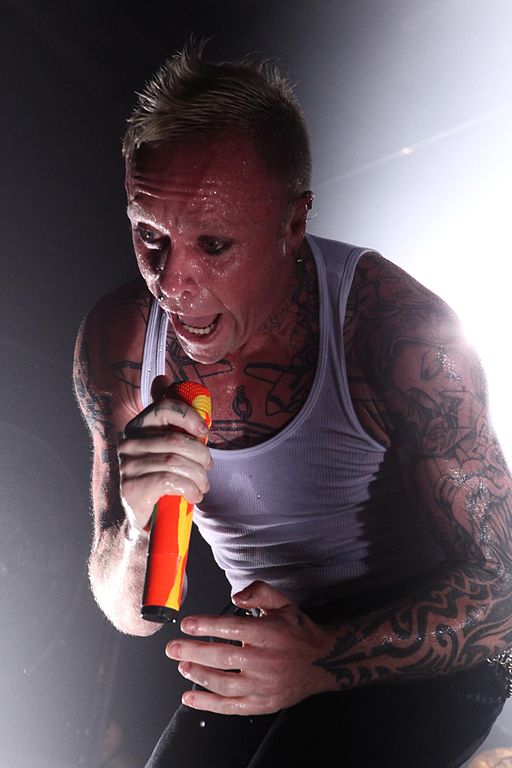 The late frontman of the UK dance music group Prodigy Keith Flint’s valuables have reportedly sold at auction for £347,750 GBP which is approximately $447,385.59 USD at time of writing.

Flint died tragically at 49 earlier in March of this year and left a number of debts behind him that totalled to £7.3 million. His personal belongings were auctioned as a means of paying of some parts of the debt he accumulated in life.

Because of the high amount of interest in the artist’s belonging, bidding was delayed by 20 minutes when the website crashed from an overload of activity. Naturally, the big-ticket items that accounted for most of the sum were his MTV music awards and various other statutes and one-of-a-kind accolades.

Other items that sold included a custom oak and steel bed from Steve Liddard which sold for less than expected and presentation discs for ‘The Fat of the Land’. The auction also sold picture discs of ‘Music For the Jilted Generation’, a John Parkin canvas that was signed and a Lego version of Keith by the artist PlasticGod aka Doug Murphy.

Martin Millard, the presiding auctioneer, said that “We’re delighted. “I don’t think it could have gone any better. I think it surpassed all expectations, yet we had no real sense of how it was going to do.”

The dance music world was shaken with news of the untimely death of Keith who many saw as a pioneer of UK rave culture and in turn a pioneer of the development of modern dance music. He death was particularly felt hard in the underground UK garage rave scene where Keith and other Prodigy members have their roots.