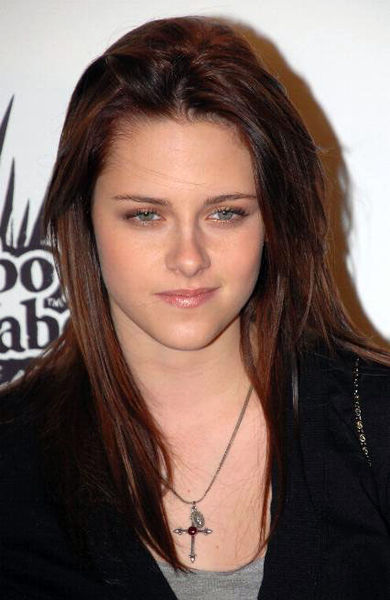 What is Kristen Stewart’s full name?

Kristen Stewart’s full name is Kristen Jaymes Stewart. She chooses to go by her real name in her professional career. Many actors and actresses prefer to go by a stage name or shortened name, but Kristen has been acting since she was a child and has always used her real name.

What is Kristen Stewart’s age?

Kirsten Stewart was born on the 9th of April, 1990 and is currently 29 years old. She was born in Los Angeles, California. She has been acting since she was young and achieved a lot of film success in her early twenties. Kristen’s career is still going strong now and will likely continue to grow from strength to strength as she reaches her thirties.

Who is Kristen Stewart’s family?

Kristen Stewart’s parent both work in the entertainment industry. Her father John Stewart is a stage manager and television producer for Fox and Comedy Central. Her mother is an Australian woman named Jules Mann-Stewart whose hometown is in Maroochydore, Queensland. She is a script supervisor. Stewart also has an older brother, Cameron Stewart and two adopted brothers, Dana and Taylor.

Where did Kristen Stewart go to school?

Kristen Stewart attended school up until grade seven, she went to Laurel Springs School and A.E Wright Middle School, she completed high school through distance education on set after that. She has come out to say that her teachers failed her and that distance education lifted the weight off her shoulders as her teachers would not help her catch up after she’d been away on set for films. It was also previously reported that she enrolled at the University of California, although it remains unconfirmed if she is taking classes there.

Where does Kristen Stewart live?

Kristen Stewart lives in a home in the affluent Los Feliz area of California. She purchased the home for $2,195,000 and enjoys views of the LA skyline. The home has a lush outdoor area that includes a pool, spa and fire pit. The home has four bedrooms and four and a half bathrooms.

What is Kristen Stewart’s height and weight?

Kristen Stewart is around 5 feet 5 inches tall, or around 165cm and weighs about 54kg’s. She is quite slim and not overly curvy. Kristen Stewart is naturally slim but has had to lose weight for roles in the past. She appeared to lose a dramatic amount of weight for her role in Twilight: Breaking Dawn but revealed that it was all digital editing.

What nationality is Kristen Stewart?

Kristen Stewart likes to keep her religious and political views to herself and has not talked about her beliefs in the media. She has come out to say that she likes to keep things to herself and would prefer not to open up. Despite Stewart’s preference for privacy, the media have speculated about her possible religious affiliations. Considering she grew up in LA, it’s likely she’s either agnostic or atheist.

What is Kristen Stewart famous for?

Kristen Stewart is most famous for being an American actress and director. She has won several awards during her career, including a Cesar Award (she was the first American actress to wn the award). She was the highest paid actress in the world in 2010 and 2012 and her films have grossed more than $4.3 billion.

How did Kristen Stewart’s career start?

Kristen Stewart’s career began at eight years of age, when she gained her first role in the television film, The Thirteenth Year. She next appeared in The Flintstones in Viva Rock Vegas in a minor role. She also appeared in the independent film, The Safety of Objects, in 2001 as the tomboy daughter of a single mother. She then went on to play the daughter of Jodie Foster’s character in Panic Room in 2002 and was nominated for a Young Artist Award for her performance. She was then cast in the thriller, Cold Creek Manor and played the daughter of Sharon Stone, the performance again earned her a young artist nomination. Her first starring role was in Catch That Kid in 2004. She has a number of other roles including a role in Speak in 2004 and Zathura: A Space Adventure, Fierce People and the Messengers. In 2007 she appeared in In The Land of Women alongside Meg Ryan and Adam Brody.

What was Kristen Stewart’s breakthrough role?

In 2008 she appeared in the highly anticipated Twilight film, her role as Bella Swan catapulted her to super stardom. She received mixed responses for her role in the film, with many people criticizing her being wooden, and for lacking facial expression. She appeared in the three sequel films to the film over the following years. She also appeared in Adventureland and The Runaways, both films that she received praise for. She won a BAFTA role in 2010 for her role in Welcome to the Rileys. Stewart later starred as Snow White in Snow White and the Huntsman.

What has Kristen Stewart done since her breakthrough role?

Following the end of the Twilight Saga, Kristen Stewart has gone on to appear in films such as Camp X-Ray, Clouds of Sils Maria, American Ultra, Equals, Personal Shopper. She was also announced as the face of Chanel and Balenciaga. She became the youngest artist to be honoured at the New York Film festival in 2016 and made her directorial debut in 2016 with the short film titled Water. She has most recently appeared in films such as Lizzie and Seberg.

What is Kristen Stewart’s net worth?

Kristen Stewart’s net worth is approximately $70 million. For a couple of years she was the highest earning actress in Hollywood, but her earnings have shrunk since the end of the Blockbuster series, Twilight. Most of her income is earned from her film roles but she also has a number of endorsement deals with major fashion labels such as Chanel and Balenciaga.

Who has Kristen Stewart dated?

Kristen Stewart famously dated her Twilight co-star, Robert Pattinson whilst they were filming the Twilight movies. However, in 2012 she was photographed by the paparazzi having an affair with film director, Rupert Sanders, who was directing the film Snow White and the Huntsman. Sanders was 19 years older than Stewart and married at the time. Both Sanders and Stewart issued public apologies. Stewart and Robert Pattinson split following the scandal and then briefly got back together before breaking up for good in 2013. She has also dated special effects producer Alicia Gargile and French singer, Soko and musician Annie Clarke. She has also had a relationship with the model Stella Maxwell and stylist Sara Dinkin. She is currently dating screenwriter Dylan Meyer.