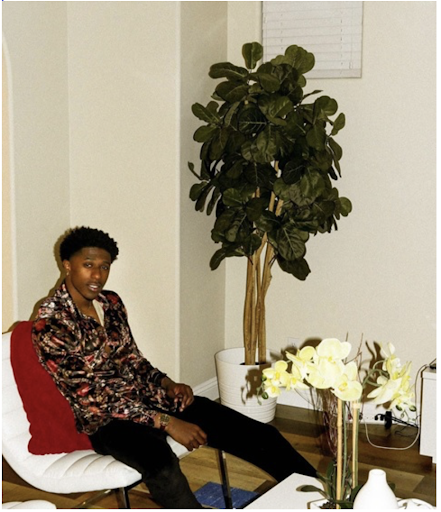 Musicians who can acclimate to new barriers while maintaining a steady workflow are, in most cases, the ones who set the most notable example. A recording artist known in the industry as Indigo Suave has done just that.  After emerging as one of Maryland’s top emerging acts on the music scene, he carved a lane for himself.   In addition to establishing a robust network in the US and internationally, he showcases his distinctive and innovative compositions through collaborative studio efforts that foster his hometown’s culture’s presence with mainstream appeal.

He’s young, spirited and a massive influence on those in his circle. Nowadays, it’s rare to come across artists who pack worthy content and have a game plan. But, on the other hand, talents like Indigo Suave have an intrinsic power to unite individuals by purposely coalescing themes of traditional hip-hop music and contemporary trends––niches that many find familiar in his music.

When it comes to thinking outside the box, Indigo Suave has been around long enough to still find methods to flourish as an artist amid unprecedented times. Desperate times have only compelled him to solidify and execute his vision of making a more effective platform for his circle of influence and local music commuinity. For instance, he is committed to serving the neighbouring minorities through pop-up creative events that simultaneously provide community and resources that aid his local music culture.

What’s unique about Indigo’s platform is that although it’s rare for new artists to give back to their locality, Indigo Suave’s intentionality and selflessness  have garnered adequate support from surrounding music supports who believe in his undertaking and career. Thus, he’s been able to pour back into the local music scene at a rate many musical artists never discover.

Indigo Suave has established himself as a force in the music industry and a role model in his community. His devotion to his craft, family and faith have been a staple in expanding his reach–and the fact that he never expects much in return is a virtue many realize. His influence will keep moving hearts, and his passion will keep burning.

Don’t miss out on anything Indigo Suave is putting out this year, and follow him below: