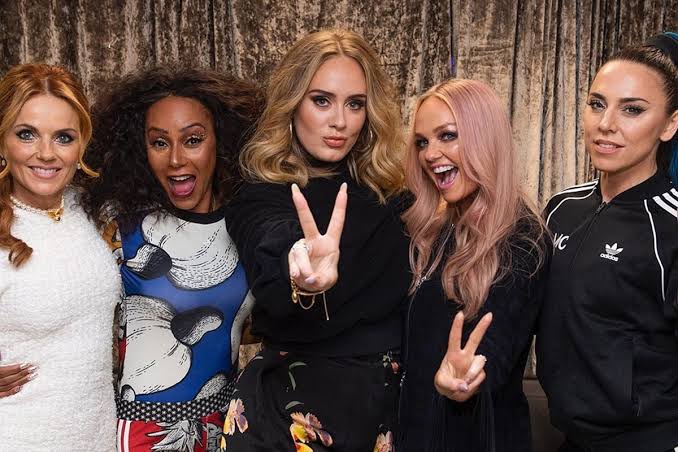 Apparently pop-legends the Spice Girls rejected a chance to perform alongside Adele on their big reunion tour because they felt they would be upstaged.

The group could have had Adele with them on stage for their final night of their tour at the London Wembley Stadium back in June but decided to go against it. It’s rumoured that they felt their voices would not be on par with Adele’s, and even though Adele is one of their biggest fans she was relegated to the audience that evening.

Spice Girls member Mel C said that she “heard a rumour” that Adele was in the crowd and eager to do a surprise collaboration on the song ‘2 Become 1’ but declined saying “, who wants to sing with Adele?”

The Spice Girls don’t have any other shows planned, but Mel C said she would “love to do more shows” and visit countries they hadn’t toured before such as Australia. She also expressed that she understood why Victoria Beckham, now a high-profile fashion designer, opted out of the brief 2012 reunion to perform at the London Olympics closing ceremony.

She said that she knew Victoria was “very nervous” at the prospect of performing as the Spice Girls again and that “her life has changed so much”.

Mel went on to say, “She’s at the top of her game in a very different industry and for her to come back to performing, she was petrified.

“I think if the nerves are that uncomfortable and it kind of outweighs the joy that you get from the performance, then I understand.”