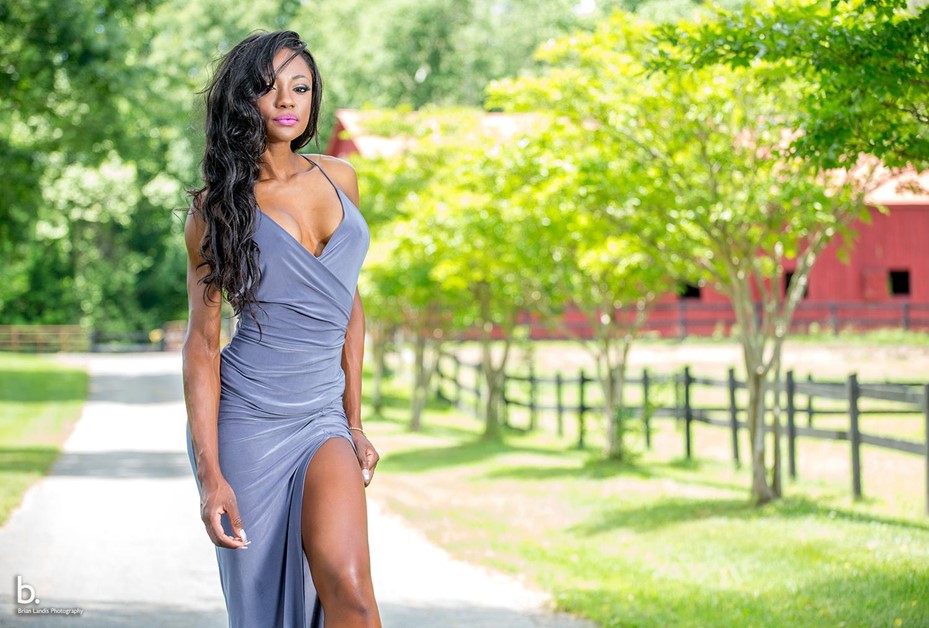 Over the years, women have shattered numerous glass ceilings. Some are following their passion, others are starting daring ventures. But some women want to do it all – and excel at all of them. Marie Blanchard is the perfect example of this notion. Athlete, model, businesswoman, and casual chef – Marie Blanchard is an ace at every draw.

Marie Blanchard was born in 1985 at Port-Au-Prince in Haiti. At the young age of 10, she lost her father, after which she moved to the United States to live and settle with her mother. Soon, Blanchard realized that her passion lay towards the fitness niche and she began working on her body. In almost no time, she earned a reputation for herself. Currently a member of the National Physique Committee (NPC), Blanchard is training hard to earn a Pro card and become an Olympian. She jokes that once she achieves this, she might finally eat a celebratory meal. Blanchard currently resides at a TriBeCa apartment in New York.

Despite a highly successful bodybuilding career, Marie Blanchard didn’t want to stop just at that. She has also tried her hand at modeling where she found quick success. Blanchard also has a passion to spread her fitness mantra to other people, which she does by being a fitness coach on social media. Her thousands of followers benefit from the valuable health and fitness advice she shares on her social media handles every day. While Blanchard has been training others for the last 3-4 years, she formally began taking clients in the last 2 years. For her, what matters is giving adequate time to each of her clients, instead of cramming maximum people together just for money.

Blanchard also has a passion for cooking, which she combined with her flair for fitness through her fitness cookbooks. Her first book, Dieting Deliciously, was launched in 2019 and included her own recipes to achieve a healthy lifestyle with some unique twists. Blanchard considers herself to be a rather good cook; indeed, she thinks she is better at cooking than at bodybuilding! Not many people know that Blanchard is actually trilingual; she speaks French, Haitian Creole, and English.

But perhaps what truly makes Marie Blanchard an inspiration for the modern woman is her second innings as a businesswoman. Blanchard has always had a taste for entrepreneurship. She launched Scrappyscloset in 2019, a fashion line exclusively for dogs. Her most recent venture is Designer Bags Exchange, an online platform that connects buyers and sellers across the globe for the sale of premium designer bags and similar leather products. Blanchard is working tirelessly to launch her business venture by April this year.

Entrepreneurship and bodybuilding – for most people, this would be enough career diversity to last a lifetime. But not for Blanchard, who is also pursuing a Master’s degree in Industrial-Organizational Psychology at St. John’s College in Brooklyn. She says that she was always interested in how people think and behave, and the degree helps her understand this. While Blanchard is already a businesswoman with quite a portfolio, the degree is helping her gain the knowledge and discipline necessary to run a business. It’s not an easy ride; there are a lot of sleepless nights involving assignments and research papers. But in the end, she finds it all worth it. Blanchard earlier graduated from Stroudsburg High School. She also attended the University of Houston where she got a degree in Petroleum Land Management.

But how exactly does she manage all of this? Well, Blanchard admits that it’s not easy. As a trainer, she has to dedicate some time to her clients every day. She also attends school full-time as she has to manage her 18 credits every semester. Then there is the training, her first love, which she has to do every morning and evening. Blanchard is also planning to launch another venture soon and tries to dedicate some time each day for the planning. She jokingly refers to herself as a “full-time nut”, for trying to do so much every day. But her success speaks for her efforts.

But beyond the superwoman that inspires and awes everyone, Blanchard really is just another regular girl. There are many facets of her personality that not many people know; she finally gets candid about some of them. For instance, she loves listening to the compositions of Hans Zimmer. “A Way of Life” from the film “The Last Samurai” is her particular favorite. Blanchard also loves the thrill of hitting the road. The gorgeous Kawasaki Ninja 400 is her favorite ride on two wheels. She also prefers stickshift (manual transmission) cars over automatic ones and absolutely loves sports cars. While she couldn’t know her father well, she has been told that her passion for cars is exactly like that of her father. Then there are some obvious benefits of being in amazing shape, particularly when it comes to shopping. Blanchard doesn’t like trying on clothes; almost every time, she just gets the perfect size fit. Perhaps that’s what happens when your body is sculpted like a Greek goddess. Lastly, Blanchard doesn’t fail to mention her lifeline: her 4 teacup Yorkies who make her day. Scrappy has been with her the longest (12 years), but Charlie, Winston, and Oliver are equally part of her family.

There are many things that Blanchard is. But what makes her an awe-inspiring figure is how effortlessly she excels at all of them. Here’s wishing Marie Blanchard best wishes for all her endeavors.