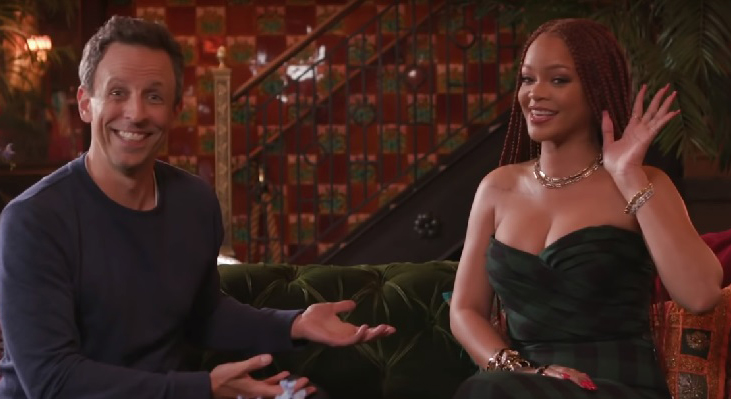 It looks like the legal battle between father and daughter might not make it to court after all. Rihanna had reached out to his father and informed him of the dates she is available to talk it out.

Rihanna and her team released legal documents stating that they can mediate on March 18th and 19th 2020. Her father has yet to respond to her request to meet at the moment.

The singer filed a lawsuit against her father, Ronald Fenty and his company Fenty Entertainment earlier this year. Rihanna said that he was exploiting the name ‘Fenty’ to advance his own business in the entertainment industry. This is because the singer does not want her own name to be connected to his own ventures.

She claimed that she had worked hard to develop the Fenty empire that includes her lingerie, make-up, and clothing line. In early 2019, Rihanna became the very first woman to develop her own original brand for LVMH. She is also the first black woman to spearhead a design house in LVMH, the biggest luxury conglomerate in the world.

LVMH is based in Paris and owns major luxury brands like Louis Vuitton and Christian Dior. It was revealed that the R&B singer will be designing her own line for the company that will debut later this year that became Fenty that she unveiled in her Amazon Prime special. Both her new line and her lingerie line generated an estimated $570 million in revenue last year.

Rihanna’s father allegedly profiting off of her name. On top of all of this, the singer said that he has been promoting her music behind her back and has been booking her for events without her consent, which meant he had been telling other people she would go to this event or that event without her knowledge. One such instance is that he said that she will be doing a Latin America tour and will be doing 15 shows back in 2017 and two concerts in Los Angeles.

Earlier this year, Rihanna released a statement when she filed her lawsuit against him saying that even if Mr. Fenty is her father, he does not have any capacity to act on her behalf. Rihanna also sent her father numerous cease desist requests, stating that he was legally inclined to stop his activities but allegedly ignored the orders.

The lawsuit has not been clear to the public on what the charges, in particular, are nor do we know what she wants for him, but it probably isn’t anything financial given that she’s a global icon that had already made insane bank throughout her career.