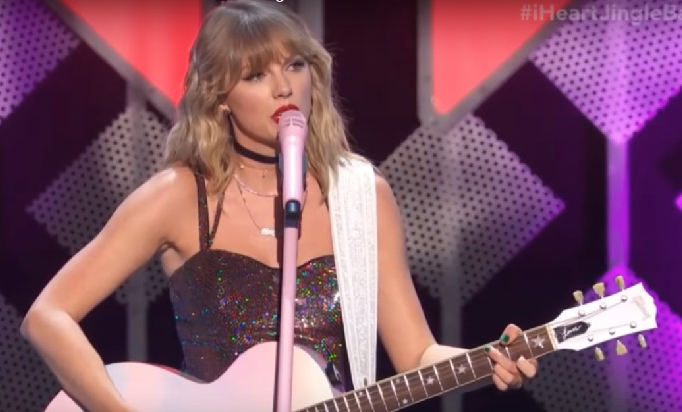 Twitter is probably the noisiest place on the internet especially when Reddit threads and YouTube comments relax. The other day, Twitter exploded when both the impeachment hearings and the Cats review ban was lifted.

Taylor Swift was officially given the title Most Influential Person on Twitter. We all knew this, the outspoken megastar has no shortage when it comes to giving a piece of her mind in public. I mean, that’s why Scooter Braun is in deep, hot water at the moment.

Brandwatch, a British company, conducted a list of the most influential people on the social networking site and has deduced that Swift’s voice influences billions. TO be specific, 330 million Twitter users that are active.

The list Brandwatch created jots down fifty of the most influential accounts on Twitter to effectively collate, rank, and determine their scores with Taylor being on the top of that list at 97 points out of a hundred.

The company used an algorithm that I can’t even understand nor will I try to explain, but Brandwatch released a statement together with their Twitter list. The company stated that their algorithm measured how influential a Twitter account is over a long period of time and based on the actual engagements it has with followers. It also includes follower, reply, and retweet count.

The company did not specify whether or not positive or negative engagement affects the overall score. This might be the reason why freshly impeached United States president and Florida man Donald Trump came in at second.

Trump is widely known for his insane and all-capped tweets that mostly don’t make sense. His tweets usually get media attention both on the national level and internationally as well which what other people in the list couldn’t have. The Prime Minister of India was listed third. Katy Perry came in fourth, just a point shy of Taylor, scoring 96 points.

After Perry, the list goes on from Elon Musk, Christiano Ronaldo all the way to Ariana Grande and Kim Kardashian-West. Lady Gaga is also on the list who everyone knows loves to interact on Twitter especially nowadays with the upcoming release of her new album which she has been teasing for a while.