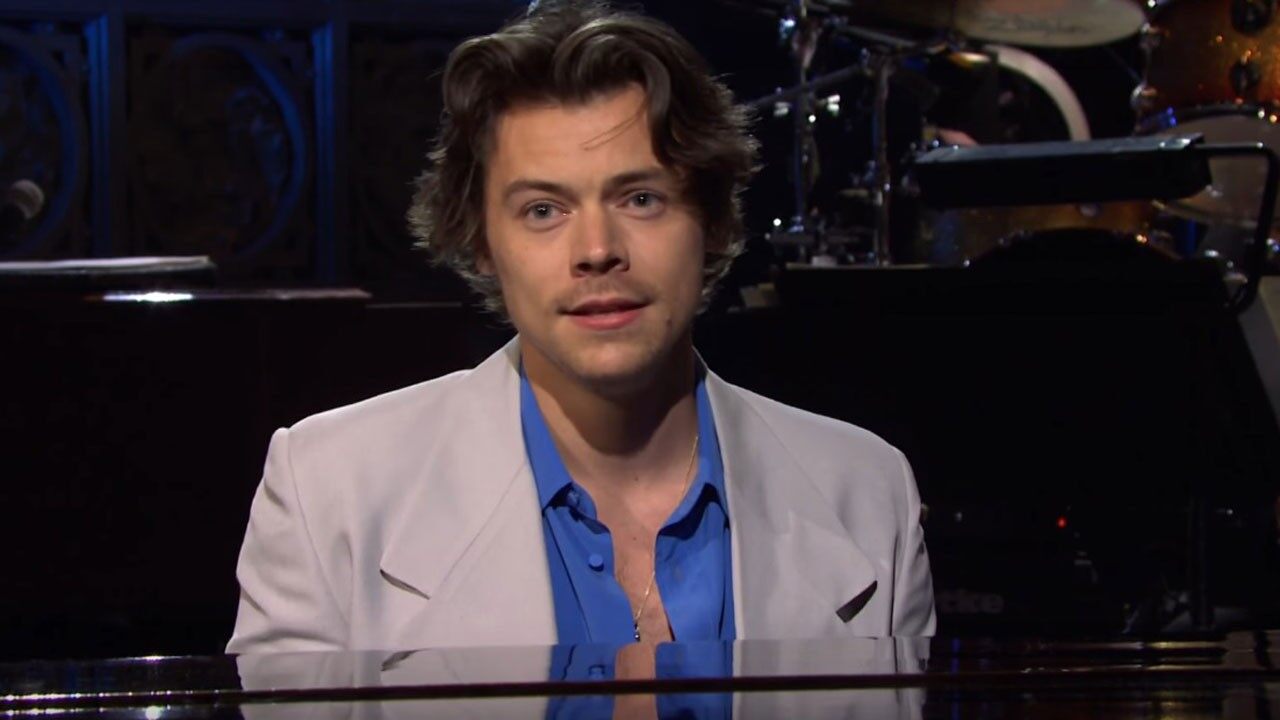 There is no shortage of suffering in the news today – bushfires taking lives, floods in Venice and continued fighting in Israel-Gaza.

But it’s worth noticing the little pockets of goodness to remind us that it’s not all doom and gloom. Harry Styles has figured out how to brighten our day with nothing more than a knitted vest printed with tiny woollen sheep.

Styles casually stepped out of a NYC venue donning the cheery knit, reminding us that his quirky fashion sense isn’t going anywhere. The piece is a $1,190 Lanvin design which bears resemblance to the red and white sheep sweater Princess Diana wore back in 1981. He paired the vest with navy pinstripe trousers and pink ankle boots.

Earlier in the year the 25-year-old musician challenged gender stereotypes by wearing a lace blouse, heels and painted nails to the MET Gala, much to the delight of fans.

Other fashion statements Styles has made include an Elton John-inspired costume, bell bottom trousers and ruffled tops.

Styles has recently made headlines after announcing he will be performing a 2020 world tour, titled “Love On Tour”. It’s set to hit the UK in April, and will feature acts such as King Princess, Koffee and Jenny Lewis. Styles’ also has an upcoming album, titled “Fine Line”, which will be released on December 13.

The singer will also be hosting this week’s episode of Saturday Night Live, on which we expect he will perform his new smash single “Lights Up”.

While it’s easy to dismiss fashion as superficial, it’s actually an excellent way to brighten up the mood of the wearer (and onlookers) and have a bit of fun – which is arguably much needed in our oft-stressful lives.

We hope that there’s more where this came from.