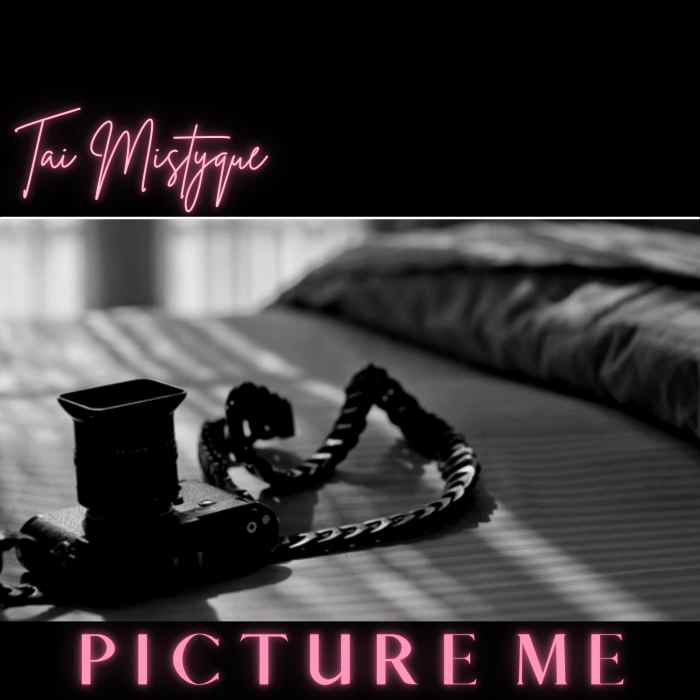 Musician and creator Tai Mistyque has always been an explorer in terms of musical prowess and boundary pushing. Consistently vying to evolve and become more in-tune to her own unique vibration and audible aesthetic, her attention to detail and wide range of musical capability comes to fruition with her latest release ‘Picture Me’.

Contents hide
The Artist
The Release
What’s Next

Tai Mistyque was born in Wisconsin and had been pursuing her musical ambitions since she was 13 years old. Starting off as a pianist, her attention quickly transitioned to the world of vocals and melodic creation.

Her eclectic catalogue is awash with an impressive exploration into the fundamentals of a variety of styles and sub-genres, with releases like ‘Toxic’ showcasing a lyrical storyteller, ‘Addy’ which was her foray into the EDM genreand ‘Last Summer’ which was the EP that propelled her solo career into what it is today.

While she has explored a variety of genres in her career thus far, she’s always maintained the underlying resonance of women empowerment and understanding when it comes to her lyrics and execution. With songs like Toxic detailing the female perspective in a fiery relationship. Her lyrics are resoundingly empowering and have garnered her support from women around the world.

The latest release, ‘Picture Me’ is a lyrically sultry exploration with various hints of R&B influences in the respective beats and breaks throughout the melodically hypnotizing track. The single also has a feature from fellow singer and producer Tae The Don.

This release is certainly a departure from her previous work which has seen a learning curve be established, this release certainly reflects the artist has come into her own as a musician – effectively crafting her own unique vibe and sound throughout the entire runtime. The musical notes dance with her scorching vocals to craft a unique atmosphere that has to be heard to be believed.

The release of this latest single is hopefully on the road to a new EP announcement, as her fans wait at the edge of their seats. For now, Tai Mistyque is consistently working on the next release, with her fans eagerly waiting in anticipation.

Listen to the album here.