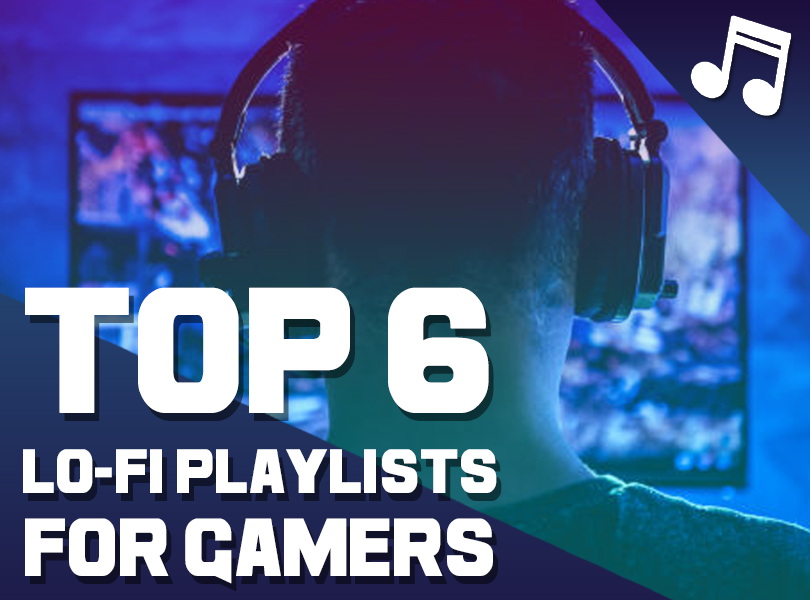 There is something undeniably appealing about the vibe of a good LoFi playlist. Whether you’re studying, working, or just looking for a reprieve from today’s high-strung world, you’re bound to find at least one playlist on YouTube that will satisfy your craving.

But why invest countless time hunting for those channels when you can simply browse a cheat sheet of options? That’s exactly why we made this LoFi channel list for gamers. Below you’ll find six video-game-themed Lofi channels on YouTube that you can add to your account’s saved list or bookmark to your browser (trust us, you’ll want to!).

Hotline Sehwani is a relatively new but rapidly growing LoFi channel on YouTube, Spotify, and SoundCloud. With nearly 17,000 subscribers, the channel focuses primarily on remixes of classic video game soundtracks from the Sonic the Hedgehog franchise. However, that’s not the only nostalgic video game title you’ll find within its extensive library. There are also playlists from other iconic video games, such as Legend of Zelda, Super Mario, and more. The channel promotes a feel-good twist for its viewers, stating that it donates 100% of its profits to Dreamscape Foundation, a non-profit dedicated to expanding accessibility for the disabled.

If you’re scouting for a channel that offers an overload of adorable, look no further. Hyper Potions screams kawaii with its peppy beats and adorable video graphics. The channel’s catchy playlists are inspired by games like Super Monkey Ball, Rocket League and Sonic. The EDM duo behind Hyper Potions (Ian Tsuchuira and Kevin Villeco) debuted on Monstercat back in 2014 with their single “Anime Bay.” Seven years later, their channel possesses more than 178,000 subscribers. You can find Hyper Potion’s music on both YouTube and Spotify, or get updates on their content via their Twitter account.

Gamechops is one of the larger channels on our list with more than 467,000 subscribers. The brand is actually a record label for video game music, which makes them an excellent source for variety if you like to mix things up. From classics like Kirby and Metroid to longstanding, ever-evolving titles like Pokemon, there are videos here to satisfy even the most picky of gamers. Gamechop’s music can be found on a variety of platforms, including YouTube

The name says it all with Nintendo and Chill. The channel couples addictive Nintendo-themed LoFi beats with animations that you may find yourself equally prone to getting lost in. To give you a taste, some of the fandoms you’ll find represented on this channel include Pikmin, Animal Crossing, Pokemon, Fire Emblem, and more. Nintendo and Chill has more than 71,600 followers. Its music can be found on YouTube, while updates can be found on their Twitter account.

Although LoFi Lia is considered one of the smaller channels on our list with just shy of 6,000 followers, it’s definitely worth a listen. The channel’s aesthetic, anime style is joined with a distinct jazzy Lofi vibe that’s perfect for getting in the zone or unwinding after a long day. Its library include a variety of playlists ranging from Legend of Zelda and Animal Crossing to Smash Brothers and Final Fantasy VII. You can find its tunes on both YouTube and Spotify. Followers can also connect with the channel owners via the Lofi Lia Twitter account.

Last on this list – but far from least – is Qumu. With more than 221,000 subscribers, the channel has proven its popularity among gamers looking for nostalgic LoFi tunes. It even has a few original songs mixed in by the channels over if you’re feeling adventurous. There is a thread of adventure and whimsy in Qumu’s playlists that make them both inspiring and relaxing. You can find this channel’s music on YouTube, Spotify, and Apple. Updates can also be found on their Twitter account.