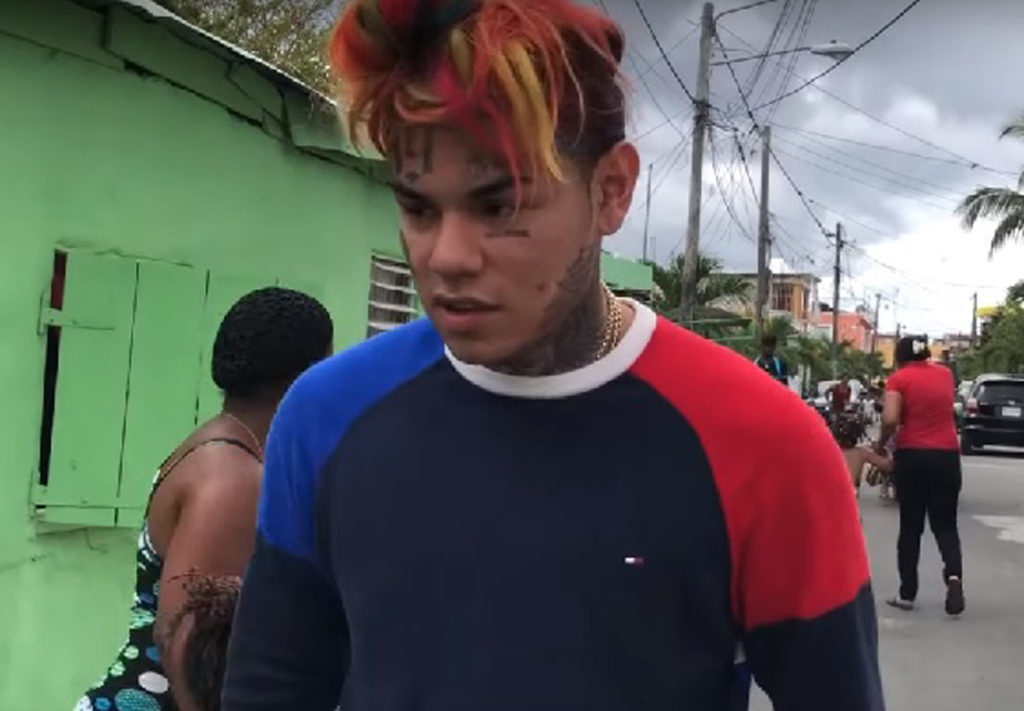 Tekashi 6ix9ine has been in jail for over a year now following his arrest when he was charged with federal RICO (Racketeer Influenced and Corrupt Organizations), armed robbery, and murder conspiracy. The rapper is facing a potential life sentence, with his sentencing just a little over a month away.

TMZ reported a couple of days ago that the twenty-three-year-old rapper has pleaded to the judge to give him less time. TMZ’s report stated that 6ix9ine is down on his knees pleading the judge for a lighter sentence and writing an apology letter to the judge. The rapper sent the personal letter with him signing with his real name, Daniel Hernandez that he was remorseful for his past misdeeds before his sentencing before Judge Paul Engelmayer.

In the letter, Hernandez says that as the date of his sentencing comes near, he has become overwhelmed with emotions but was grateful for the opportunity to express his regret to the judge. He added that he would still like to apologize despite his past misdemeanors and would like to be given a new lease in life.

The rapper then goes on to add that he now knows his life will never be the same but is very hopeful that this dark phase of his life will have a silver lining. He goes on to express that he still thinks that he is still a role model to millions of people as an artist and is glad that the masses were able to witness his current predicament because of his actions. It helps give light to what life with being associated with a gang is like or how it could turn out.

6ix9ine has cut his ties from his former gang as he recounted his own abduction and has adamantly stated that he has realized his wrongdoings. Hernandez goes on to say that he was remorseful for everything that has happened due to the fact that he was given a golden opportunity that a lot of people can only dream of but threw everything away by getting in with the wrong crowd.

The rapper ends his letter by apologizing for all the damage that he caused and that if given a new lease on life, he vows to not let the judicial system down and will allot a part of his life in altruistic endeavors so that people will not make the same mistakes that he made.