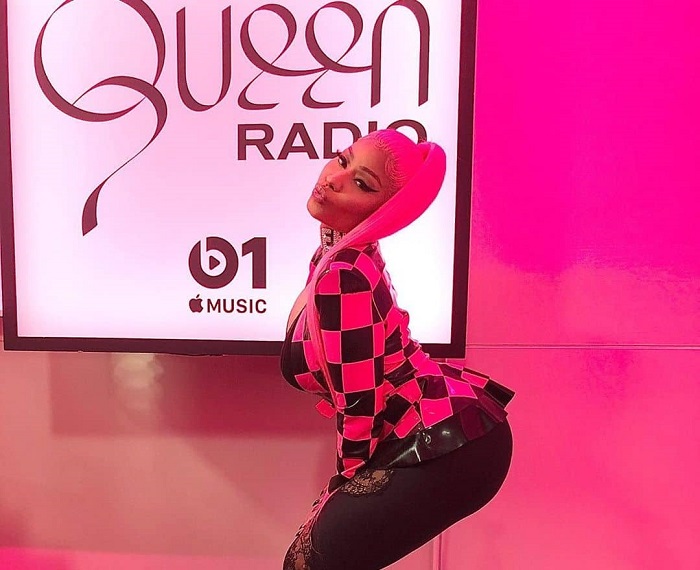 Last September, Nicki Minaj tweeted that she has decided to retire from the music industry to focus on making a family and thanked fans for all the love and support they gave her and well, passive-aggressively shaded her detractors.

Fans has been confused ever since Minaj tweeted her announcement and hastily deleted it afterward. She seemingly extinguished her retirement by dishing out Fendi. She has also backtracked and tweeted when an angry fan wrote to her and said that she was still here and still madly in love with her fans. The rapper-singer explained that her announcement should have been a discussion in her show Queen Radio. She also clarified that her retirement tweet was insensitive and apologized for it.

In a recent interview with Billboard, Minaj clarified a few things, stating that her love for music and her fans is the reason why she can’t really see herself away from the music industry completely. She also added that she wanted to be open to other opportunities in her life and believes that it is vital for her to be a woman outside of the eyes of the public and to develop as a discerning person.

Last October 21st, the rapper announced via Instagram that she had wed Kenneth Petty and showed adorable Mr. and Mrs. mugs along with Bride and Groom caps. The relationship between the two had gone on for several months before making their love life public on Instagram last year.

The tea that the fans discovered is about Petty’s past with him being a registered sex offender and has been incarcerated which the couple did not appreciate. Minaj defended her then-boyfriend on Instagram, commenting that Petty was a teenager when the incident happened and that he was 17 while the girl was 16 and was in a relationship.

Minaj further defended her squeeze on social media with videos and reactions from the backlash they were getting from people online. Petty’s past did not hinder Minaj’s love for him as the two were married a little over a year later.

The two had a discreet wedding ceremony. Minaj stated on her radio show that at the time she was working on her album and wanted to focus on her music so a grand wedding was off the books.

The rapper shared with Entertainment Tonight on an interview last year that she needed to get married before having children. Minaj added that she adored children and is not going to put off having one much longer.

Even though Minaj is very vocal and open in wanting to start a family, she knows that she has a lot going on with her radio show, her Fendi collaboration, and upcoming liquor business. In a recent interview with Billboard, Minaj said that she plans on becoming a huge businesswoman and does not want to be in a profitable industry and not capitalize on the opportunity present.