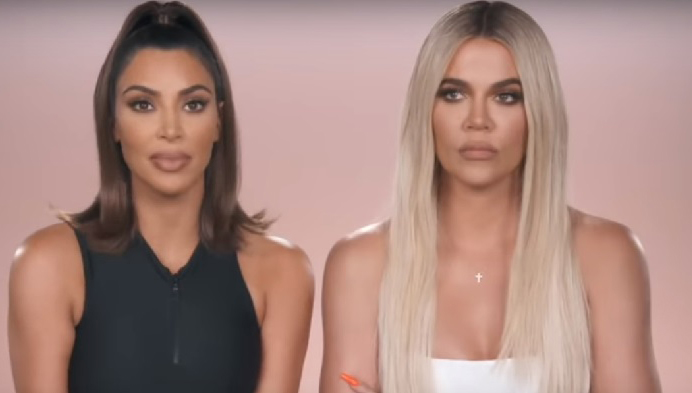 For months rumors regarding Kourtney Kardashian leaving their hit reality television show has been making its rounds for months and we might have gotten an answer.

Last Sunday’s episode of Keeping Up With The Kardashians, sisters Kim and Kourtney aired out that they thought their sister isn’t putting enough of her private life for their show. The two thought that because of this they are more encumbered to do and show more of their own lives because of the apparent deficit Kourtney has created.

Kourtney has clearly stated during the show that she had boundaries when it comes to her personal life and children and made herself clear that she needed some things to herself, not to share on their show.

During the filming of an episode, Kourtney came in with a hickey and didn’t want to talk about it or where it came from which made her sisters more angry. Kourtney then went on to say that her sisters prod too much when it came to her private life and that she tries to keep it that way. She also mentions that she dislikes sharing anything about her love life and pondered whether or not her sisters are bored with their own lives and want to live vicariously through her.

Things came to a boiling climax on last Sunday’s episode when Kim threatened to kick Kourtney out of the show during a FaceTime call. The sisters ended up calling her where Kim had a proposal to Kourtney that ‘starts wit an F and ends with a D’. Kourtney then said that Kim is crazy for thinking she had the authority to fire her from the show and shared that sometimes she wants to take a break because she didn’t want to film with her sister.

Kim and Khloe, on the other hand, tried to get their mother Kris into the mix with Khloe telling their mother that as their manager she should want the show to succeed and should seriously consider giving Kourtney an ultimatum. Kim followed this up by saying that there should be consequences for now showing up or having the gusto to do the show. Kim also made it perfectly clear that she didn’t like her sister having too many boundaries.

At this point, Kourtney’s future on the show is now hanging in the balance. She told her family that her well-being was more important than their reality show and that she is not giving in to their demands.