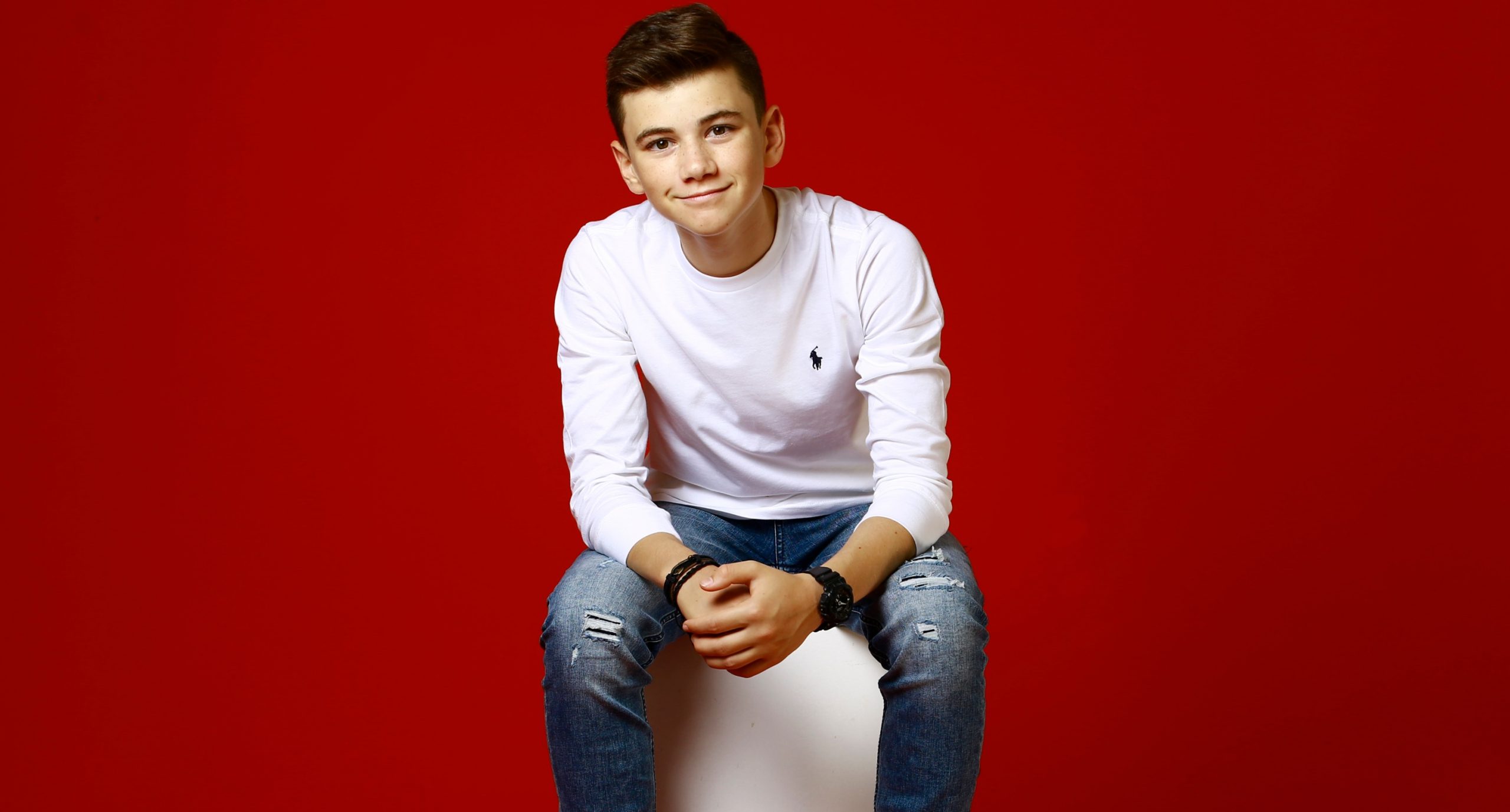 Can you tell us a bit about your new Christmas single ‘Holiday in L.A.’?

When I first launched my music career in July, with my debut single My Crew, I always knew I wanted to release a Christmas / Holiday cover song to benefit children around the world. I didn’t just want to release another song, I wanted to do it with a purpose. As a young person working in the entertainment industry, I want to use my voice and platform to give back to children less fortunate around the world, so raising money through my music is just one of the ways I hope to make a difference to children in need, and not just for the Holidays.

What was the inspiration behind choosing the song?

In 5th grade, we sang a multitude of songs for our Holiday Show performance and one was Holiday in L.A. by Band of Merrymakers. I’d never heard it before and loved it. It had so many children singing on the original version that I couldn’t imagine singing anything else to benefit UNICEF, the world’s largest children’s humanitarian organization.

Listen to Holiday in L.A.:

How have you managed to record your music during the current pandemic?

We were supposed to record the first three songs in March, but with the lockdown we pushed that to May. We always record with just the studio engineer, vocal producer, and my mom. We don’t allow visitors. For ‘Holiday in LA’ though we needed the backing vocals of other children, so I corralled my two best friends, Daniel and Kassidy, who sang the song in 5th grade with me, and my mom’s assistant Alyssa, who happened to also be my babysitter back in the day. We huddled in the vocal booth to sing on the chorus and backing vocals. The main female voices you hear on the record are of my mom and Alyssa. We didn’t hire outside of our immediate circle, so as to keep everyone safe.

How are you coping with school, acting and your music?

It’s a juggle! I am really lucky to be in a rigorous school but with that comes a lot of homework. Fortunately, we are online, so I am able to practice voice or do a self-tape audition in between periods and I always record my music after school. I am also studying for the High School Placement Test, and that is super tough. I am looking forward to taking a moment to breath after January 16th

We understand you are an actor and only recently turned to music. Tell us about that transition.

Yes, I started acting professionally when I was 6, and joined SAG-AFTRA a year later when I booked a national Toyota Prius commercial, but music is very much engrained in my family. My great grandmother, grandmother and my mother were/are great powerhouse singers, so I think genetically I was supposed to continue that line. When we went into the COVID lockdown all filming productions went on hiatus, so I turned to recording music. We started working with a record producer and his songwriter, as well as my mom who writes on all of my music.

Since releasing your debut pop records ‘My Crew’ in July, ‘Your Smile’ in August and ‘Up To You’ in September you have had some fantastic results on the streaming services. Congratulations!

Oh yes, I am thrilled with the response to my music so far. I am so grateful to everyone who has listened to the songs and continue to do so. I am truly hoping they reach over 1 million streams by the end of the year. Fingers and toes crossed!

What’s up next for you?

My first three songs I recorded at age twelve so were very bubblegum pop, but now that I am thirteen, we have written three more songs that are still pop but just a little edgier. I have already recorded them, but they won’t be released until next year. I am super excited to tell you about that next time! 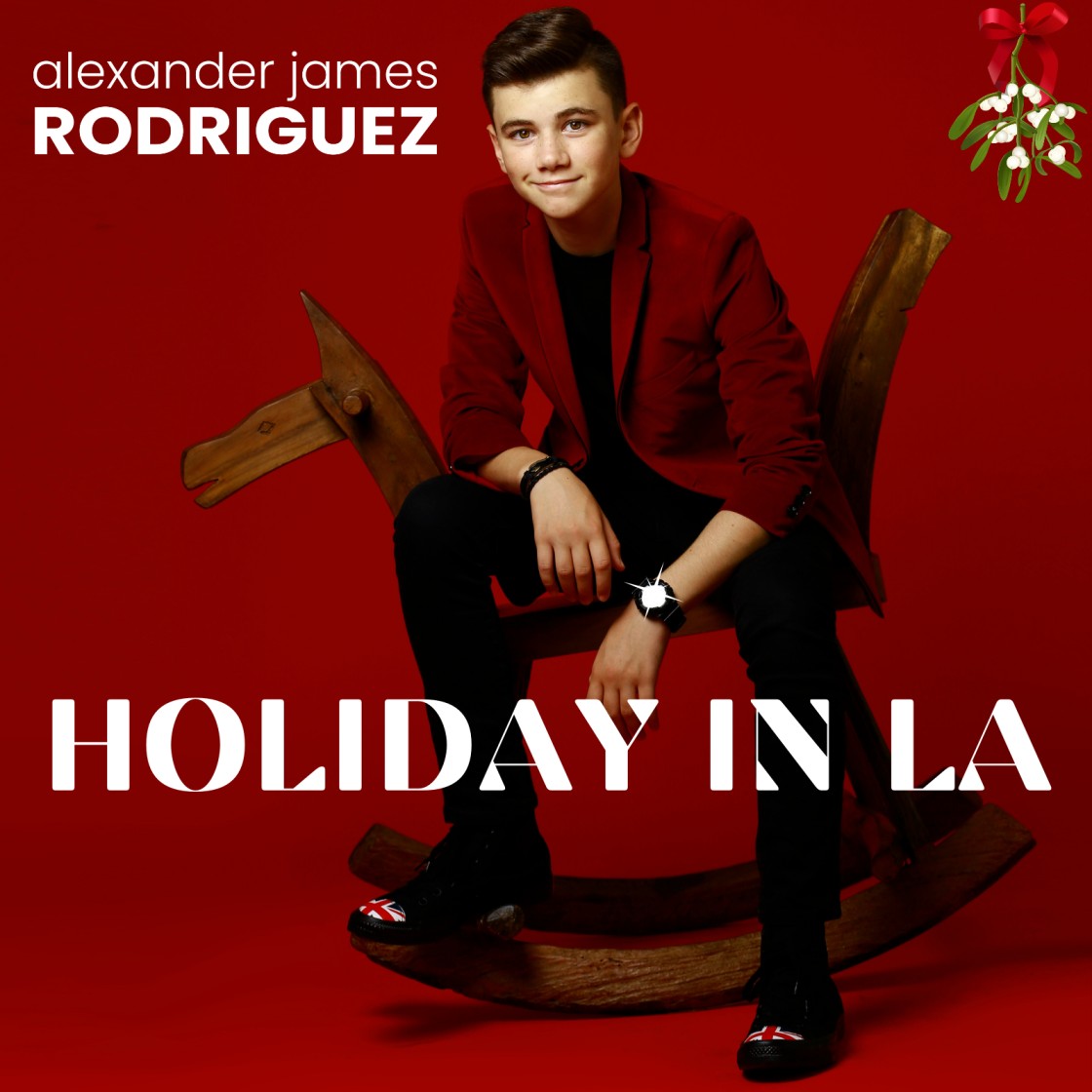 Listen to Holiday in L.A. via Spotify: