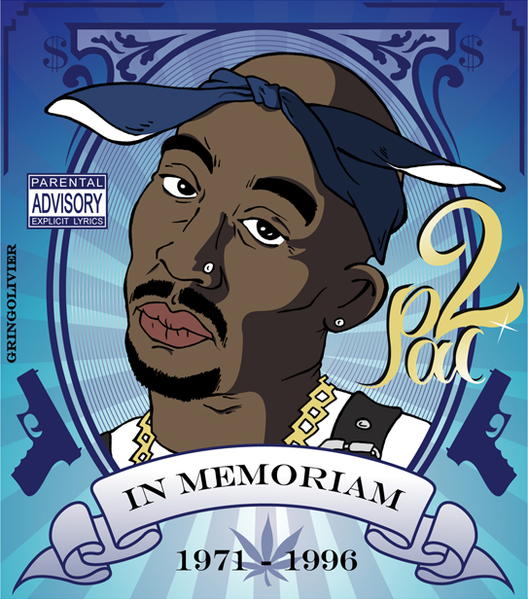 Tupac Amaru Shakur (birth name Lesane Parish Crooks) was known professionally by his stage name 2Pac. He was famous for being an American rapper and actor and is often credited as being one of the most influential and significant rap artists in history. He is known for his music which dealt with social issues and for his activism and outspokenness on issues to do with race and inequality.

2Pac is also remembered for his tragic death. He died in 1996 after he was shot to death during a drive-by shooting whilst he was out to celebrate the birthday of his business partner. An unknown perpetrator shot him four times in Las Vegas. The rapper passed away six days later and the shooter was never identified. The shooting has become the focus of a number of conspiracy theories and a number of high profile people were considered suspects including The Notorious B.I.G who was also shot dead during a drive-by a few months later.

2Pac is one of the top-selling rappers of all time and has sold more than 75 million records globally. He was inducted into both the Hip Hop Hall of Fame and Rock and Roll Hall of Fame. In addition to his musical success he was also successful as an actor.

Tupac Shakur was born on the 16th June 1971 in East Harlem, New York City. He is the son of Afenj Shakur and Billy Garland who were both members of the Black Panthers Party. His mother was aquitted of 150 charges of conspiracy against the government a month prior to his birth. His was renamed Tupac Amaru II at the age of one, the name was derived from the Quechua word meaning royal and from a Peruvian revolutionary who was executed during Spanish rule.

2Pac grew up surrounded by people in the Black Liberation Army many of whom were imprisoned during his childhood. His godfather was convicted of murder, although the conviction was later overturned. His step-father was on the most wanted lsit for four years before he was caught and sentenced to prison. 2Pac had a step-brother, Mopreme Shakur and a half-sister, Sekyiwa.

His family relocated to Baltimore, Maryland when he was in high school. He attended a year at Paul Laurence Dunbar High School before he enrolled at Baltimore School for the Arts where he was introduced to Shakespeare. He began rapping at school and became well-known and popular for his talent. During this time he also developed a friendship with Jada Pinkett.

His family again relocated in 1988, this time to Marin City, California where he attended Tamalpais High School.

2Pac’s career began in 1989, when he started to record rap songs. Initially he used the stage name MC. His career did not start to gain traction however until the 1990s when he debuted the song ‘Same Song’ and appeared in the film ‘Nothing But Trouble’. He went on to collaborate with Digital Underground on the album ‘Sons of the P’ and created the track ‘I Get Around’ which made the number eleven ranking on the Billboard charts in the United States.

His first debut solo album was released in 1991, titled ‘2Pacalypse Now’. The album did not have any hit singles at the time but was critically acclaimed and is mentioned by many rappers as an influential album. The album courted a lot of controversy because it was raised at having influenced a police shooting due to the themes and issues of police brutality being discussed in the lyrics.

His second album ‘Strictly 4 My N.I.G.G.A.Z’ was released the following year and performed better on the charts, debuting at number 24 and eventually reaching platinum certification. The album featured the singles ‘Keep Ya Head Up’ and ‘I Get Around’. 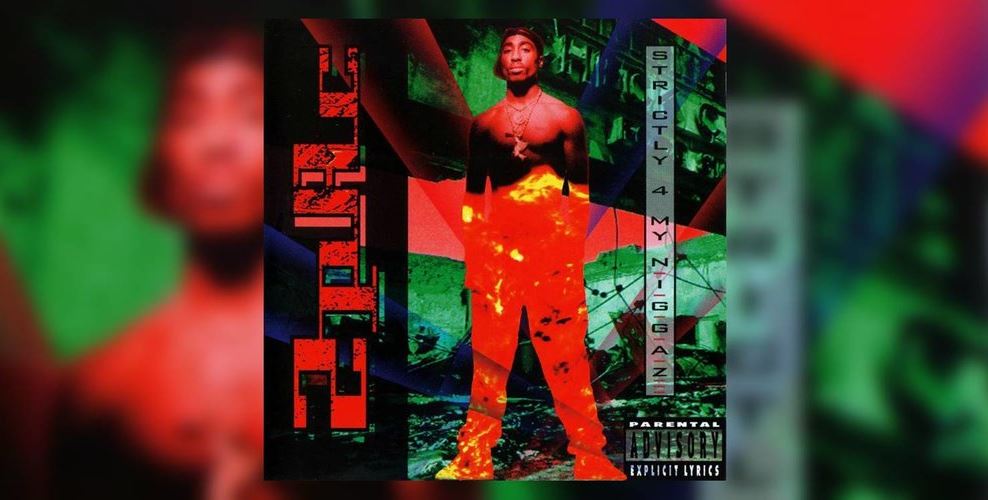 2Pac went on to join the group ‘Thug Life’ in 1993 with his peers Big Syke, Macadoshis and Mopreme Shakur. They released and album called ‘Thug Life: Volume 1’ in 1994 which made it to Gold certification. His third solo album, ‘Me Against the World’ was released in 1995 and is often regarded as the height of his career. The album was both critically and commercially successful and is his fourth highest selling album. The album won the best rap album award during the Soul Train Music Awards in 1996. His single ‘Dear Mama’ was released in 1995 and was ceritifed platinum.

His fourth studio album titled ‘All Eyez on Me’ was released in 1996 and was certified platinum after only two months. The album features five successful singles including the number one hits, ‘How Do U Want It’ and ‘California Love’. The album sold 566,000 copies in the first week after its release and had sole more than 5 million after just a year. The album won 2Pac a number of awards incluing Rap Album of the Year as the American Music Awards.

His final album was titled ‘The Don Killuminati: The 7 Day Theory’ and it was set to be released under the new name, Makaveli. The album reached number one on the Billboard charts and was certified platinum in 1999. Five albums have been released post-humously, all of which reached platinum certification.

Tupac Shakur was married once to Keisha Morris-Shakur, whom he married in 1995. The marriage ended in March 1996. After their relationship ended 2Pac said that he has gotten married for the wrong reasons.

He struggled with a number of legal issues during his life including a 1991 arrest a subsequent court battle against the Oakland Police Department whom he alleged brutally beat him for jaywalking. He received a small settlement from the case.

In 1992 he was also involved in an incident where a young boy was fatally shot in the head. The incident occurred after 2Pac drew a gun during a confrontation. He claimed he dropped the gun but police arrested his step brother for firing the shot before releasing him. A wrongful death suit was later pursued by the boy’s mother but the charges were dropped after 2Pac paid a settlement to the boy’s parents.

He was also charged with assault after he chased rapper Chauncey Wynn with a baseball bat, he plead guilty to the reduced charge of misdemeanour. He was later accused of shooting two police offers after they got into an argument with 2Pac for almost hitting them with his car, all the charges were dropped against the rapper.

He later plead guilty to assaulting Allen Hughes and went to jail for 15 days. In 1993 he was charged with sexual assault and was convicted, the case was being appealed at the time of his death. He was robbed and shot five times in 1994 whilst the verdict of his sexual abuse trial was being announced.

Tupac Shakur began serving time for his prison sentence in 199 and was married during his incarceration. His album was released whilst he was serving time and made his the first musical artist to have a number one hit whilst serving time.