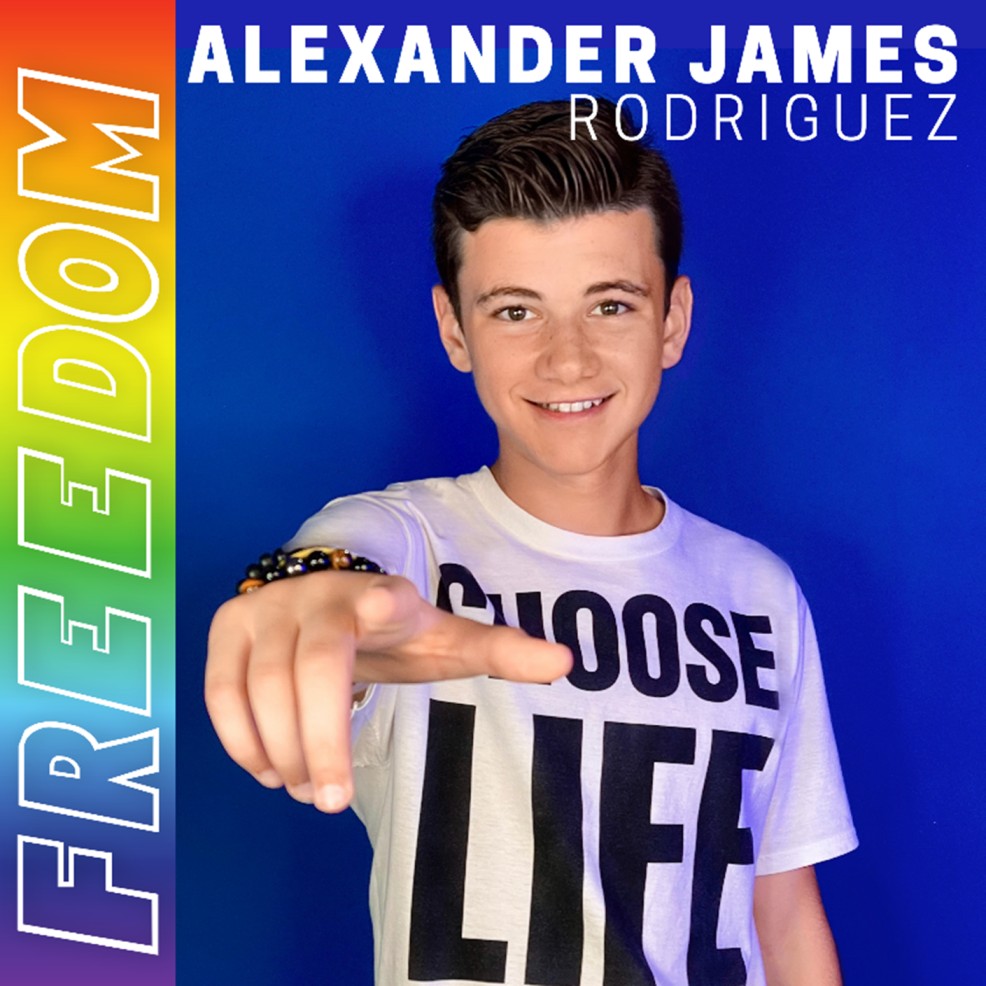 Our favorite British teen has released yet another chart-topping bop. Alexander James Rodriguez has released his first pop cover song, ‘Freedom’. Originally written and recorded in England by WHAM! in 1983, Alexander recorded this single as a fun summer interlude to his next original song.

Releasing on all platforms August 20, 2021, Alexander crafted the cover song to suit his own taste with various live instruments including keyboards, guitars, brass, and percussion.

“My cover song of Freedom by WHAM! was so much fun to record. I have been so excited for its release; Everything about this song has been thought out. From its timing out in the world, as we all need to feel included and free, to the opening brass sequence and the cover art wearing the famed ‘Choose Life’ T-shirt and color spectrum. Recording the vocals took one hour, but the mix took hours of careful attention. I hope I did Wham! proud.”

Having been referenced in the press as the next George Michael, Alexander’s ‘Freedom’

pays respect to the late George Michael whilst representing his British roots and true love for 80’s Brit Pop. The music video for ‘Freedom’ was filmed partly at the Los Angeles County Museum of Art and Selfie Wrld Los Angeles with footage included from Alexander’s recent performances.

14-year-old Alexander James Rodriguez rose to fame at the top of 2021 when he received the ‘Rising Star Award’ at the Hollywood Music in Media Awards, for his debut single, ‘My Crew’. Predominantly known as an actor, the teen transitioned to music at age 12 during the height of the pandemic last year.

‘Freedom’ from Alexander James Rodriguez is out and available for download on iTunes and all digital streaming platforms including Apple Music, Spotify, Amazon Music, YouTube Music, TikTok, Pandora, DEEZER and more!