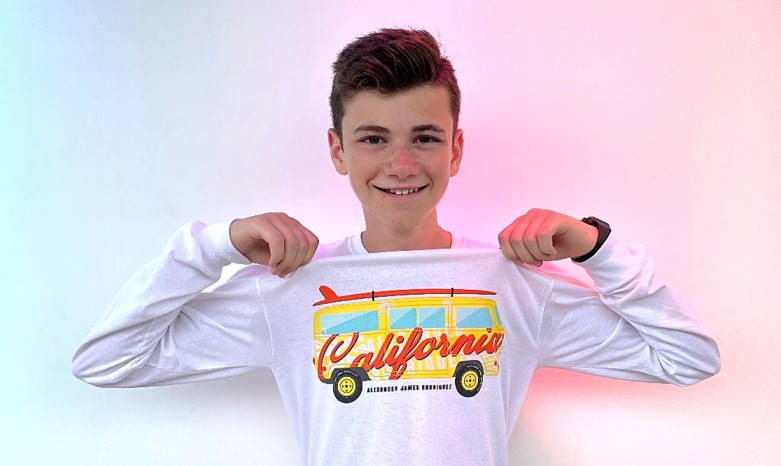 Summer is the hungriest time of the year for millions of kids, which is why actor and singer-songwriter, Alexander James Rodriguez, has launched his Limited-Edition ‘California’ clothing line to support No Kid Hungry, an organization committed to ending childhood hunger in the U.S.

The young teen, who celebrated his 14th

birthday last week, added the charitable component to his summer hit single ‘California’ which released in May.

“I want to do what I can for my community,” stated Rodriguez. “I had no idea I was walking amongst children my own age, and younger, at school who are going hungry every day, which is why it was important to me to try and help. I have created two fun limited-edition pieces of clothing, inspired by my song ‘California’ with profits going to No Kid Hungry.”

Alexander continues to step up for children. Last Holiday season he released his song, ‘Holiday in LA’ for UNICEF, and is now working for children in his community by creating a long sleeve summer T-shirt, with the yellow beach bus showcased in his music video for ‘California’, and a surfboard with pink flowers on a cropped hoodie, both in neutral colors. 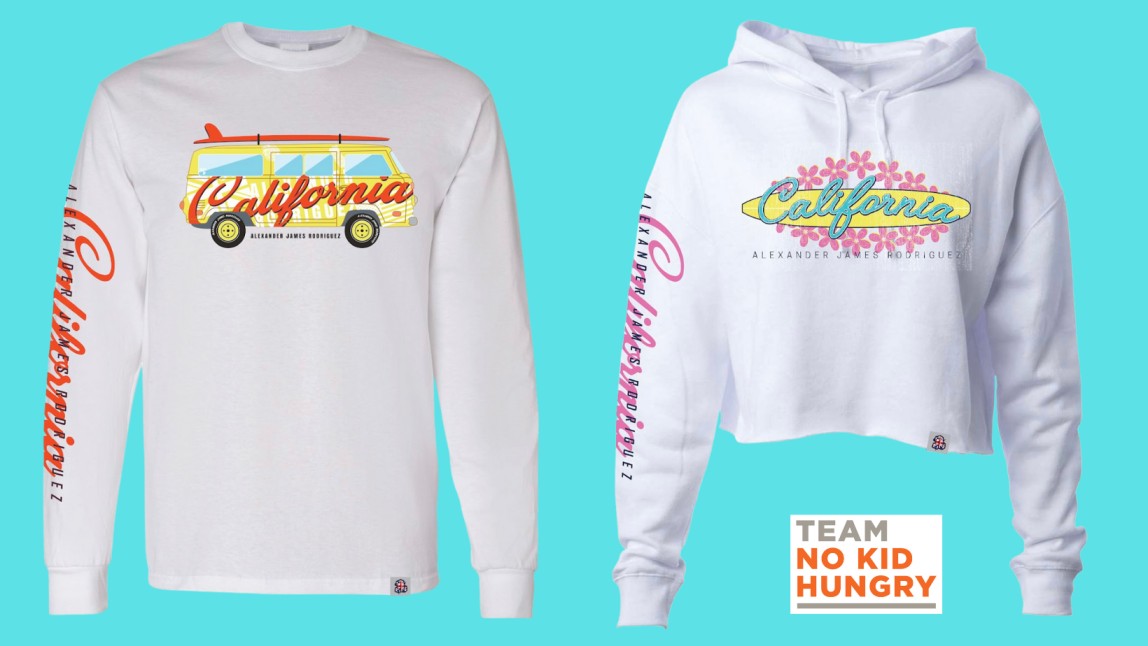 Aside from giving back to No Kid Hungry the teen is also offering a 10% discount off first orders with the code: BRITWORLD. Both items of clothing are exclusively available to buy on his website: www.iamajrodriguez.com/shop