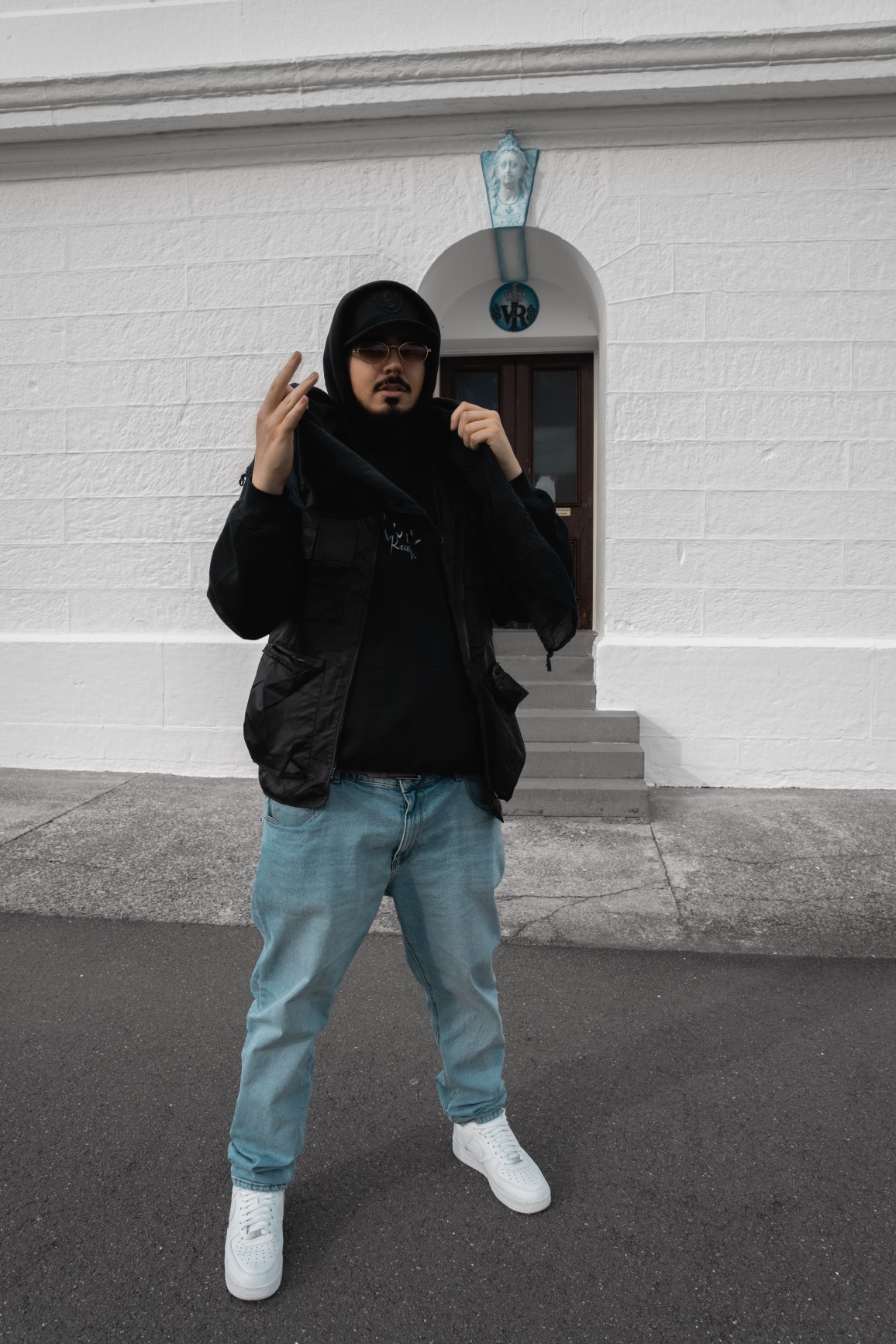 Aztec Flow is a music artist of many talents and is part of a growing crop of fresh Australian talent in the rap community. A self-professed producer, rapper and director, the burgeoning artist is making waves across the country and the rest of the world with news of his upcoming album that was announced alongside the release of his latest single ‘Focus’.

Aztec sat down with us and was quite candid in exploring his own shortcomings, what drives him musically, his feelings toward the continual censorship debate, as well as describing the gatekeeping that occurs for Aussie artists in the current climate.

Hey Aztec thanks for answering a few questions. Let’s begin with you telling us a little about who Aztec Flow is, how would you describe yourself?

I’m an upcoming producer, rapper, and filmmaker from Australia. I got a weird nerdish love for Yu-Gi-Oh, Regular Shows my favorite cartoon series and the best food around is Elotes. As Mexican in Australia, people really don’t know how much they’re missing out on Elotes! I know I should talk about what I do more, but that s**t is boring haha.

Australian rap is a genre all on its own and is influencing music around the globe, why do you think Australian rap has exploded in the way that it has?

I think it’s because despite Australia’s influences from the US and UK, we’re starting to develop our own identity in rap, something that can be ingested internationally. Overall, the music scene out here has a lot of potential with some crazy dope artists that are slept on like, GMC, Kiddo, Steez Malase, BBGB, Rara X, Nes Afara & Elkoomson.

As an artist of two cultures – how did you marry both Mexican and Australian influences into your style?

It’s definitely in my music but not too much, I try to let my humanity speak more. I feel like my music is more relatable if I appeal on a human level rather than making people feel like they can’t relate because of where I’m from or who I am.

Rap is traditionally a very personal and lyrical genre – I know it is cliché to ask, but is it usually the lyrics and rhymes that come through first or are you more of a ‘beats first and lyrics after’ style of artist?

I mean it could go either way. Since I produce my own music, I could start with my lyrics first then get a groove going and then create an instrumental from my vocal groove. Mostly I’m in the studio just making beats then working on the lyrics but I have done that occasionally where I start with lyrics or some kind of vocal.

But ima be honest and say half of the things I make in my studio are complete trash (laughs), I’m over here lucky I’m even releasing music cause sometimes man I make some awful songs, but that’s the creation process, and nobody’s every gonna hear those songs, those songs are locked deep away in a vault in Sweden haha. 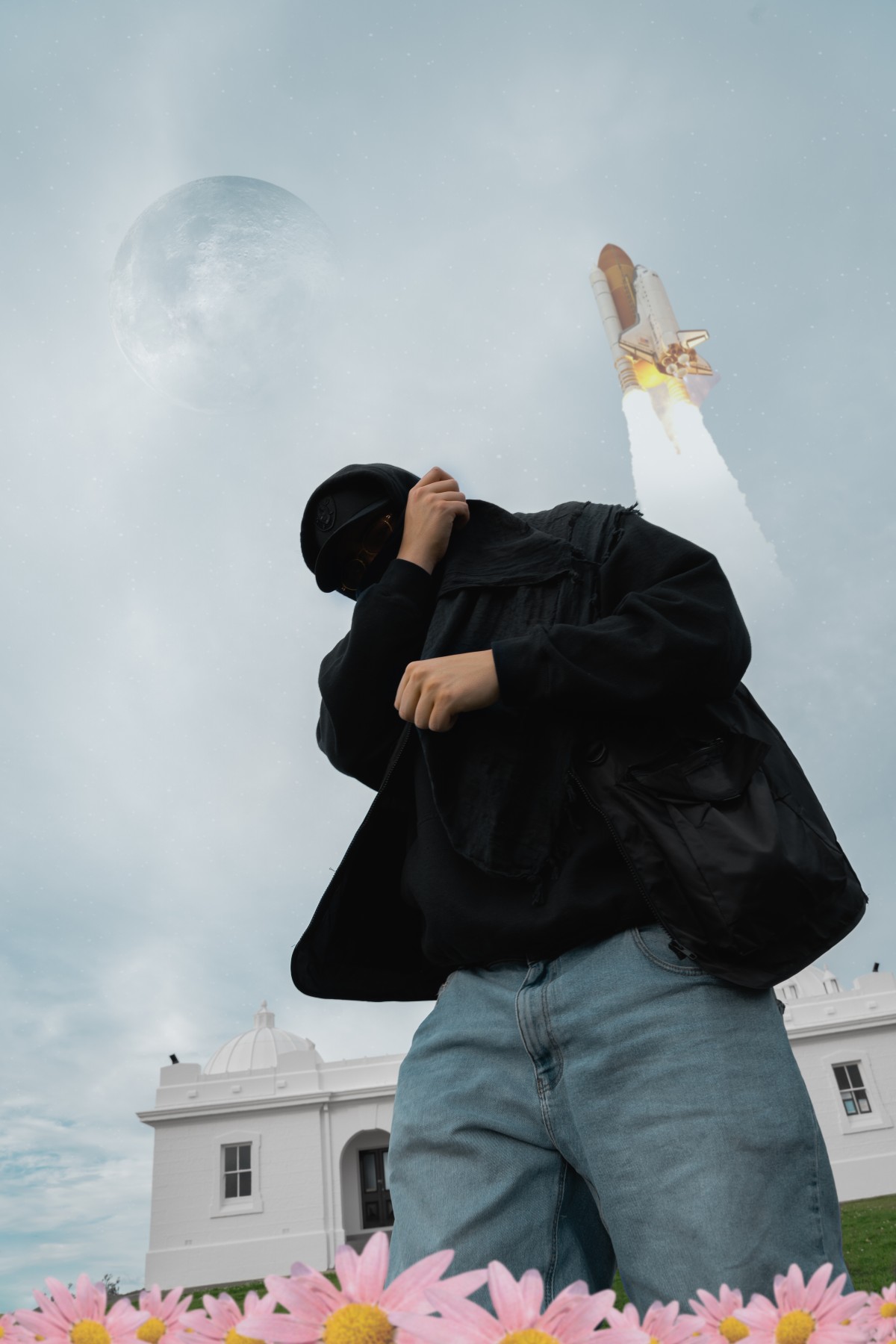 As an independent artist, what has been your greatest challenge in breaking through to audiences?

Probably the gatekeeping in the music industry, BBGB talked about this not long ago. They said how much gatekeeping is in the Australian music scene and the fact that it’s impossible to get support from the industry unless you’re getting Triple J or some other radio support. An artist’s success should be based on the public and how they receive the music, not how one random DJ thinks of your music.

Music is subjective and one person can’t speak for the other 10. I know artists out here who are crazy talented, and they’ll probably have to move to the US to get some success, Australia’s pushing all of our talent overseas and keeping all the same artists who’ve been in the top for decades in their same positions. It’s time for Australia’s music scene to grow and expand. It’s happening now and the demand for new artists is growing and we’re starting to see more control in the fans’ hands more than ever.

Look at OneFour. Australia hated them when they first came out and they still get a huge push back even though right now they’re one of the largest Australian groups out. But the industry and the media are bias and only want to show their version of Australia.

Tell us about your latest release, focus. What was the inspiration for this particular release?

So, focus is actually a conversation with myself, you know them ones when you’re going through something and you’re tryna gas yourself up or convince yourself everything’s going to be okay. Most people don’t seem to pick that up, so I wanted to slide that lil piece of knowledge in haha. It’s a song that’s basically meant for tough times and reminding yourself I guess of the end goal; you can’t stop during all the bad stuff, and you’ve got to keep pushing through.

With the world fixated on “problematic” language and content, how important is the rap genre in maintaining free reign over language?

It’s super important, what some might think is offensive to us, it’s just expressive. The hypocrisy is real when I hear old people talk about how offensive our music is but then go put on some rock band who’s screaming about their love for the devil. I love rock too but to say our music should be banned or censored when they’re favorite band is doing some wild s**t too is weird to me.

Music seems to have a cycle and those people screaming about rap now we’re the same people defending rock to their peers and parents the same way we’re defending rap to them. It’s ironic really but rap is the dominating genre right now so those people can say mad cause we’re winning.

Do you have any particularly proud performance moments?

I have plenty of proud moments but they’re kinda corny and it’s the same stuff everyone else says so let me talk about my worst performance haha. I was performing at this real lowkey gig with some other artists and the DJ really didn’t know what he was doing. We had cables all over the place and it was definitely a sketchy set. The dude had his laptop propped up on some potato chips and was using as a laptop stand. The guy messed up our instruments so many times while performing at some points we were doing acapella. Everybody was just watching confused and eventually I got fed up and just straight up walked off stage, dropped the mic, didn’t say anything just walked off. The other artists tried to keep performing but it just got worse and worse.

I forget the DJs name but damn that was the worst set I’ve ever had (laughs).

Collaboration is a huge staple in music, do you have any particular artists you’d love to collab with?

Finally, what’s next for Aztec Flow?

Well, I have another single dropping soon with another crazy music video filmed and directed by me. After the single I’ve got my long-awaited album drop titled “WDRL” which is abbreviated for Wake Death, Return Life”. The album is the detailing of my humanity, pain, and happiness as I float through the void which is life.

Thank you for your time! 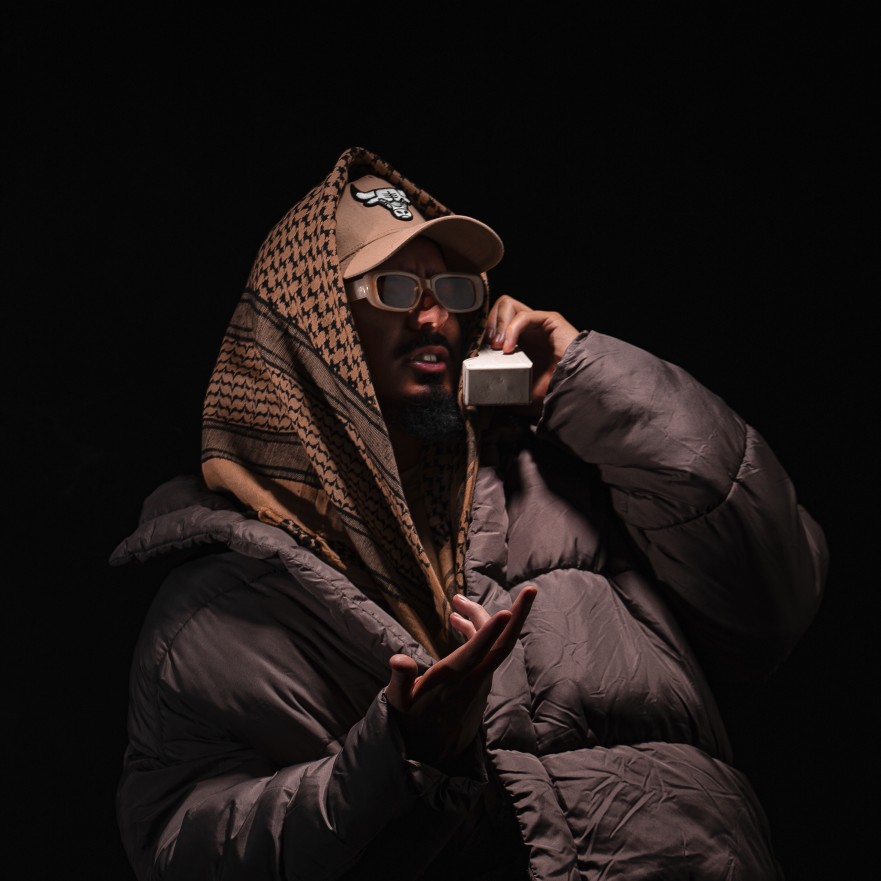