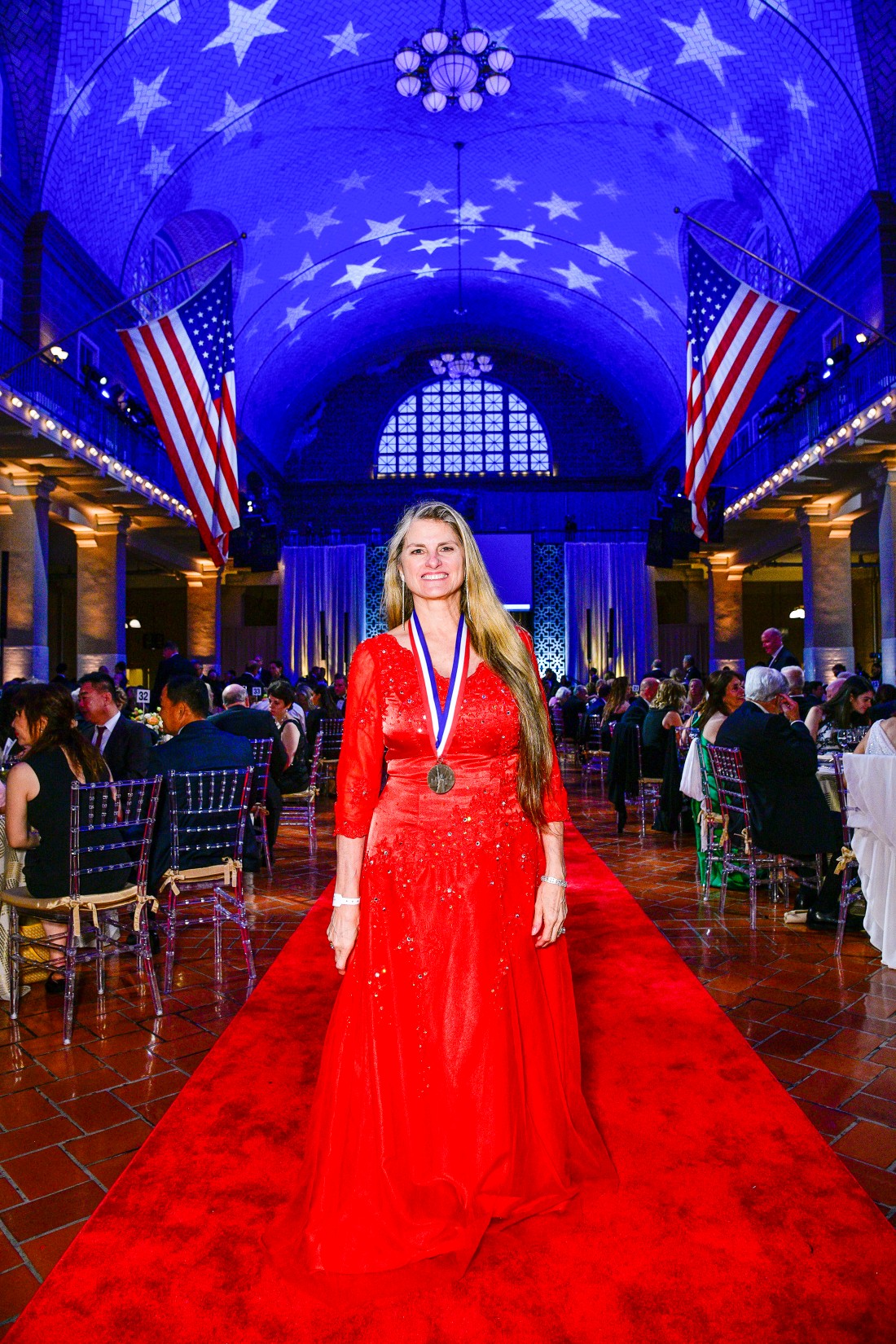 On the 14th of May 2022 the 35th Annual Ellis Island Medals of Honor ceremony took place. Hosted by the Ellis Island Honors Society (EIHS), many notable people were rewarded for their achievements. Bonnie Comley, founder of innovative streaming platform BroadwayHD was among those honored for their services to the American community and their efforts in their professional fields. The medalists received their awards in the historic Ellis Island Great Hall, the original registry room for over 12 million immigrants. The Hall features a stunning view of the Manhattan skyline and the Statue of Liberty, the perfect place to celebrate these notable American medalists.

BroadwayHD is the brain child of Bonnie Comley and she is considered a pioneer for her work. The platform is home to over 300 recordings of Broadway shows, West End shows, and much more. The breakthrough streaming service even earned a place in the Guinness World Records for the very first live stream of a Broadway show. As a theatre icon in her own right, Bonnie Comley had the dream of making the shows she and everyone loves more accessible to everyone no matter where in the world they are. BroadwayHD means that people are not limited by their location, physical ability, or economic position when it comes to enjoying the magic of theatre.

In addition to her work with BroadwayHD, Bonnie Comley is known for her work as a theatre producer. She has won three Tony Awards throughout her career as well as an Olivier Award and two Drama Desk Awards. She was recently elected President of the Board of The Drama League and also serves on The Broadway Leauge Audience Engagement Committee. Her dedication to theatre has made her a prominent figure in this community.

The masters of ceremony Marvin Scott and Jill Nicolini of WPIX introduced the 2022 ceremony, quickly followed by opening remarks from chairman Nasser Kazeminy. He stated, “this year’s distinguished medalists come from a range of industries and backgrounds. We honor them, not for where they came from, but for what they bring to our great nation. Each of them represents a thread from which the fabric of this great nation is woven. A fabric rich in color and diversity and incapable of being torn apart.” This represents exactly what the Ellis Island Honors Society is all about and what Bonnie Comley is being recognized for. After the black-tie event concluded, guests returned to Manhattan to watch fireworks in their honor.

The Ellis Island Honors Society has been operating for over 35 years with a mission of fostering tolerance and respect between diverse groups of people. They do this by honoring Americans from a range of different backgrounds each year and acknowledging each of their unique and valuable contributions to the community. The humanitarian organization also has educational initiatives for immigrant students to thrive. The Medal was founded in 1986 and continues to be a prestigious honor. Past recipients include Presidents of the United States; Nobel Prize winner Elie Wiesel; Justice Sandra Day O’Connor; Secretaries of State Madeline Albright, Condoleezza Rice, and Hillary Clinton; Generals Norman Schwarzkopf and Colin Powell; Albert II, Prince of Monaco; Muhammad Ali; Frank Sinatra; Bob Hope; Rosa Parks; Mike Wallace, and Oscar-winning actress Rita Moreno.

As one of the United States’ most prestigious awards, winners are recognized by the U.S. Senate and listed in the Congressional Record. You can find the list of recipients for 2022 here: http://medalists.eihonors.org/

What is the Ellis Island Honors Society?

Created with the aim to celebrate the diversity that makes the United States such a great nation, The Ellis Island Honors Society continues to honor those who enrich the community. Fostering understanding among those from different racial and cultural backgrounds, the EIHS created the Ellis Island Medal of Honor to further their mission. The medals were awarded to those of immigrant descent who worked to share the spirit of the country with those less fortunate. The ceremony celebrated their courage, compassion, generosity, and talent, all while emphasizing the beauty of diversity.

The preservation of the Ellis Island National Monument is also one of the key missions of the EIHS. This monument serves as a symbol of hope for future generations and is highly important to representing everything that EIHS stands for. In addition to this, the society also supports the education of immigrant students by raising funds, contributing to emergency relief, and developing humanitarian programs.