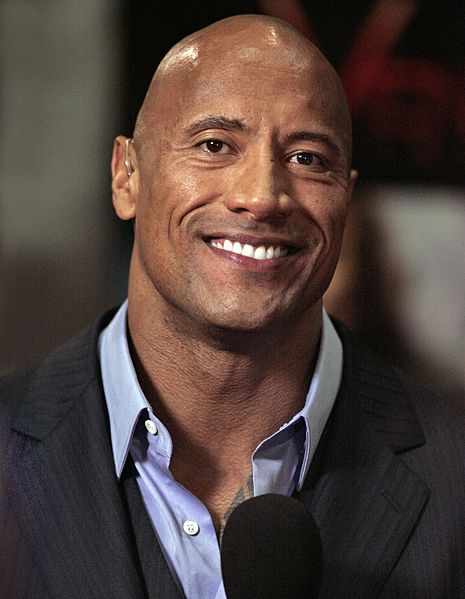 What is Dwayne Johnson’s full name?

Dwayne Johnson is regularly known by his professional wrestling ring name, The Rock but his full name is Dwayne Douglas Johnson. He shares the same middle name as his father, whose name was Wade Douglas until he changed it to Rocky Johnson.

What is Dwayne Johnson’s age?

Dwayne Johnson was born on May 2, 1972 in Hayward, California. He is 47 years of age, although he arguably looks much younger. The Rock is famous for his muscular physique and tall height and his film career is showing no signs of slowing down.

Who is Dwayne Johnson’s family?

Dwayne Johnson was born to parents Ata Johnson and Rocky Johnson, a former professional wrestler. He also has an older half-brother, Curtis Bowles and a half-sister Wanda Bowles. Both his mother and his father were enthusiastic about the wrestling world and it was Dwayne’s father who got him interested in wrestling.

Where did Dwayne Johnson go to school?

Dwayne lived for a short time in New Zealand with his mother’s family and went to Richmond Road Primary School in the country before he moved back to the US. He then went to school in Charlotte, North Carolina before he moved to Hamden, Connecticut where he went to Shepherd Glen Elementary school and Hamden Middle School. He attended high school in Honolulu, Hawaii, Nashville, Texas and Bethlehem, Pennsylvania. He joined the football, track and field and wrestling teams in high school.

Where does Dwayne Johnson live?

Dwayne Johnson currently resides in a luxurious $5 million dollar mansion in Miami, Florida. The massive home includes a huge barbecue area, a personal gym, a theatre, a huge bedrooms. The home features a lot of dark wood and luxury fabrics. He also owned a mansion in California until recently.  The California mansion was more than 13200 feet and was located in the Hollywood Hills.

What is Dwayne Johnson’s height and weight?

Dwayne Johnson is 6foot 3 inches tall or 1.96cm tall, well above the average for most American men. Dwayne Johnson weighs in at 118 kgs, which is unsurprising given the amount of muscle on his frame. Dwayne Johnson has a very muscular body. His build has increased since his wrestling days. He is famous for his impressive physique and he regularly dwarfs normally tall, muscular actors.

What nationality is Dwayne Johnson?

Dwayne John was born in the United States and his nationality is America. He has a multicultural ethnic heritage. His mother is Samoan, whilst his father’s ancestors are Black Nova Scotian. He also has some Irish ancestry and African ancestry. His wrestling talent was inherited from both sides of his family.

Dwayne Johnson has been outspoken about his religious views in the past. He has seemingly indicated in the past that he is Christian, although he doesn’t seem to follow any specific denomination. He has said that he has a special relationship with God but doesn’t like to elaborate.

What is Dwayne Johnson famous for?

Dwayne Johnson is a former professional wrestler, and since retiring has transitioned into an acting career. He has also been a producer on some movies. He first rose to fame due to his professional wrestling career. He became popular after signing with WWF because of his charismatic personality. He went on to become a major action movie hero, appearing in many successful films.

How did Dwayne Johnson’s career start?

Dwayne Johnson career started with professional wrestling, he first signed on with the WWF in 1996. He was following in the footsteps of his father who was also a pro-wrestler. He left in 2004 to pursue an acting career but has returned to wrestling part time in the years since. He retired from wrestling for good in 2019. His first acting role was in 2001, when he appeared in The Mummy Returns. He has starred in a number of other films since then.

What was Dwayne Johnson’s breakthrough role?

Dwayne Johnson was already fairly famous as a pro-wrestler before entering Hollywood and has gone on to become one of the most successful actors in the world since entering the mainstream. He began his career on That 70’s Show and an episode of Star Trek whilst he was still wrestling. He then went on to star in The Mummy Returns, The Scorpion King and The Rundown.

What has Dwayne Johnson done since his breakthrough role?

Dwayne Johnson was initially promoted as the first ever third-generation wrestler when he signed with WWF. He quickly became popular and he was featured heavily in the promotional materials for the sport, with his own memorabilia and more. He was one of the biggest draws to pro-wrestling and a fan favourite. Since breaking into Hollywood, The Rock has appeared in a number of commercially successful films, including 2008’s Get Smart, a role in the Fast & Furious franchise, Baywatch, San Andreas and Jumanji. He is expected to appear in a San Andreas sequel soon and a Jumanji sequel.

What is Dwayne Johnson’s net worth?

Dwayne Johnson is estimated to be worth $280 million, making him one of the highest paid actors in Hollywood. For his role in Jumanji: The Next Level, he will receive a $23.5 million dollar salary. He’ll also get up to 15% of the earnings of the money. Dwayne Johnson started his adult life with only $7 dollars so he has certainly come a long way since starting his career.

Who has Dwayne Johnson married?

Dwayne Johnson has been married twice; his first marriage was to Dany Garcia, who he married in 1997. The couple split in 2007 after ten years of marriage, the split was amicable. He recently married long-time girlfriend Lauren Hashian, who he started dating in 2007. She is a singer-songwriter whose father was a drummer for the rock band Boston in 1975.

Who has Dwayne Johnson dated?

Dwayne Johnson has not been linked to many other women, although there were rumours that he had had a fling with Russian model Irina Shayk in 2015. Considering he has been with his girlfriend for more than 11 years, it’s unlikely the rumours are true.

Does Dwayne Johnson have children?

Dwayne Johnson has one child with his first wife Dany Garcia, a daughter Simone Alexandra who was born in 2001. He has two other children with Lauren Hashian, a daughter Jasmine who was born in 2015 and Tiana Gia who was born in 2018. He is well known for being a family man and loves spending time with his daughters and new wife. His daughters stole the show at his wedding to Lauren Hashian, they are adorable and look a lot like Dwayne Johnson. Dwayne is also very inclusive of 16 year old daughter Simone Alexandra and Hashian is said to be great in her role as step-mother. The family regularly shares updates and posts on their children and family time spent together.