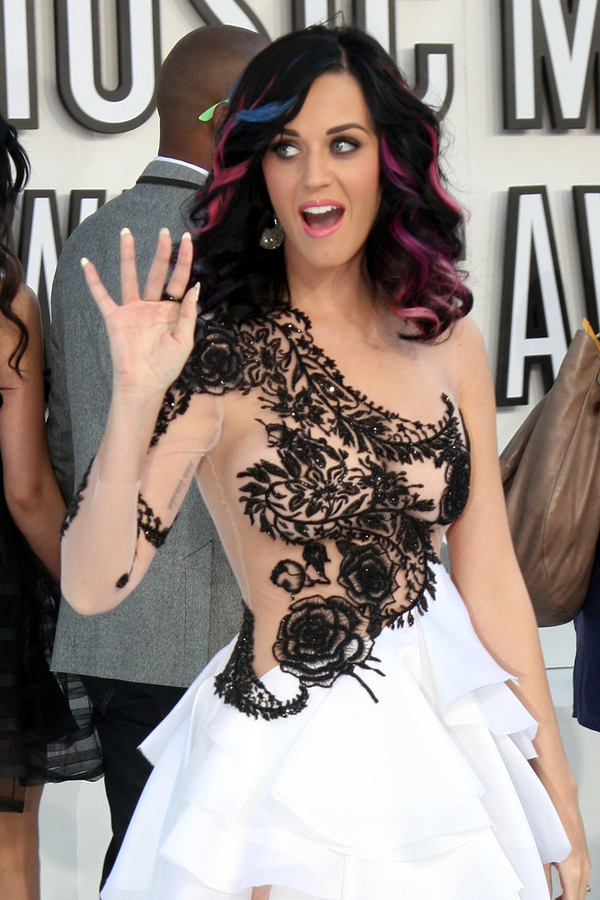 Katy Perry (real name Katheryn Elizabeth Hudson) is famous for being an American singer, songwriter and reality TV show judge. She initially launched her career with a debut album under her real name before she began working on pop music.

She has received many awards during her career and is one of the top-selling music artists in history. She has sold more than 18 million albums across the globe and has been listed as one of the highest earning women in music between the years of 2011 and 2018.

Katy Perry was born in Santa Barbara, California on the 25th October 1984, she is currently 35 years old. The singer is the daughter of pastors Mary Christine and Maurice Keith Hudson. Both of her parents a highly devout born again Christians. She also has a younger brother David, who is also a singer and a sister named Angela. Katy Perry and her family moved regularly when she was between the ages of three and eleven, before they eventually settled in Santa Barbara.

The singer attended religious school during her school years. Her family sometimes struggled financially and where forced to rely on food stamps. Growing up, the singer was primarily exposed to Gospel music but began to discover popular music through CDs that she borrowed from friends. As an adult Katy Perry is not religious but does still pray regularly. From the age of nine she began to take vocal lessons and got her first guitar at the age of thirteen.

Katy Perry completed the GED at the age of 15 and left her high school to pursue a musical career. She studied Italian Opera in Santa Barbara where she captured the attention of rock musicians Steve Thomas and Jennifer Knapp from Nashville whom helped her to improve her writing school. In Nashville, Perry began to record demo and learnt songwriting and guitar skills. She was signed to the label Red Hill Records and recorded a gospel album titled Katy Hudson in 2001.

The albums sold only 200 copies before the label went bust. She then moved to Los Angeles at the age of 17 to pursue a career in secular music. She initially used the name Katheryn Perry before she adopted her stage name. She was signed to a label in 2004 and began to work on an album but it was shelves and she was dropped. She was then signed to Columbia Records and began to record a record but was dropped from that label before she could complete her album.

She achieved minor success before her breakthrough with a song appearing on the film ‘The Sisterhood of the Traveling Pants’ and backing vocals in a Mick Jagger song. She also appeared in the music video for the Gym Class Heros ‘Cu[id’s Chokehold’.

After she was dropped by Columbia she was signed to Capitol Records in 2007 and she was assigned to work with Dr. Luke with whom she co-wrote the songs ‘I Kissed a Girl’ and ‘Hot N’ Cold’. She was introduced to the music world with her single ‘Ur So Gay’.

Katy Perry served as a guest judge on American Idol before releasing the 2010 single ‘California Gurls’ which featured Snoop Dog. She released her third studio album, ‘Teenage Dream’ the same year and won the 2011 Juno Award for International Album of the Year. The second, third, fourth, fifth, sixth and seventh singles on the album ‘Teenage Dream’,‘Firework’, ‘ET’, ‘Last Friday Night (T.G.I.F)’,’The One That Got Away’ and ‘Part of Me’  all reached number one on the Billboard Hot 100

, making her the first to have seven consecutive singles reach number one on the charts.

Katy Perry then embarked on the California Dreams Tour which grossed more than $59.5 million globally. Katy Perry began making a number of TV appearance including an appearance on Sesame Street and Saturday Night Live. She also appeared on How I Met Your Mother. She lent her voice to the animated film ‘The Smurfs’ and guest starred on Raising Hope. In 2012 a documentary was released in theatres, called ‘Katy Perry: Part of Me’. Katy Perry has also dabbled in the business world with perfumes called Purr and Meow! She also partnered up with The Sims to release ‘The Sims 3: Katy Perry’s Sweet Treats.

In 2012 the singer began work on her next album which was titled ‘Prism’. The single ‘Roar’ was released in 2013 and reached number one. The album debuted at number one and sold 4 million copies. In 2014 the singer performed during the Superbowl halftime show.

In 2014 Katy Perry also began her own record label which is currently called Unsub Records. She returned to her role as Smurfette in the sequel to The Smurfs. She began writing her new album in 2016 and released the track ‘Rise’. Her next album, Witness was released in 2017 and debuted at number one.

More recently she has appeared in Zoolander 2, released a shoe collection and lost a copyright lawsuit filed by Flame whom claimed that the beat of his track was used without permission. She has also recently been embroiled in a scandal after Josh Klosspublicly accused her of sexual misconduct, claiming that she pulled down his pants and underwear and exposed his penis to a number of male onlookers. He also claimed that he was prevented from speaking to the singer about the incident, she has yet to make any statement on the matter. She has been a judge on American Idol for a number of years

Katy Perry famously dated Travie McCoy from Gym Class Heroes whom she appeared alongside in the music video for the bands single ‘Cupid’s Chokehold’. The couple dated between 2007 and 2009. Their relationship allegedly ended because of Travis’s drug use and has said that he felt like stepping ladder for Katy Perry as things started to take off for her. Katy Perry reportedly broke up with him via email.

The singer then began a relationship with Russell Brand in 2009 after she met him on the set of Get Him To The Greek the previous year. The couple married in India in 2010 but divorced only 14 months later after Russell Brand filed for divorce. Katy Perry revealed that he requested a divorce over text.

She has spoken openly in the past about suffering from depression after the relationship ended and said that she struggled to get out of bed. She says that she has since gone on a mental health journey and found a partner whom helps to anchor her.

She then went on to date John Mayer between 2012 and 2014 and recorded a song with him before having a brief fling with the DJ Diplo. In 2018 she struck up a romance with Orlando Bloom whom she is currently dating.

Learn more about other music artists like Bob Dylan.